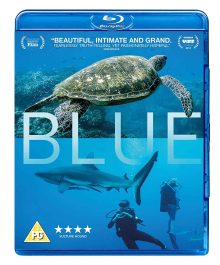 As a species, humans have never been more aware of not only the damage that they are doing to the ocean and the world we live in but how we know there are ways that we can slow this damage down and stop it. Karina Holden’s 2017 documentary Blue, did a terrific job of highlighting these two facts and thankfully it is now available to own on Blu-ray and DVD.

Going into the documentary I assumed that it would just focus primarily on the war on plastic that these people are trying to stop getting into the ocean, but we are introduced to what humans are doing to wipe out species of fish with overfishing and how far they will go to earn money and how the increasingly low levels of fish in the oceans are affecting small fishing towns.

Sometimes we take for granted how we obtain our meat and for some reason, in my head, I always assumed that with fishing it was just standard fishing boats with small crews and not the massive endeavour that it is. Some of the operations were truly overwhelming and that may be quite naive on my behalf and maybe that was what the creators wanted to point out, to help open the eyes of those who are simply not aware of what is really going on out there. Right away it was apparent that this was a documentary that should have been seen a long time ago.

One of the most shocking pieces of information taken from the documentary was the effect plastic in the oceans has had on not only fish but also the birds that would graze in the ocean to feed themselves and their babies. Nothing will prepare you to see what the team on islands in the Pacific Ocean are doing to help save this ever endangered species of bird. Seeing how much plastic and rubbish that these animals eat in such a short time period was heartbreaking and worth a lot of thought. 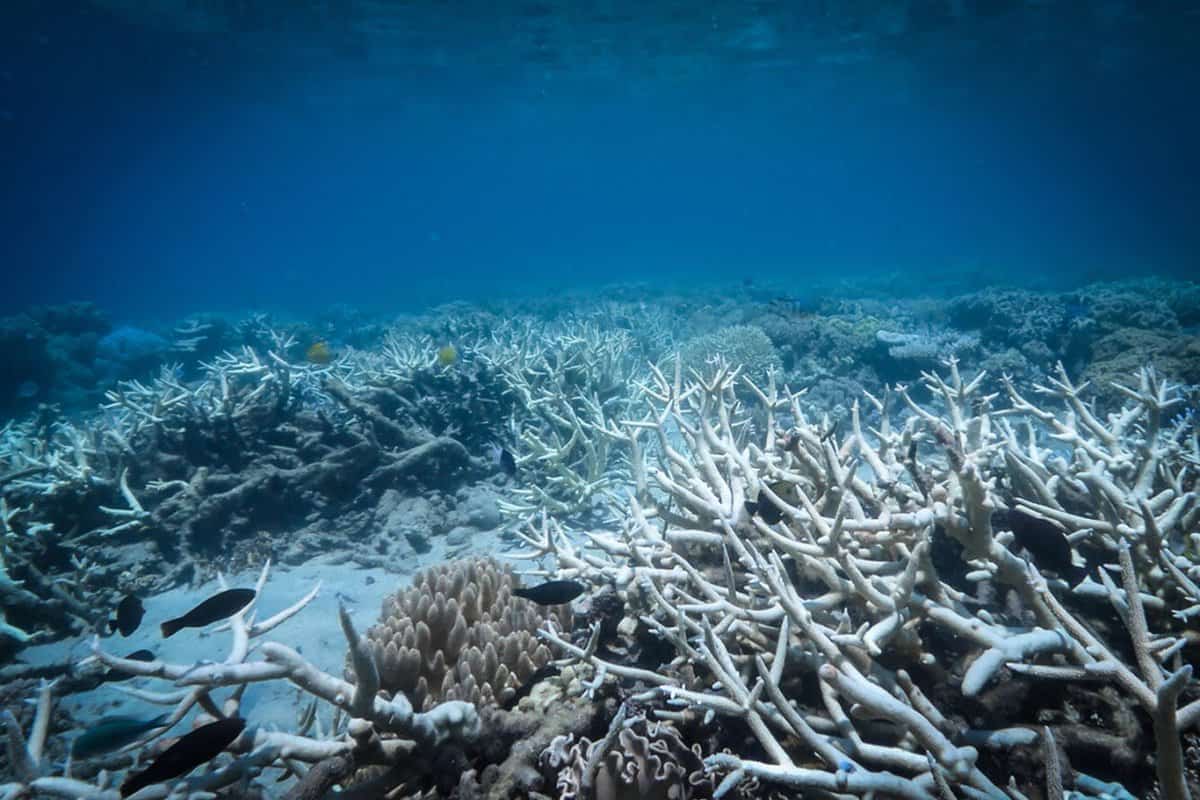 Each section follows along with the same pattern which is not a knock as it does work very well. Following how great and beautiful nature is and how we should appreciate it, then show how poorly we are treating it and what the consequences are of such mistreatment. On a rare occasion, we are provided with a little bit of positivity from the conservationists. In some cases, things are improving due to us starting to understand the damage we have done and on our reliance on plastic, but it may be too late at this point. As long as we keep trying to improve and innovate then hopefully we will get there.

As expected, the cinematography is spectacular, contrasting the majesty of the ocean with the manic bustle of life on the land. Following the animals in the sea and seeing how quiet and graceful their lives are without us interfering is so stark in contrast. This manic bustle is only ever ended when we join the conservationists who work in a quiet peaceful environment. There are the occasional issues with Blue, but they are very minimal at best with the one true criticism that every so often the narrator for their section tries to be too preachy and poetic. Not enough to distract the viewer from the documentary, but enough to notice it.

Another criticism that is almost the exact opposite of criticism is that the sections for each part of the documentary are far too short for my liking. I would have loved to have followed each person for at least a full hour as they investigate the risky techniques shark fishermen are now forced to take, the efforts and methods of the beach clearing teams along the coasts and much more. Each one has you wanting more, much more. Having the viewer want to follow these people for longer than the time we were allotted, will hopefully only be a positive for the overall cause. The hope is people do take notice and do try to take more responsibility in what they have done and are doing. By planting the seed with the documentary the creators of it, with a bit of luck, will inspire the viewer to conduct more research and look up these people trying to conserve the world and educate themselves further to support these causes. If Blue, doesn’t make you want to start and help, what will?

Blue is one of those documentaries that you wish you had heard of earlier as it is an important addition to the world. A great documentary that will stick with you for years to come. 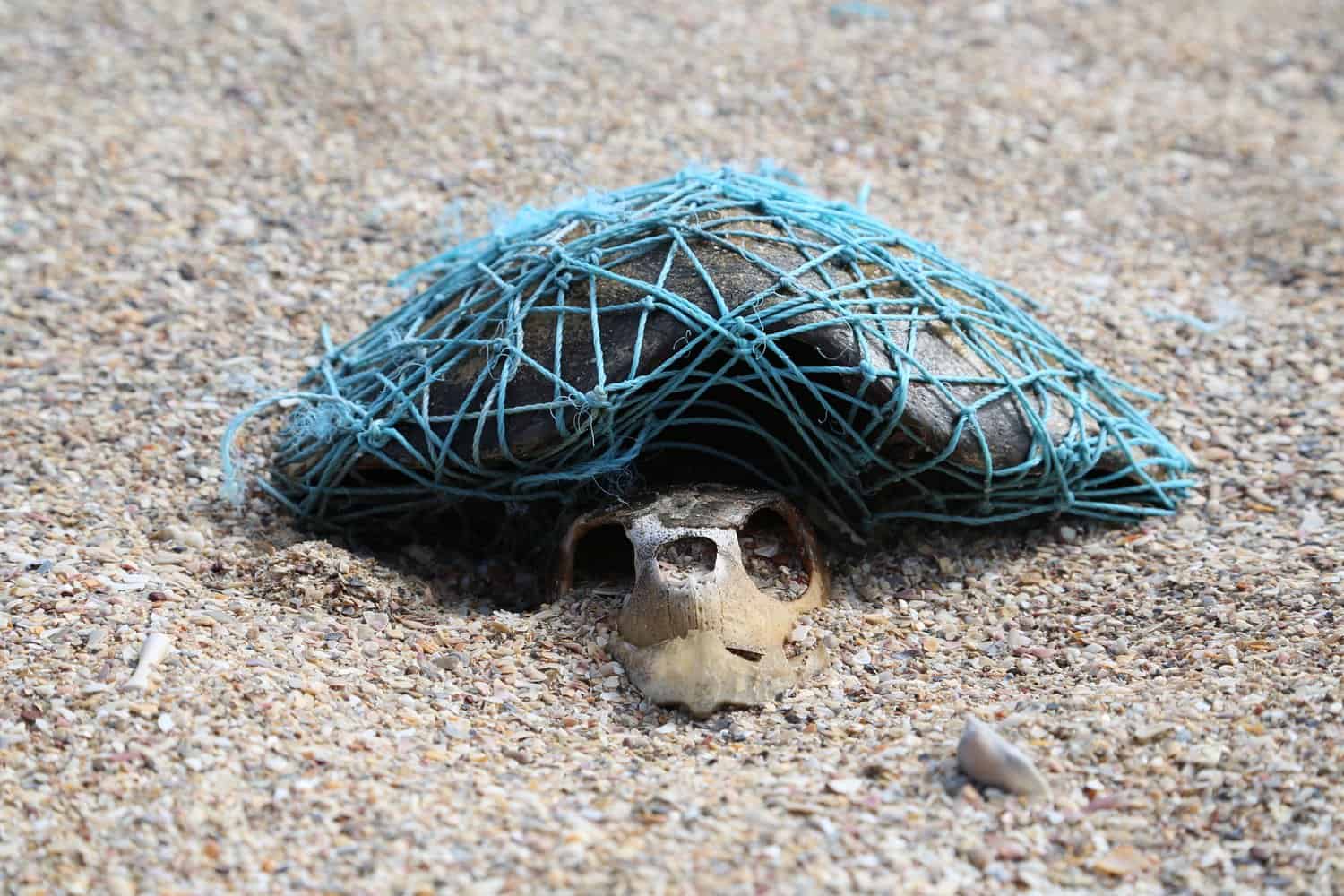 A Turtle’s Life
Coral Bleaching
Corporate Responsibility
For The Love Of Sharks
How The Ocean Is Changing
How to change the world
Marine Sanctuaries
Ode to Seabirds
Plastic addiction
Shark bits and bites
South pole, North Pole
State of the reef
Unsustainable fishing
We owe the ocean
Who is Jen?
Who is Lucas?
Who is Madison?
Who is Valerie?

As you can see there is an abundance of featurettes for us to browse totalling over 70 minutes of content. Due to the sheer amount of clips available, it would be unfair to go through each one in detail, so below is a small bunch of what has been given. Due to the nature of the clips included, unlike the documentary, there is a wide range of differences between each one.

With A Turtle’s Life, it may have been accepted that the viewer would be provided with a sweet, but thoughtful story of the life cycle of a turtle, instead we are given a three-act poem showing the effect of plastic upon the species.

Although the documentary and video content are centred on the Pacific Ocean, we are provided with a piece about the South and the North Pole. The juxtaposition of the environments was interesting, and the featurette starts the way the majority of the pieces did in the main documentary. But, then the whole featurette is thrown to a different sombre angle that is not to be missed.

Who is Valerie? is a great little look into the life of Valerie Taylor, who you will love right away and then fall deeper in love with when you realise how important she has been to conservation in the world. Like the documentary, you could easily spend an hour or more with Valerie and listen to the tales of her life. A must watch.

The number of featurettes on the disc would almost be daunting for a viewer, but due to their length, it really is a joy and a great starter into learning about the issues at hand. There isn’t one that should be skipped which, again, is rare for a disc with so many additions. A great disc that makes it a must purchase.

BLUE is available for purchase now.