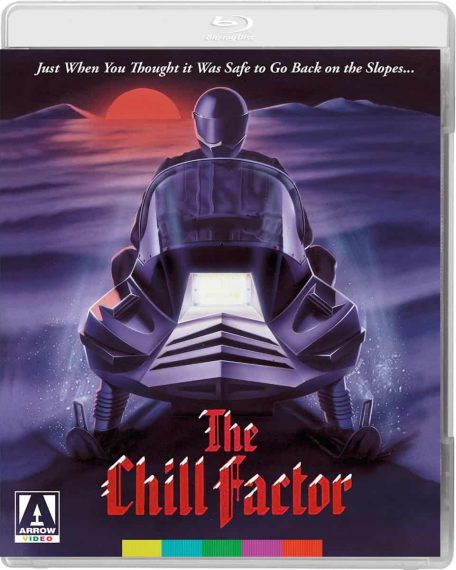 “I could drive a sled better than anyone!”

So begins the snowbound set, snowmobile loving (!), occult slasher The Chill Factor. An incredibly cheesy and seemingly inappropriate voice-over (stating the above quote!) begins this B-movie bonanza that only gets better (read: more bonkers) as the just-braking-80-minute-runtime continues. A group of young couples set off to drink and snowmobile (as you do) in the snowy hills, when one of the more douche-bag members challenges another to a drunken snowmobile race. This quickly leads to him being injured and the rest of the group having no choice but to take him to an old abandoned summer camp, while one of the other dudes goes to bring medical help. While in the spooky surroundings, the group find an old Ouija board and play it (of course they do!), releasing a long dormant demon who quickly possess the injured member of the group, leading to a potent cocktail nudity, grisly gore and B-movie madness. 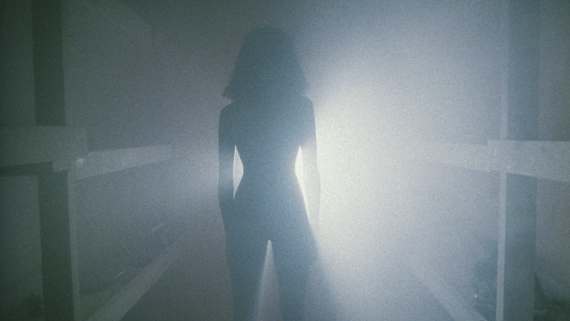 Produced and directed by Christopher Webster, producer of such classics as Hellraiser and Heathers, The Chill Factor was made at his infamous Windsor Lake Studios (who also produced the recently released and reviewed Trapped Alive) and this remains his sole directorial offering. Perhaps best as it doesn’t reach the heights of those much lauded aforementioned classics but it is a load of obscure, silly and occasionally gory good fun. Evidently produced in the 80s but not released until 1993, the film attempts to get as much production value out of its snow bound setting and groovy popular-at-the-time snowmobiles to cash in on the demon possessed slasher craze. And on those barmy terms, it succeeds.

There is plenty of cool snowmobile action (if that’s your thing!), a dose of kinky nudity, a demon killer, a cool death-by-icicle scene, and come the finale, a demon possessed snowmobile chase (obviously!). Barely released outside of the heady days of VHS, The Chill Factor is a welcome discovery for all trashy film lovers out there. If it had just got to the demon possessed action quicker (with little less tootling around on snowmobiles: don’t think I’ve written snowmobile so many times in one go!) then this would have been a real gem. As it is, The Chill Factor is a fun little oddity for fans of such and kudos to Arrow for giving it a new lease of life. While they, and other like-minded labels, are applauded for the shiny releases of respected cult classics that fan-boys and cine-philes gush over, they should also be praised for digging up, dusting off and putting out B-movie gold such as The Chill Factor. 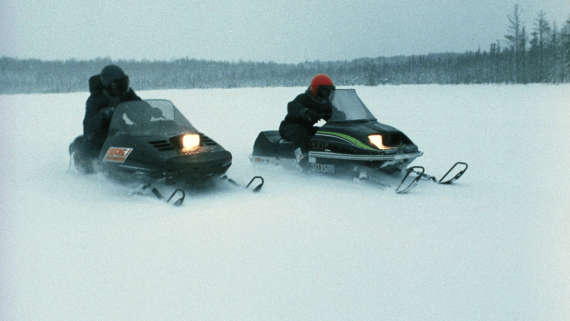 The best of the bunch are series of interviews with cast and crew: talking to stunt coordinator Gary Paul, make-up artist Jeffrey Lyle Segal and production manager Alexandra Reed, it’s another insightful and fun look into the trials and tribulations of what went into making B-movie shockers back in the day, while also offering some insight into the brief history of Windsor Lake Studios. Jeffrey Lyle Segal also gives some particularly interesting anecdotes about working on this film, Trapped Alive and Henry: Portrait of a Serial Killer.