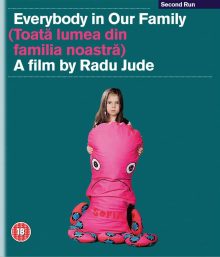 The Romanian New Wave is one of the more recent cinematic movements, starting around 2004 when two shorts, Cristi Puiu’s Cigarettes and Coffee and Cătălin Mitulescu’s Trafic, drew international acclaim on the festival circuit. These were soon followed by the first significant feature of the New Wave, The Death of Mr. Lăzărescu (also directed by Puiu) in 2005, and 2007 saw the release of one of the most famous titles, Cristian Mungiu’s 4 Months, 3 Weeks and 2 Days, which took home the coveted Palm d’Or at Cannes. These films were realistically portrayed, often quite minimalistic examinations of either the time leading up the fall of Nicolae Ceaușescu’s totalitarian rule over communist Romania, or the time after, exploring how the country has changed since becoming a democratic nation.

Radu Jude was assistant director on The Death of Mr. Lăzărescu and soon after directed a handful of acclaimed shorts (two of which are included on this disc) before moving into features, so was part of this movement. His later films haven’t always fit the traditional New Wave mould, but he’s established himself as a well respected Romanian director nonetheless, standing tall beside the likes of award-winners Mungiu and Puiu. Second Run are looking back a few years to Jude’s 2012 blackly comic drama, Everybody in Our Family (a.k.a. Toata lumea din familia noastra), giving it a decent Blu-Ray release in the UK. I’ve not seen a great many of the Romanian New Wave films, but what I have seen I’ve been impressed by, so I thought I’d give this a look.

Everybody in Our Family is set over the course of one day and follows a fairly straight forward premise. Marius (Serban Pavlu), a divorced man in his thirties, heads over to his ex-wife Otilia’s (Mihaela Sirbu) apartment to collect his daughter Sofia (Sofia Nicolaescu) to take her to the beach for her birthday. Things don’t go to plan though as Otilia is out and her new partner Aurel (Gabriel Spahiu) won’t let Marius leave until she’s back to give her approval, seeing as Sofia was sick the night before. Initially fairly civil, Marius becomes increasingly violent as the situation becomes ever more frustrating and tensions mount further once Otilia comes home. As vicious arguments break out, Sofia is left in the middle of it all, with little true comfort or love coming from either side. 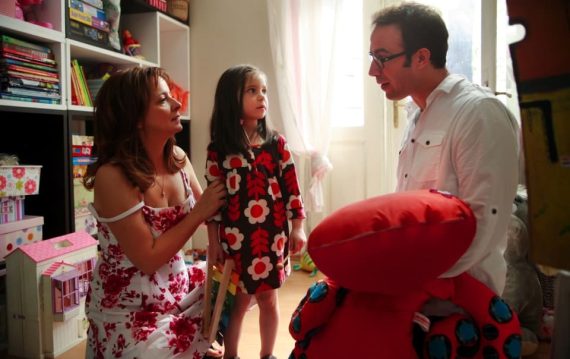 While most divorce dramas wring the situation out for emotional impact, or more often straight-up melodrama, Jude focuses on the absurdity of it all and the thoughtless, selfish actions people can take in such desperate situations. I wouldn’t call it a straight up comedy, as the film is tough and can make for very uncomfortable viewing, but the caustic barbs and extremity of lengths the characters will go to in order to have their way is sickeningly funny.

Although Marius’ actions get quite extreme in the second half, they never veer far enough into ridiculousness to lose their believability either. This allows for a disturbingly ‘real’ depiction of divorce, despite the film’s absurdist tendencies. Aiding this naturalism, on top of some gritty handheld camerawork, are some excellent performances. Pavlu injects just enough sympathy into his character to keep us watching, whilst never shying from his many flaws. None of the adults come across as squeaky clean in fact, with no single character shown to be the sole cause of the problems. We even meet Marius’ parents who aren’t supporting his emotional wellbeing during this troubling time. Everyone seems to be acting childishly or selfishly in some way.

Nicolaescu is the key reason the film doesn’t just become an unwatchable and purely nasty affair though. She’s a wonderful child performer, coming across as totally natural throughout and exuding the innocence and warmth needed to offset the carnage going on around her. It also adds to the impact of the emotional neglect put upon her by her character’s parents. 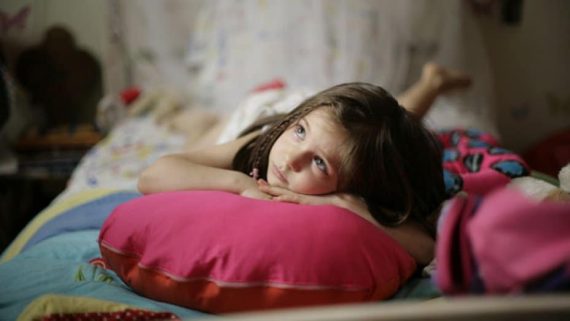 Overall then, it’s an intense, uncomfortable and acidic chamber piece that’s strangely entertaining in its approach. The innocent girl caught in the middle and slight glimmers of sympathy on all sides keep it from being overly unpleasant or unbelievable, as well as the subtle vein of pitch-black humour running throughout. It’s maybe not easy viewing, and you often don’t know whether to laugh or cry, but in my mind these are signs of a film that’s well worth watching.

Everybody in Our Family is out on 25th March on Blu-Ray in the UK, released by Second Run. I watched the Blu-Ray version and it looks and sounds great.

The interview and booklet are valuable additions, helping understand the director’s intentions behind the film and how it sits among his other work and that of Romanian cinema in general. The short films are also a welcome bonus for anyone interested in delving further into Jude’s filmography. Alexandra is particularly interesting to watch, as it acts as a precursor to Everybody in Our Family, centring again around the theme of divorce and also featuring Pavlu in a lead role.