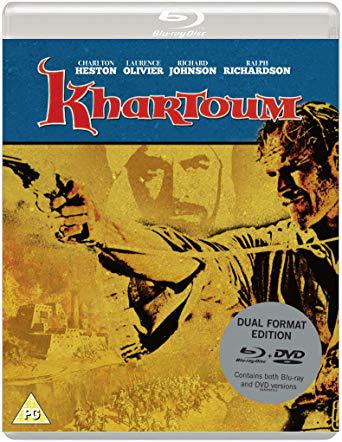 Khartoum is magnificent and marvellous, a monumental lavish historical spectacular, with a star studded cast, directed by Oscar nominated Basil Dearden. Exploring English colonisation, religious fanaticism, heroism and sacrifice with impressive battle sequences.  Khartoum is given even greater sobriety as the philosophical and moral debates surrounding the righteousness of military action are revealed.

In 1880s Sudan, thousands of British-led Egyptian troops are massacred by Arab fanatic Muhammad Ahmad (Sir Laurence Olivier) as Mahdi he is Mohammed’s chosen warrior to battle against Anglo-Egyptian rule. Legendary Major General Charles George Gordon (Charlton Heston) is sent by Prime Minister William Gladstone (Ralph Richardson) to save the city of Khartoum from the Mahdi. However Gordon of Khartoum is only given one aide (Richard Johnson) and limited support from the British government a move driven by political wrangling and correctness. Gordon must face his fearless opponent with limited resources, while the Mahdi is determined to create a new rule, culminating in a stand-off which is bound to erupt in bloodshed. Gordon attempts to avoid the impending slaughter in this wide screen epic by visiting the Mahdi’s camp unarmed with only one companion, brave Gordon earns the respect of the Mahdi which is reciprocated, but will it be enough to hold the peace.

Khartoum’s gravitas is further increased by an army of stars including Academy Award winners Charlton Heston (Ben-Hur, Planet of the Apes) and Sir Laurence Olivier (Spartacus, Hamlet). This is an Oscar Nominated film by Directors Basil Dearden (Sapphire, Dead of Night) and Eliot Elisofon (known for his editorial work on The War Lord and Moulin Rouge). We are awestruck with stunning battle scenes staged by the creator of the Be-Hur chariot race and enthralled by the last film to be shot in Ultra Panavision 70 until Tarantino’s The Hateful Eight in 2015.

This stunningly crisp Eureka Entertainment release, Khartoum is part of the Eureka Classics range in Dual Format, released on the 3rd December 2018, I for one will be having a look to see what other treats are in the collection. 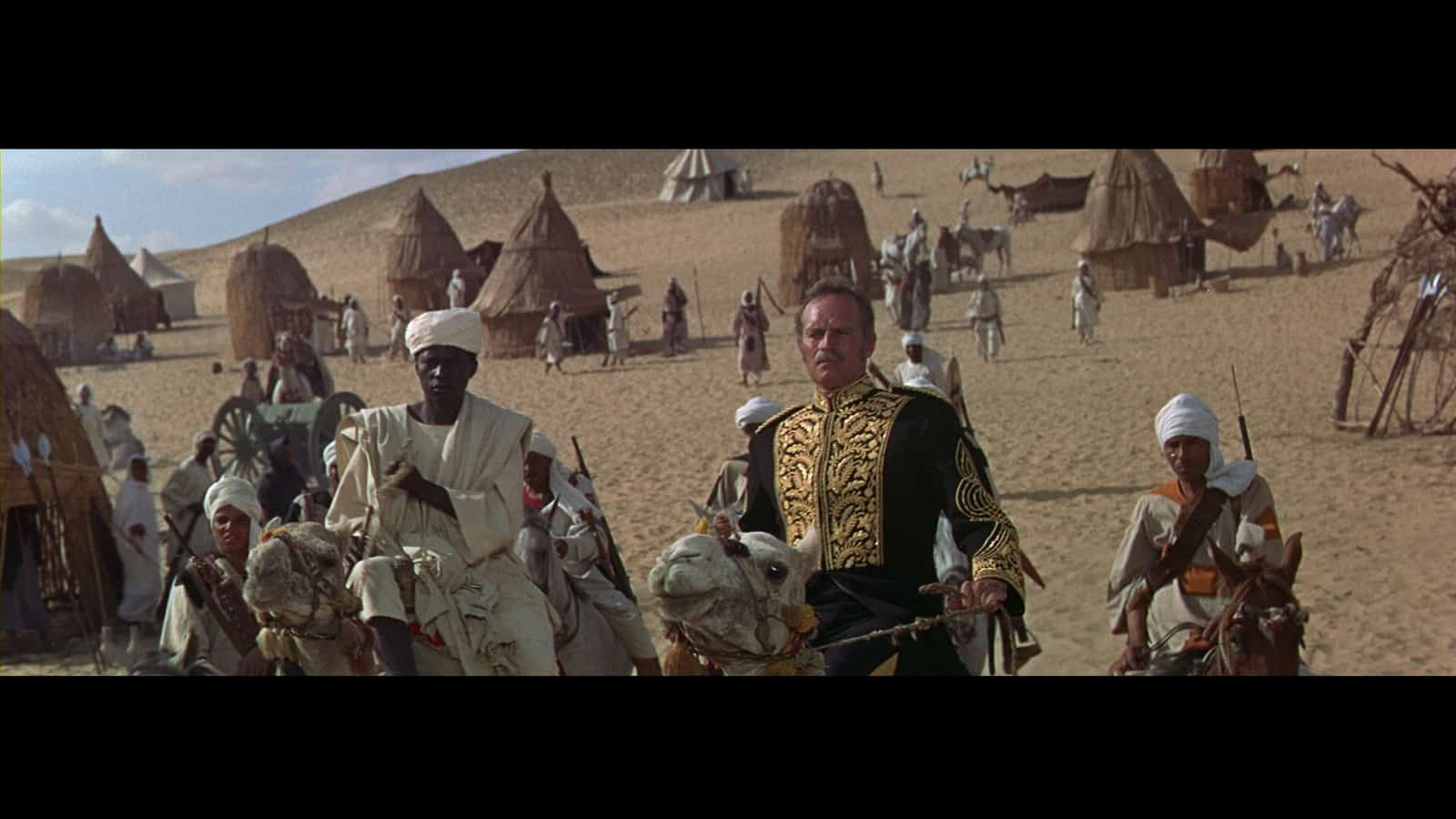 The dual format special features include a 1080p presentation on Blu-ray, from a gorgeous high-definition transfer presented in the film’s correct aspect ratio of 2.76:1 and LPCM 2.0audio. Included are optional English SDH subtitles, audio commentary with film historians Lem Dobbs, Julie Kirgo and Nick Redman along with an exclusive new interview with film historian Sheldon Hall and. The release is topped off with the original theatrical trailer and collector’s booklet featuring a new essay by Phil Hoad, alongside a selection of rare archival imagery.

The remarkable clarity of this production is awe inspiring, offering a bright new crisp and exhilarating experience. I am only able to comment on the superb content, sound and picture quality of the disc as I did not receive the finished packaging or booklet with the review disk.