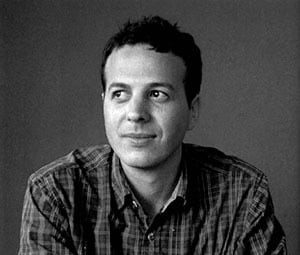 Amat Escalante, the writer and director of Heli (released May 23rd), managed to find some time in his hectic promotion schedule to speak to me about his latest project.

Amat, since you finished the film (Heli) how many times have you watched it?

Completely from beginning to end, maybe 2 or 3 times

Are there any scenes you find difficult to watch?

For me it is very personal why I wouldn’t like to watch a scene; usually because it doesn’t come out how I wanted, maybe I wasn’t able to achieve something or I saw some defect. The parts I like to see the most with an audience, in all my movies, I like to see when the audience jumps or gasps or acts surprised.

I think the scene I like a lot is when the young couple is in the car, you know,  they are kissing and stuff and then he goes to lift her.

I love that scene – did you plan that?

That was planned. It was in the script, some people thought it didn’t fit on the page and was out of place but I felt that it would work. I liked the idea of him being frustrated and taking it out in some way he can, in an innocent way and a surprising way. I had the dialogue and the scene very clearly planned, but of course when you are shooting with non-actors things can go astray, it went to different places than I planned and I like that it ended up being a scene quite different from what I expected just because of the way that the actors reacted to it. They were so nervous shooting that scene; I hope that it shows, he was very nervous. I asked him what was more difficult this scene or the torture scene and he said the kissing scene was much more difficult for him, more stressful. It was difficult for him to be with the very young girl, we worked it out so they weren’t really kissing ever. It was them and me sitting in the back of the car, I was out of shot but very nearby them, and I had to push them together because they didn’t want to be together (laughs) but of course they knew what we were doing and they are both very smart young people and it was very nice to work with them. 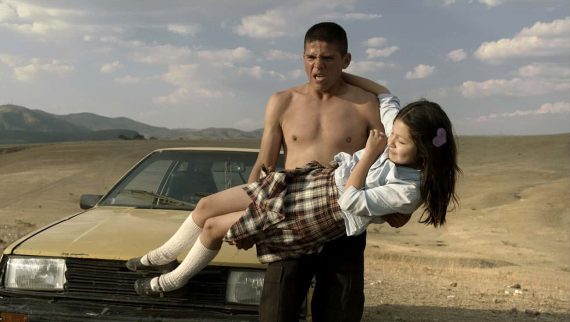 Why do you prefer non actors?

I look for both, I look for everybody. For Heli I looked at a few hundred actors and thousands of non-actors. When I am writing a film and thinking about it and casting I get very inspired by real people around me, how they speak, their way of acting and walking and it would be a shame for me to just ask an actor to emulate that. If I can put the real person in front of the camera, it’s interesting, it makes it more exciting, more raw, more unpredictable because a lot of what comes out of non-actors is constructed by an accident. I let those things happen and I just tell them the most important thing is for them to not look at the camera and if they make a mistake just keep going. All my movies are full of those mistakes and errors and I build on them. The main actor, Heli (Armando Espitia), was a real actor; I like to work with easy people who are down to earth and not complicated. It doesn’t matter if they are an actor or not; many times actors are more complicated and delicate and I don’t like that so much, unless it is going to add anything to a character. In Heli for example the main guy is sort of fragile and that’s the way he has to be so you feel more vulnerable for him, so in that way it worked.

There is a documentary feel to the film – using non-actors, no music, the style of shot, is that part of how you find your truth?

When I’m making the movie I am careful that every day at least we capture something not planned, that happens in nature. The kid who gets up when they are burning the drugs – that just happened, so I said ok let’s film it. The way that I show everything in the movie it has to feel as though there is nothing between the movie and the audience, that’s kind of the idea, that’s why I don’t use music and that is why it looks like it does. Of course you cannot make a movie without manipulating the audience I think because right away you are confined to a shot on a screen, and whatever is shown on camera. It’s more about creating the nuance of reality and the appearance of reality; I try to show directly what is happening so the audience can feel like they are behind a looking glass and looking at the situation without being able to cover their eyes. 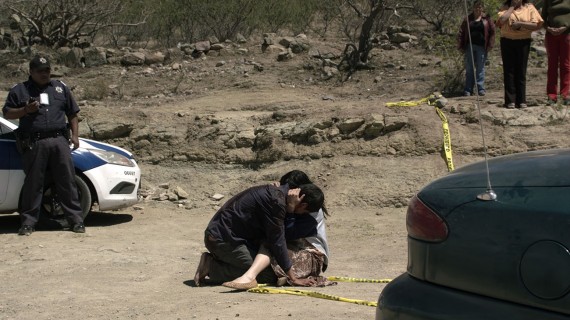 You mentioned previously about working without censorship and I find that interesting when the film doesn’t necessarily show Mexico in the best light, do you feel under any pressure to censor yourself?

In some ways there’s no censorship but I do have to be very careful not to mention any real names or real institutions of the government or anything so in that way if I was a journalist in Mexico I am not sure I could say there is no censorship from the government because if you write certain things maybe you could end up dead or have a death threat against your family. I feel I have been lucky in part with this movie as no one even knew I was making this film until after it came out at Cannes so it was a bit too late to censor. Many times in the past some regimes have not allowed some movies to come out but that only makes it more attractive to lots of people to want to go and see that movie.

Everyone knows what is happening in Mexico and I just put a fictional story over the top of it. The violence [in the movie] in a way was censored because they gave it a very high rating in Mexico, a C which is the highest, but for example a Tarantino movie gets a B rating so less younger people can see my movie. I think it is because the violence is set in a different country as well as how it looks. It’s more respectful the way I show violence and death rather than show it as it is cool and making people excited about seeing who dies next for the fun of it. In my movie the importance of that is underlined more, I have nothing against Tarantino, I love his movies, I just want to show things in a new way.

I have just done a short film for the internet, for a campaign against violence in Mexico; specifically about the trafficking of young girls and prostitution. I want to start writing intensely; I quickly wrote a script and I need to work on it and I hope to be shooting late this year or early next year.