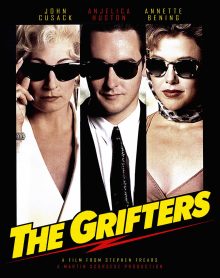 Good looking but nasty noir from the great Stephen Frears, The Grifters warrants much more love from the cinephile community as it’s a film that still sizzles and shocks almost 30 years after its release. Based on the searing novel by Jim Thompson (read it!), The Grifters is the story of three con artists who are forced to confront their own inner darkness when their lives and money swindling games collide. Lily (Huston) is a born and bred grifter (a scam artist) under the violent thumb of a gangster. Her son, Roy (Cusack) is also gifted in the art of the grift but when he’s injured in a con gone wrong, Lily has to abandon her latest job and go to her son’s aid. Throw in Roy’s equally gifted scam artist girlfriend Myra (Benning) and the trio soon find themselves using their con skills to manipulate each other as the dangerous world they live in begins to close in. 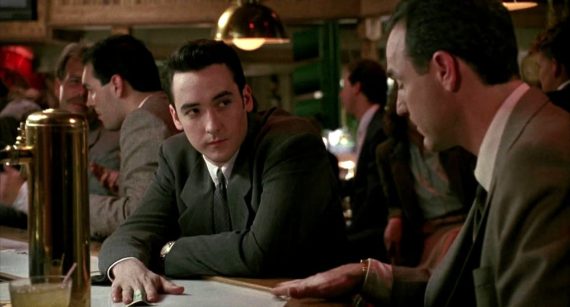 The Grifters is noir through and through, from the shady characters, to the crackerjack dialogue, to Elmer Bernstein’s magnificent score, to the slick surface cool which barely masks the moral disintegration lurking underneath. It may have been shot in the late 80s but the film has a timeless feel as no aspect of the film pins it down to any particular time period. It feels both modern and bygone but Frears and his crew ultimately create a vivid and intoxicating noir world. Oliver Stapleton’s smouldering cinematography (that final shot!) to Mick Audsley’s pin sharp editing (Lily’s decent to hell via elevator!) the film, for the lack of a better phrase, is a master class in world building. One can practically feel the sensuous seedy souls of the main characters drip from the screen.

Screenwriter Donald E. Westlake (an author in the same ballpark as Thompson and whose own book The Hunter was the basis for crime masterpiece Point Blank) pulls no punches in showing how corrupt the world the characters inhabit is and how it’s slowly and surely stripping away their souls. While it never wallows or lingers on the violence, the film does depict a dark world despite its sunny sheen. It can be a tough watch (the “oranges” scene is still unsettling viewing) but thanks to the talent in front and behind the camera, The Grifters is enthralling, exciting and emotionally challenging cinema. 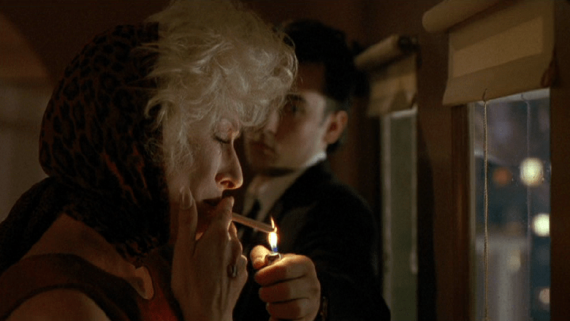 Perhaps unfairly overlooked on first release the flick has garnered quite a reputation since and is ripe for re-discovery for cinephiles who have yet to get round to checking it out. Still one of Frears’ best films (produced by everyone’s favourite filmmaker Martin Scorsese no less), The Grifters has lost none of its acid or allure and, again for the lack of a better phrase, they sure don’t make them like this anymore.

The Grifters is released in the UK on Blu Ray by 101 Films on May 21st 2018. Along with the superb film the disc comes with an limited edition booklet and a terrific documentary about the making of the film. Featuring key interviews with many of the main crew, it’s refreshing to see the makers talk so fondly of making the film and still be proud of it today.