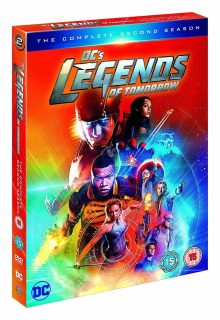 After the destruction of the Time Masters in Season 1, a new group of villains are using time travel for their own interests. The Legends must fight to protect the timeline from this new threat. The Legends are joined by historian, Dr. Nate Heywood (Nick Zano). Season 2 of this superhero action-adventure drama introduces a special crossover episode with ‘The Flash’, ‘Arrow’, and ‘Supergirl’.

In comparison to Season 1, this series has problems, but the time travel and comical elements definitely set it apart from other superhero series (except maybe for Marvel’s Agents of S.H.I.E.L.D). I must point out that if you love ‘fluffy’ comical superhero stories then this series is right up your street.

This series focuses on the spear of destiny, which was split into sections by RIP Hunter (Arthur Darvill). This season, with the help of Dr Nate Heywood (Nick Zano), they track down the missing pieces before the villains group, Legion of Doom, can use it to alter the course of history.

SCRIPT: In retrospect, this season the writers dig into the DC Universe history. The ‘Legion of Doom’ provides the series with the compelling, enjoyable, humorous villains that it lacked in Season 1. The ‘Legends’ take on the ‘Legion’, sadly in a very predicable way, they attack, escape, rinse and repeat. The villains, having failed on their own, have now combined together, which made me actually start routing for the bad guys as, to be honest, the writing clearly showed they were having fun with the characters.

“Out of Time” introduces newcomer Nate Heywood (Nick Zano) who turns to Oliver Queen (Stephen Amell) for help in tracking down the Legends one by one. Nate quickly forms a brotherly bond with Atom (Brandon Routh) and romances Vixen (Maisie Richardson-Sellers).

Vixen proves to be a strong character and a nice addition to the team. The character is the grandmother based on a character already introduced in Arrow some time before. You kinda wonder if she’ll be pairing up with Nate. So will they, won’t they go down that route, time will tell. 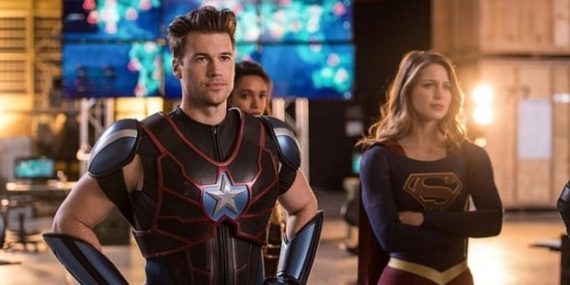 DIRECTION: The directing is very good here, given the style and the material. It’s stylistically the same as the entire DC television universe, so, sadly, nothing different from the rest.

CHARACTERS: Dominic Purcell is an outstanding actor, rich in history. Every scene he’s in he steals the show; he’s a loveable rogue and Dominic plays him effortlessly. In this season he’s still coming to the terms with losing his partner in crime (Wentworth Miller) resulting in some really touching moments. There are also strong performances from Victor Garber and Franz Drameh (Firestorm). The only character I feel has not been developed enough is the White Canary (Caity Lotz), from Season 1; she’s progressed to become the captain with all the knowledge of the ship. Err, ok, even though it took RIP Hunter years and years of training to become a time master, the writers have determined the White Canary can do it in less than a couple of episodes. That’s really poor character development. Caity Lotz is similar to Dominic Purcell and has a rich background and deserved a character worthy of those talents, because, to be frank, she’s so under used. She’s strong, powerful, comical and beautiful; you’ll see what I mean when you watch this season.

Finally shout out must go to Atom (Brandon Routh); come on, he’s another massive DC character, yet I feel he’s so underused. The guy’s a ‘frikin’ genius, yet why do I get the feeling the character is so poorly written. Again along with Caity, they’re both deserving of some decent character development. 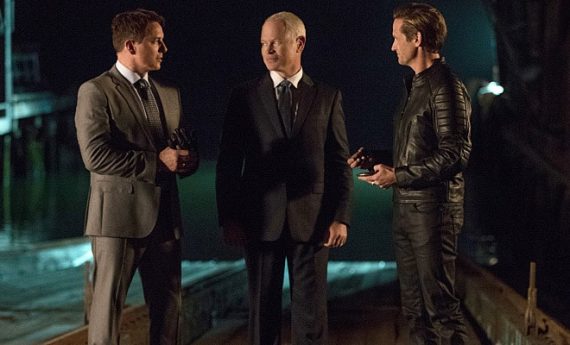 CINEMATOGRAPHY: Always, DC television text book 101. The shots, the angles, the movements, are all very good and stylistically unique to the whole DC franchise.

MUSIC: I liked the score a lot better than in Season 1 or perhaps I wasn’t paying attention in the last outing. Although it’s not as memorable as the score to Arrow, but really good.

ACTION: Excellent! As always, the stunt performers really do a top notch job constantly. They should be praised for the outstanding work they do. Without these people the DC television universe wouldn’t be the same. Well done all.

VFX: Again this series heavily relies on CGI, and, as a VFX supervisor myself, I have to say it’s a top notch job by the team at Deluxe’s Encore. If you want to see how some of VFX was put together check out the link. https://youtu.be/hMJfek4U8rs Again, like the stunt people, the work is truly stunning.

Overall, Legends Season 2 is a better outing than Season 1. I just feel that the writers need to develop the characters more because the actors they have are rich in talent. This season is really worth watching for the sheer joy watching the Reverse-Flash (Matt Letscher), Damien Dark (Neal McDonough) and Malcolm Merlyn (John Barrowman) for there comical, yet truly dark performances. DC, if I could have one wish, please give these villains their own spin off series for themselves.

This series is a rollercoaster ride, whether because of Rip’s motivations, Amaya and Nate’s romance, (with Amaya confronting her inevitable destiny) or the loveable rogue Rory trying to come to terms without his pal Snart. The final few episodes tie up loose ends, and what of the Legends, I hear you ask? This team of dysfunctional heroes deserves to go from strength to strength, with a little less fluffy writing and more developed characters. If they get the writing right this will be a series worthy of going on for many seasons to come.