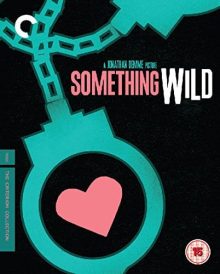 Before his death last year, director Jonathan Demme enjoyed a rather diverse and occasionally very popular career. He’s best known for the classic serial killer thriller Silence of the Lambs, as well as the highly regarded Talking Heads concert film Stop Making Sense, but in between and beyond those he made all sorts of films, documentaries, TV episodes and music videos. I must admit I’ve only seen a handful of his most popular work (including those titles mentioned previously), so I was intrigued to check out Something Wild. It wasn’t one of Demme’s most commercially successful films, but it sounded quirkily enjoyable and some critics believe it deserves more love, so I thought I’d give it a try.

In Something Wild, a free spirited woman named Lulu (who we later discover is actually called Audrey and is played by Melanie Griffith) spots a straight-laced businessman called Charles Driggs (Jeff Daniels) sneaking out on his cheque in a diner. Believing him to be a “secret rebel”, she takes him on an impromptu road trip to unleash his wild side. All is going well at first, as the two strike up a relationship and Audrey has Charles pose as her husband for her mum and high school reunion. However, it’s there that things start to go wrong, as Audrey’s ex-convict husband Ray Sinclair (Ray Liotta) shows up and isn’t so pleased to see her hitched with someone else. He takes the pair on a wholly less enjoyable trip of his own.

From the synopsis, era and title, I was expecting a wacky 80s comedy, but Something Wild has a darker, more serious side than I was expecting. There’s still a fair amount of comedy and fun to be had, but there’s an air of melancholy to the lead characters and once Ray is on the scene, some serious threat. Due to this, I did feel marginally let down by the film at first, as I was in the mood for something a bit more zany, but I respected enough of the film to still enjoy it. 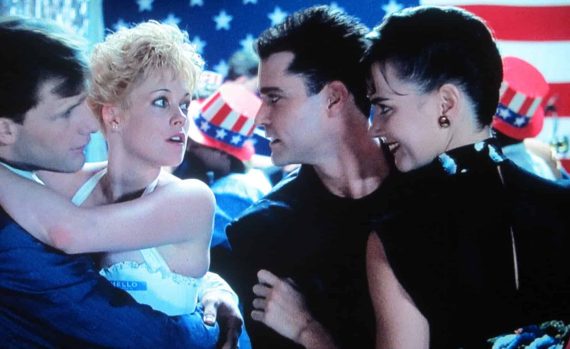 Demme infuses the film with a wide range of music to give it a lot of character. With his history of making music videos he had contacts in the rock and pop world so hired John Cale and Laurie Anderson to compose the score, although they only provide a handful of cues. Most of the soundtrack consists of sourced music, with a lot of reggae used in particular. There’s quite a bit of diegetic music on the soundtrack too with reggae artist ‘Sister’ Carol East making a cameo at the end and performing straight to the camera whilst the credits roll. Speaking of cameos, Demme also has a few fellow indie-directors and great character actors make minor appearances, such as John Sayles, John Waters and Charles Napier.

Demme’s visual style is striking at times too. The cinematography is rarely showy, but it’s colourful, nicely framed and contains some lively movement now and again. There’s a nice sequence in the middle in particular, when Ray makes his entrance. Demme uses a cool music cue and a dramatic shift in lighting (the cinematographer’s idea according to an interview on the disc) to herald Ray’s appearance and mark a shift of tone in the film itself.

The film has a loose, free-spirited feel to it, much like Audrey. I’m not sure I’d call it slow, but the film isn’t in a mad rush to get anywhere and doesn’t get bogged down in a complicated plot. Some of the twists and turns it takes as it moves on can be unexpected though, so the story remains involving even if it’s fairly simple. 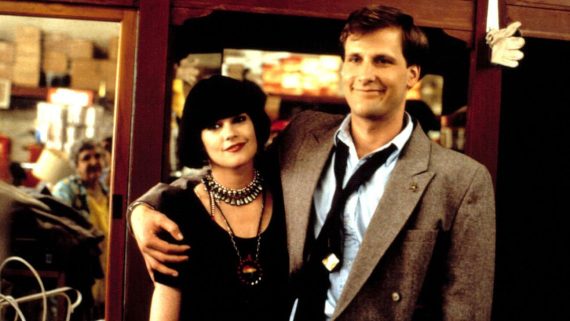 The performances are excellent. Daniels has always been an underrated actor and proves his worth here, pulling off the comedic and dramatic sides of his character with equal success. Griffith is as dependable as ever too, delivering lovability and sex appeal in equal measure. It was Liotta’s first big break into feature films and he delivers his particular brand of charisma and threat from the offset.

Overall then, it’s maybe not as ‘wild’ as I’d have hoped and perhaps it’s a fraction too long, but Something Wild is an enjoyable call to unlock your “secret rebel”. With Demme’s solid direction, heavy use of music and some great central performances, it’s got a lot of character, even if it doesn’t shove it in your face.

Something Wild is out now on Blu-Ray in the UK, released by The Criterion Collection. The transfer looks fantastic. It’s a detailed print with natural colours popping when required and the soundtrack comes through nicely.

It’s not the most exhaustive of Criterion releases when it comes to features, but the two video interviews are very good, offering a fairly thorough insight into the production.