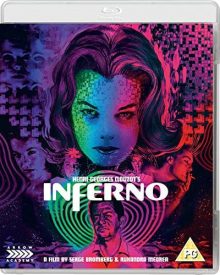 There are plenty of documentaries about films, particularly after the introduction of laserdiscs and later DVDs. Many of these exist merely as extra features on said discs, but some have been released separately and enjoyed critical acclaim, such as Hearts of Darkness which looked at the making of Apocalypse Now. There’s a kind of sub-genre of ‘making of’ films though and that’s what you might call the ‘un-making of’. That is, documentaries that look at the production of films that never got finished. There aren’t many of these, but a number have had decent releases and were well received. Lost in La Mancha is perhaps the best example, charting Terry Gilliam’s doomed attempt to make The Man Who Killed Don Quixote (which is finally being finished now). More recently we’ve had Jodorowsky’s Dune and The Death of “Superman Lives”: What Happened? too. In many ways, these documentaries are more interesting than those about films that were finished. Perhaps it’s a morbid desire to see things go wrong, or perhaps we’re simply oversaturated with ‘making of’ featurettes so stories about how shoots went or how special effects work are old hat to us now. Any way you look at it, hearing a story about a disastrous production is always fascinating.

The latest ‘un-making of’ to come our way (if you can call it the latest – it was made in 2009, but has taken a while to get a home release in the UK), is Henri-Georges Clouzot’s Inferno (a.k.a. L’enfer d’Henri-Georges Clouzot or Inferno). It’s a particularly fascinating film too, as it looks into the doomed 1964 production of L’Enfer (a.k.a. Inferno), directed by the great French director Henri-Georges Clouzot. After enjoying critical and commercial success worldwide with The Wages of Fear and Diabolique, Clouzot was offered ‘unlimited’ funds to produce L’Enfer by none other than Columbia Pictures. With the French New Wave kicking off a few years after Diabolique, a movement turning against his carefully orchestrated methods, Clouzot had something to prove and he seemed to be putting all his efforts into making L’Enfer something truly special. Along the way it all spiralled out of control though and fell apart. This documentary presents a large amount of the remaining material (camera footage at least – all but a few tests were lost from the recorded audio), combined with interviews with those involved and a few scenes of actors doing staged readings of portions of the script. 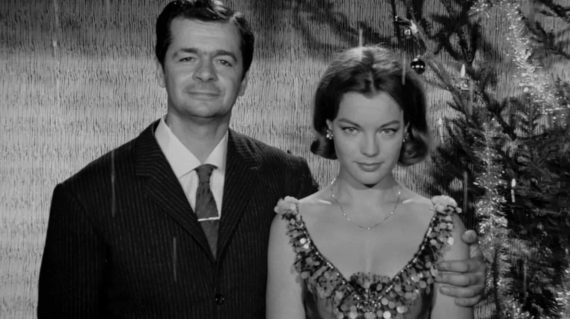 It’s a fascinating but frustrating watch, because much of the footage uncovered suggests the film, if finished, could have been a masterpiece. Of course, much could go wrong and to be honest the film’s story seemed a bit slight (basically a husband is jealous of his wife, believing she’s having an affair, and descends into madness caused by his jealousy), but some of the imagery captured by Clouzot to portray the husband’s troubled mind looks stunning. A large amount of the existing footage is of this dream imagery, as Clouzot spent several months shooting tests for these before the actual location shoot took place. Heavily influenced by art, experimental film and design from the era, Clouzot and his camera team played with light, colour, perspective, mirrors and other methods of distortion to create some incredibly striking imagery. The documentary is filled with it and it’s hauntingly beautiful, sensuous and potentially ground-breaking, had it been released at the time. This makes for a gorgeous-looking documentary, even if credit for the visuals should go to Clouzot rather than the documentary’s directors, Serge Bromberg and Ruxandra Medrea.

There are some revealing stories about Clouzot’s tough and obsessive production practises too, it’s not just an excuse to look at pretty footage. The director suffered from insomnia for instance, and liked to wake the rest of his crew up in the middle of the night with new ideas or to get bits of pre-production done. He also worked his actors to the bone, making lead actor Serge Reggiani run back and forth for days on end during a brutal heatwave in the south of France to capture one scene. Clouzot’s treatment of actress Romy Schneider (who is positively luminous in the existing footage) left a lot to be desired too. Although Bromberg and Medrea clearly admire Clouzot’s work, they don’t shy away from his problems. 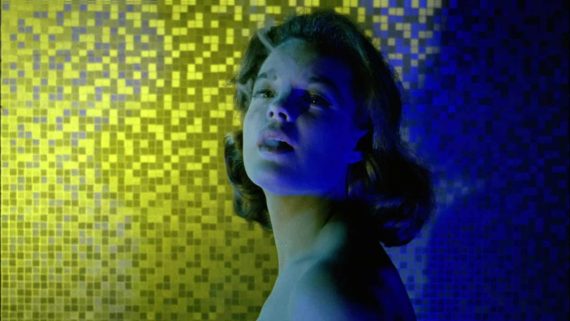 Overall then, it’s a tremendously interesting and visually stunning look at what could have been either a late masterpiece by a great director or an indulgent disaster. Instead it was aborted, so we’ll never know. This documentary does a wonderful job of giving us more than a mere glimpse of what was left though and just what went wrong. Like Lost in La Mancha, it comes highly recommended as another great example of that rare sub-genre, the ‘un-making of’.

Henri-Georges Clouzot’s Inferno is out now on Blu-Ray in the UK, released by Arrow Academy. The disc looks and sounds great, with the original material polished up nicely other than some minor jaggies I noticed here and there, although it might have been the TV I was using which wasn’t my own.

There’s a collection of special features included on the disc too. Here’s the list:

- Lucy Mazdon on Henri-Georges Clouzot, the French cinema expert and academic talks at length about the films of Clouzot and the troubled production of Inferno  - They Saw Inferno, a featurette including unseen material, providing further insight into the production of Inferno  - Filmed Introduction by Serge Bromberg  - Interview with Serge Bromberg
– Stills gallery
- Original trailer
- Reversible sleeve featuring original and newly commissioned artwork by Twins of Evil
- FIRST PRESSING ONLY: Illustrated collector s booklet featuring new writing on the film by Ginette Vincendeau

It’s not the sort of film you’d think would require extra features, but Arrow once again pull out all the stops to provide a thorough package and the pieces fill in any gaps on Inferno’s history left behind in the main feature documentary.