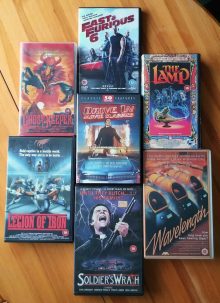 This weekend just gone marked the 16th (recorded) Weekend of Trash (previous write-ups can be found in the category archive). To shake things up a bit though, I thought I’d change the approach of my coverage of the weekend. Rather than just writing up my reviews I thought I’d tie it up with our newly restored Haiku Reviews by Tweeting haiku reviews as well as doing my usual mini reviews.

So, below are the full and haiku reviews of everything we watched over a weekend of sleaze, violence and downright nonsense. The full reviews are only brief (I’m not about to start writing notes whilst watching movies featuring evil genies) and ratings are largely based on entertainment value rather than quality, so take them with a pinch of salt. I’ve included clips and trailers when possible too. 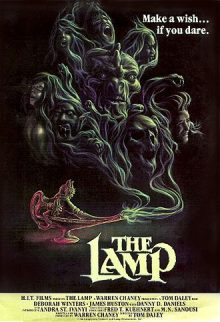 The Lamp sees an ancient lamp (of course) fall into the hands of a museum curator and his daughter. Little do they know it’s filled with an evil demon who wants nothing but to cause bloody mayhem.

After a cracking start this cheesy horror adopts a bit of a leisurely pace, but it’s good old fashioned silly fun. The kills are nicely varied and gory even if the makeup is pretty poor. The special fx are dated too but in the best possible way. All in all it makes for an enjoyabley daft retro horror.

Jive Turkey (a.k.a. Baby Needs a New Pair of Shoes) 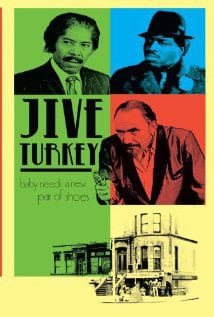 Dull blaxploitation /
Too much jive talking filler /
Not enough action

Supposedly based on a true story (yeah, whatever), this blaxploitation cheapie sees a numbers running gang face off against the mob in Harlem in the 50’s with predictably violent consequences.

This was disappointing. The budget obviously didn’t allow for much action so most of the film is made up of dull generic gang warfare nonsense and jive talking. A transvestite hit man/woman adds a unique selling point and makes for some strange, grisly murders, but overall this is pretty dull. 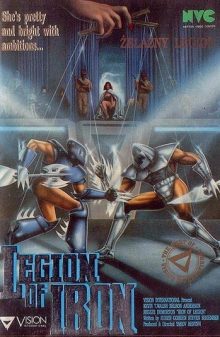 Legion of Iron opens with a high school football star and his girlfriend getting swiftly kidnapped and sent to an underground bunker in the middle of nowhere. Whilst there they are forced into slavery as a gladiator fighting to the death and a sex slave.

This started off a bit creepy and dark with some messed up rape and violence. However, once it settles in, the film becomes an enjoyably bonkers slice of 80’s cheese (although released in 1990). The finale in particular is bat shit crazy, climaxing with a face off between our heroes and a motorised glider which comes out of nowhere. 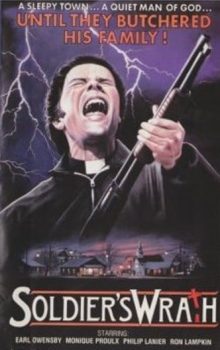 Soldier’s Wrath (a.k.a. Retribution or Dark Sunday) sees reverend “soldier” Lowry get half-crippled, his voice box shot out and his wife and child murdered by a drug dealer punishing Lowry for encouraging an ex-junkie to shop him in. This of course sets the man of the cloth on a vicious trail of vengeance.

This rare revenge drama/thriller was a bit of a downer and is overly glum throughout. However, for a grindhouse cheapie it’s pretty well made and fairly engrossing as a drama so it was a welcome addition to the weekend. 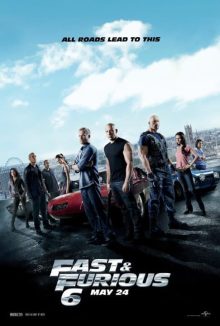 Paul, Vin and the gang return in the surprisingly long running action franchise. It’s way more mainstream than the films we usually watch on these weekends but its heart is in the right place for a weekend of trash and we all wanted to get prepared for the sequel coming out next week.

The plot sees the team of criminals team up with Dwayne Johnson’s government task force to stop a mercenary from stealing some high tech device which threatens the world’s safety or something like that.

The macguffin plot is merely there to string together a heap of ludicrously over the top set pieces and extend the family drama, but is all the better for it. I’m not a huge fan of the soapy aspects of the series and they draw out proceedings a little, but they do allow more heart than in many other action movies. The chase and fight scenes are great, even if they have got ever more physics-defying and CGI laden as the series has gone on and they still haven’t shaken the ADD editing style I’m not a fan of. All in all it’s highly entertaining though and I look forward to the next installment. 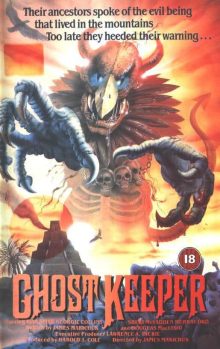 This had the most misleading cover ever. Promising a wyvern (or giant chicken as I originally thought) and some sort of pyramid, instead we got a fairly low key haunted house movie.

A couple and their friend are enjoying a new year holiday in the mountains of Canada when they end up in an abandoned lodge in the woods. It’s not quite abandoned though as a strange old lady, her son and possibly a mysterious third member of the family. This unusual bunch don’t give their guests much of a welcome as you might imagine.

Although it wasn’t as daft as its cover suggested, Ghost Keeper was nonetheless a solid, classily produced haunted house chiller. It’s clearly cashing in on the success of The Shining although it was produced in the year of that film’s release. Not only its setting, but a number of events in the second half are clearly influenced by King’s story and Kubrick’s film. There are allusions to Texas Chainsaw Massacre too with the creepy backward family of killers.

The first half is more effective than the second, but with a nice use of its location and some solid production values and cinematography, Ghost Keeper is an effective, atmospheric slow burn horror which is worth checking out if you can.

The Whole Film (with an alternate opening to the one we saw): 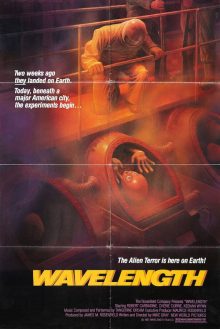 This little seen sci-fi flick sees Cherie Currie shack up with Robert Carradine only to hear/feel strange noises and sensations. They realise these are coming from an old air base nearby and the two go to investigate. They find the military have been covering up the existence of 4 alien beings and are experimenting on them. Feeling their pain through a strange psychic link, Currie’s character enlists Carradine’s to help free them.

Playing out like a slightly darker, more adult E.T., Wavelength is an engrossing, well produced sci-fi movie with a cool Tangerine Dream score. The finale isn’t particularly exciting and the slow pace won’t be for everyone, but we enjoyed it on a Sunday morning.