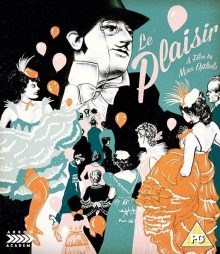 Max Ophüls is a hugely respected director, but his work isn’t often seen or spoken about these days. I must admit, I’d never watched any of his films before now either. I guess his penchant for what look like grand romantic melodramas didn’t appeal to me, nor to the modern cinephile who tends to lean towards darker, grittier fare. My tastes are broader these days though, so I was keen to take the Ophüls plunge when a screener for Le Plaisir, one of the director’s last few films before his death in 1957.

Le Plaisir translates to ‘the pleasure’, and the film is made up of three stories that each examine different aspects of the sensation. The first sees a masked man burst his way into a dance hall and stiffly, but exuberantly dance around the room, before collapsing. A doctor (Claude Dauphin), on removing his mask, realises he’s actually quite an old man and takes him home to recover, where he finds out about his past through the man’s wife (Gaby Morlay). The second is the longest story of the three, and sees brothel-madam Julie (Madeleine Renaud) take all of her girls on a trip to the country to attend the first communion of her niece. The final short tale sees a painter (Daniel Gélin) fall deeply in love with his model (Simone Simon), then endlessly argue after they move in together. The painter leaves her, but they end up married in the end through tragic circumstances. 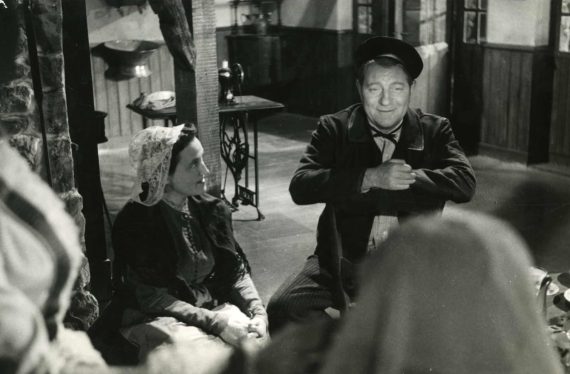 It’s an interesting trio of stories that look at what variety of things can cause pleasure, what pleasure truly means and what happens when it fades. Each story is very simple, including the lengthy middle section, which I did find a little slow compared to the rest of the film, but it was nonetheless captivating.

What impressed me most of all however, was the film’s visual style and energy. I’d heard Ophüls was famous for his tracking shots, but nothing prepared me for the scale, extravagance and sheer volume of camera movements I’d be treated to here. There’s barely a static moment in the whole film as Ophüls camera glides across dance floors, swoops around buildings and hurtles through apartments. Each frame is filled to the brim with activity and lavish production design too and Ophüls often incorporates unusual angles to further add visual interest. It’s a feast for the eyes (and ears – the music is wonderful) from start to finish that leaves you positively breathless.

The film is brimming with life in general, with the visual activity backed up by wonderfully realised slices of life that vary from thrilling dances, to the joys of travelling to the country, to spiritual pleasures and less respectable ones at the bordello. It’s not all happy either, with the first and last stories in particular providing some more melancholic and poignant notes. The film is largely a celebration of life though and there’s a fair bit of humour injected into proceedings. 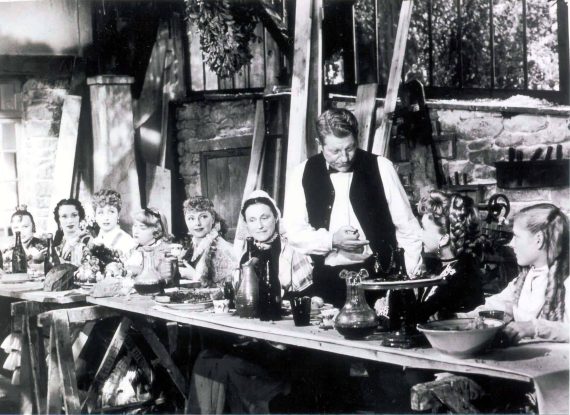 All in all it’s a stunningly vibrant celebration of pleasure, including both its ups and downs. It’s light on plot, so meanders a little in the mid-section, but it’s bursting with life in its crowded frames and near-constant graceful camera movement. I certainly need to watch more of Ophüls’ work and I urge you all to do the same.

Le Plaisir is out on 23rd October on dual format DVD & Blu-Ray in the UK, released by Arrow Academy. I watched the Blu-Ray version and the film looks and sounds great for its age. It’s a little burnt out in spots perhaps, but if you watch the included featurette on the restoration process, you’ll see they did a remarkable job under the circumstances.

There are plenty of decent special features included too. Here’s the list: