I got well ahead of the game this month and watched all three titles in my challenge in the middle of September. I’ve only just got around to reviewing them though, so these write-ups might be a bit brief and vague. I don’t make notes when I watch these.

October ended up being a strong selection of films, possibly the strongest so far. Below are my thoughts on the titles: 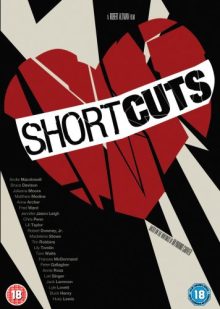 I’ve wanted to watch this for a long time as I like Robert Altman and have a soft spot for these type of large ensemble dramas with several interwoven storylines. The length has always put me off though (it’s a little over 3 hours long), so I’m very happy that Jim picked this for me to finally watch. I’m particularly happy as it ended up being as great as I’d heard and hoped. The cast is incredible for one. I’m not sure I’ve ever seen a stronger line-up of actors in one film and they all deliver top notch performances. Tim Robbins has possibly the most memorable role as a deplorable husband, father and cop. He plays it big, which could have resulted in being hammy, but it serves to make his character look childish and pathetic whilst he parades around trying to lord it over everyone.

The huge array of storylines are well balanced too and none feel disposable. They only loosely tie together towards the end, but thematically they work beautifully as one, forming an examination of life, love and death in L.A. The spectre of death looms particularly large as we’re regularly told about potentially carcinogenic spray being used across the state to tackle a Medfly infestation. The way one or two of the stories tie up is slightly unsatisfying and an earthquake effect in the finale is a little shoddy, but these are very minor criticisms in an otherwise superb film. 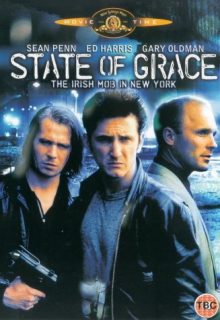 State of Grace is a film that got slated on its original release, but has developed a few admirers over the years, so I was keen to see for myself. Although not at the scale of Short Cuts, State of Grace also has an excellent cast that includes Sean Penn, Ed Harris, Gary Oldman, Robin Wright, John Turturro and a young John C. Reilly. The former three are the leads and are playing to type for the most part, but do so with great aplomb. Also playing to type so to speak is the plot, which is a typical undercover cop/mobster affair which offers few surprises. However, it’s very well put together, letting the cast showcase their skills whilst offering up some slick cinematography and an excellent final gun fight. The whole film is played very big, so some might find it a bit over the top, but if you’re a fan of a grand, stylish crime thriller, you’re in for a treat. 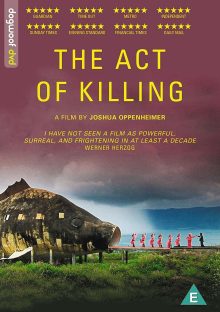 The Act of Killing

The Act of Killing was a film I was simultaneously very interested in and also a bit scared of watching. I’d heard it was deeply disturbing and I find such documentaries far more troubling than horror fiction films because you don’t have that “it’s only a movie” safety net. However, the film was chosen so I braved it. I’m glad I did too, as it was fantastic. Yes, the film is terrifying in letting former Indonesian death-squad leaders unflinchingly discuss their mass-killings, then re-enact them in the film genres of their choice, but I found myself more stunned and fascinated by their reactions than physically disgusted. I was surprised to find the film spends little time going into the politics of Indonesia and exactly what happened there and why, instead focussing solely on the perpetrators of the murders and how they’re dealing with what they did, almost 50 years later. The handful of people director Joshua Oppenheimer speaks to all deal with it very differently too, with some convincing themselves they did right, whilst the most closely followed subject, Anwar Congo, seems rather cold about it all. That is until the final scenes, which are astonishing. I don’t want to say too much in case you’ve not seen the film, but the finale to this has to be seen to be believed. It’s one of the most powerful sequences of documentary filmmaking I’ve ever seen. The whole thing is fascinating, original, incredibly brave and highly recommended. I need to see the follow-up now, The Look of Silence.