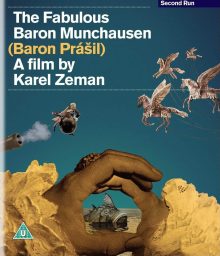 I’ve mentioned in the past how much I love discovering ‘lost gems’ through my film reviewing. Well, in watching The Fabulous Baron Munchausen (a.k.a. Baron Prášil) for my first review of a title from the respected Second Run label, my eyes have been opened to a film maker I wasn’t previously aware of and I instantly fell in love.

Karel Zeman was a Czech film director, artist, production designer and animator, whose groundbreaking fusion of live-action and animation earned him much recognition in the late 50s and early 60s among cinéastes, particularly after his 1958 film Invention for Destruction (a.k.a. The Fabulous World of Jules Verne or Vynález zkázy) took home several awards and found acclaim from some heavyweight international critics. He’s been dubbed the “Czech Méliès” and is known to have inspired several filmmakers such as Jan Švankmajer, Terry Gilliam and Tim Burton. His Jules Verne film is even believed to be the most successful film in Czech history, yet he’s not the household name you might expect (at least not outside his home country). Thank God his memory is being kept alive by the Karel Zeman Museum, the Czech National Film Archive and DVD/Blu-Ray labels like Second Run, because if The Fabulous Baron Munchausen is anything to go by, the critical adoration is more than justified.

The film takes many of the tall tales from the titular Baron (Milos Kopecký) and frames them with a new story developed by Zeman, wherein Munchausen meets a spaceman (Rudolf Jelínek) on the moon and takes him back to Earth to show him what life is like over there. The spaceman tries to explain that he is from Earth himself, but Munchausen doesn’t listen and proceeds to take him on a wild adventure through a range of unusual settings and situations, such as a Sultan’s realm, a voyage in the belly of a whale and a stint helping a proud military leader fight a grand battle. Along the way, the spaceman falls in love with Princess Bianca (Jana Brejchová). Munchausen is rather attracted by the young woman too, but his wit and chivalry do little to win her over. 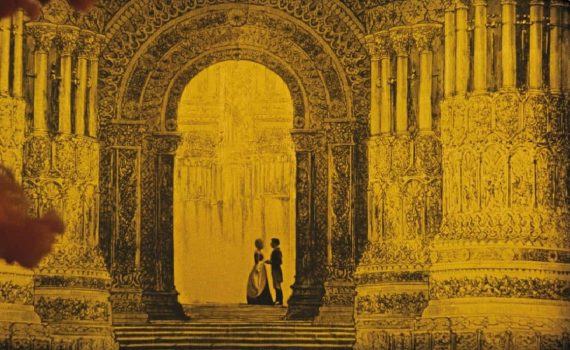 This is a film that needs to be seen to believed. The wacky plot, full of Munchausen’s hugely exaggerated boasts, is enjoyable enough, but it’s the way in which Zeman presents it that truly astonishes. Not concerned with creating photo-realistic effects like filmmakers nowadays seem set on, Zeman is more interested in bringing alive period artwork, particularly the engravings of Gustave Doré. So he fuses live-action footage with beautifully hand-drawn backgrounds and settings (largely added on using small frames, mattes and camera tricks rather than painting huge sets) as well as unusual animated creatures for Munchausen to fight off along his journey. Each frame is a true work of art and looks unlike that of any other film. Although technically a colour film, much is in various tints of monochrome, but with a variety of colours cutting their way in to dazzling effect.

The Fabulous Baron Munchausen is more than simply pretty though. It’s wildly imaginative and brimming with life and energy. Zeman throws in all sort of unusual techniques to create a constantly exciting experience, such as adding boldly contrasting coloured smoke effects to scenes to create a sort of psychedelic storm. An earlier scene where Munchausen single-handedly fights off a dozen soldiers takes things to full-on experimental new heights too, using strobe-like lighting and expressionistic editing and sound effects to let you make up your own mind exactly how he defeats them.

Speaking of sound effects, the film’s use of sound and particularly music is incredible. I loved the scenes with the Sultan when Munchausen speaks in the “language of diplomacy”, which sounds like it comes from a musical instrument. The score in general, by the legendary Czech composer Zdenek Liska (The Shop on Main Street, The Cremator), is astonishingly rich, unusual and often strangely beautiful. I was desperate to buy it after watching the film, but sadly it’s not available. 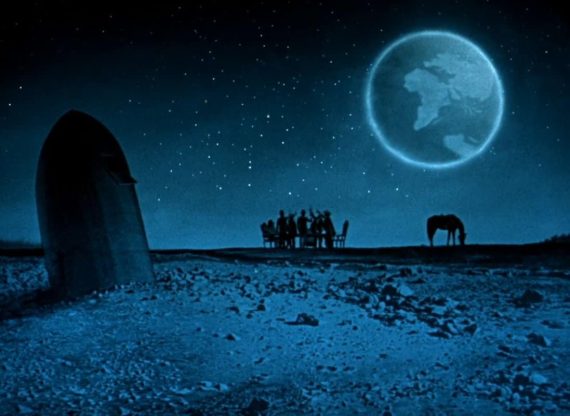 All of this technical wizardry and artistic beauty is bolstered by the fact that the film is also a lot of fun. The Baron and his far-fetched adventures are a joy to behold, aided by Kopecký’s spirited and suave performance. There’s a lot of humour to be had along the way, even some slapstick, and it all works a charm. Even some of the potentially groan-worthy gags made me chuckle (such as the ship’s captain identifying which sea they were sailing through by the colour of the water – i.e. the Red Sea, the Black Sea etc.)

I can’t praise the film enough, yet it’s hard to put into words what it’s like to watch, as it’s a true one-of-a-kind experience. To make an attempt, I’d say it’s the sort of film Wes Anderson, Terry Gilliam and Ray Harryhausen would make if they spent a few months together taking a lot of hallucinogenic drugs. Wildly inventive, hugely entertaining and eye-poppingly stylised, it’s an incredible film that could easily become a personal favourite. I’m desperate to see more of Zeman’s work now, so fingers crossed Second Run are working on some other titles.
They’ve already released his follow up, A Jester’s Tale, so I’ll be sure to grab a copy of that.

The Fabulous Baron Munchausen is out on 24th July on DVD and Blu-Ray in the UK, released by Second Run. I watched the Blu-Ray version and the transfer is fantastic. The picture is clean and detailed, and the wonderful soundtrack comes through nicely.

Second Run have included a wealth of extra features too. These include:

The Film Adventurer documentary is worth the price of the package alone. It’s a fantastic piece that looks over Zeman’s whole life and inter-cuts this with footage of young film school students attempting to recreate some of his most famous effects shots. This works well in showing you how things were done and helps you appreciate all the work Zeman put into his films. There are plenty of clips from all of his shorts and features too, which only fed my urge to get my hands on more of his work.

Michael Brooke’s appreciation is excellent too where, to avoid clashing with the aforementioned documentary, he focuses on the character of Baron Munchausen in the first half, looking at how he became such an icon around the world and how he has been depicted on screen over the years. Then in the second half, he looks at Zeman’s film in particular. It’s a fascinating watch that helps you get more out of the film.

The other featurettes on the disc often contain clips of interviews used in the feature-length documentary, so there’s a lot of crossover, but they’re still worth looking through and I wouldn’t like to complain when it’s such a well compiled set.