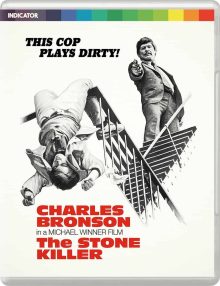 The Stone Killer begins with Detective Lou Torrey (Charles Bronson) shooting a teenage hoodlum who has wounded a fellow cop. As he walks away from the dangling body he says, somewhat philosophically: ‘A kid like that can’t find his way over the respectable white wall so numbs the pain with junk!’ However, Lou’s continued violent conduct in New York is becoming a problem for the authorities and soon after he’s put ‘under the cosh’, which encourages him to quit. An old acquaintance hears that he’s back on the market though and offers him a job as a lieutenant in L.A, which he readily accepts.

His first job is to help deliver a guy who wants to testify against a gangster, possibly by the name of Wexton, in order to reduce his sentence. However, as they’re exiting New York airport together the ‘grass’ gets gunned down by some passing hoods and thus begins a convoluted police crime thriller, involving an old Sicilian Mafia family feud, which has more than its fair share of violence and racist one-liners, one even being aimed at old Charlie-boy himself when a colleague affectionately says: ‘You w*p bastard – it’s been over two years.’ 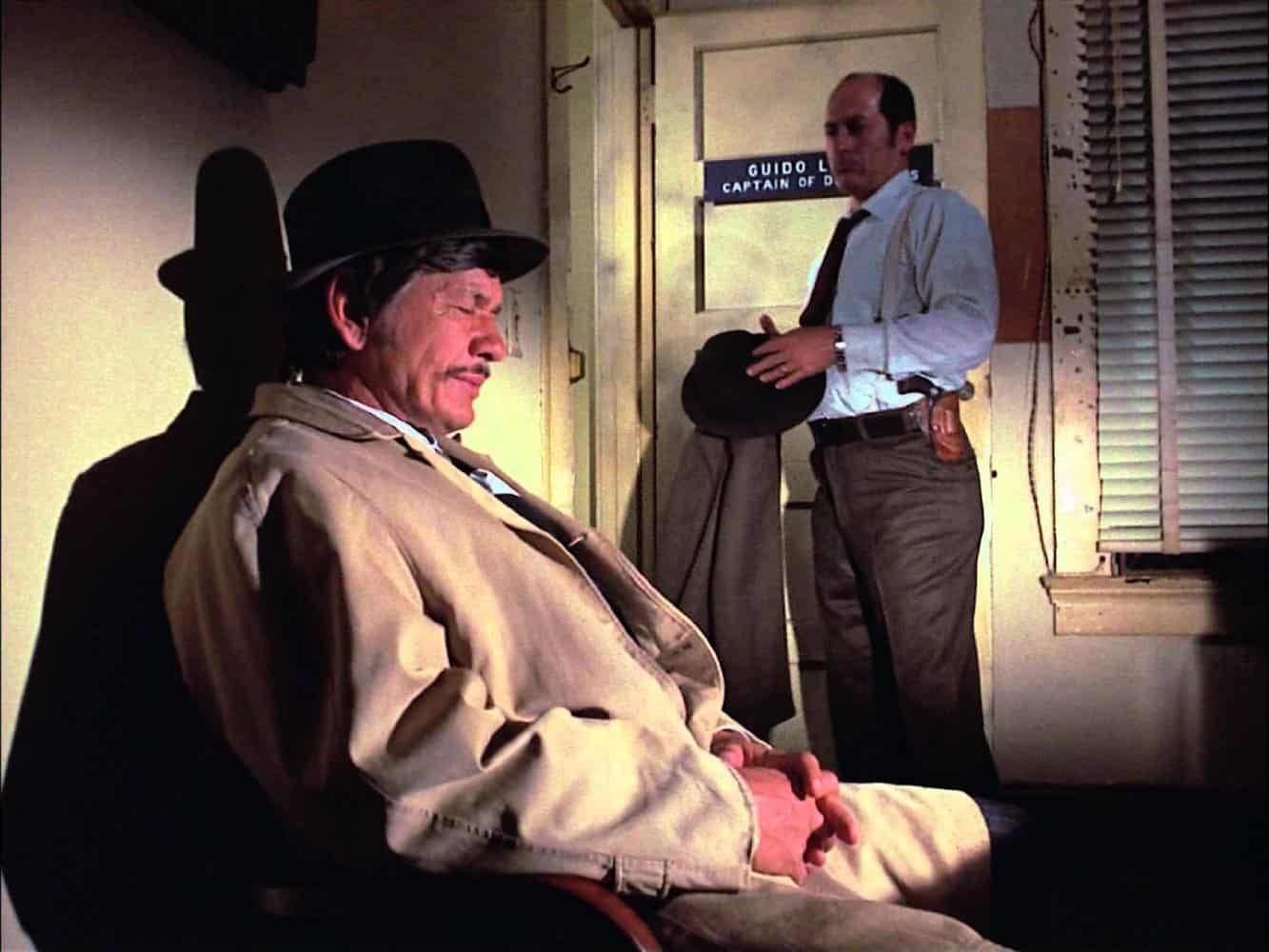 Charles Bronson is on form playing the sort of character that he could play in his sleep, namely a tough, no-nonsense man of authority who takes down few names – unless they’re written on toe-tags – but hands out a lot of pain and rough justice.

The film packs quite a lot in, but still manages to be steadily paced, especially when compared with modern films. Although the film holds the interest I have to say that cinemaphotographer, Richard Moore, isn’t the most exciting lens-man, and I found many scenes felt a little flat. However, things do pick up a bit during the second half and there’s an exciting car/bike chase that culminates with a vehicle ploughing into a shop front.

Winner enjoys his actors spouting some cool, hard-boiled lines, such as ‘They give a good massage and a quick piece of ass’, ‘The FBI can piss in their collective ear’, or this exchange: ‘What hit me?’ – ‘A complete state of death!’ Plus, he also likes to include the odd moment of less than subtle symbolism such as when Lou can be seen in a mirror looking at Goya’s famous painting of Saturn devouring his son. 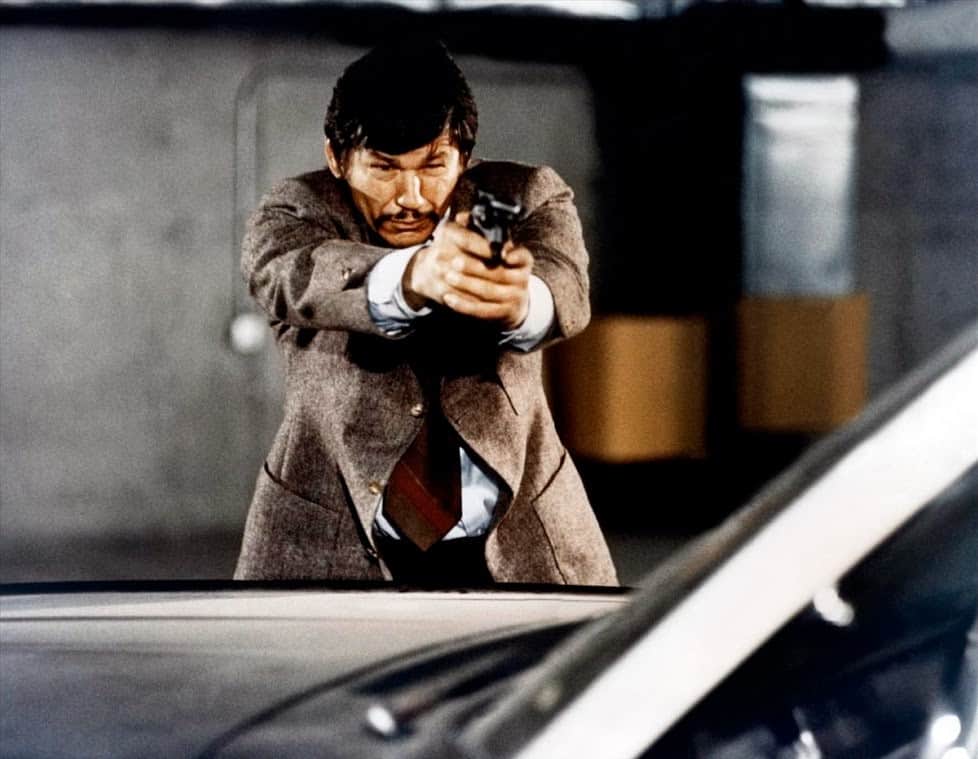 The Stone Killer is based on a book, called ‘A Complete State of Death’ by Death Wish scribe John Gardner. And, as you can see by my previous comment, they even managed to squeeze the title of the original book into the film in good old Hollywood tradition. I also learned what a ‘stone killer’ is. For those who are curious, stone killers are unconnected outsiders who perform kills for the mob.

A couple of other elements that are in the movie’s favour are the amount of additional period ‘colour’ that Winner squeezes into his film, namely references to The Black Panther movement, a scene set in an ashram, and another at a Indian Reservation, plus there are a few really good stunts sprinkled throughout its running time.

Overall, I enjoyed The Stone Killer, but struggled to really get excited about it when it came to writing this review, hence the average score. 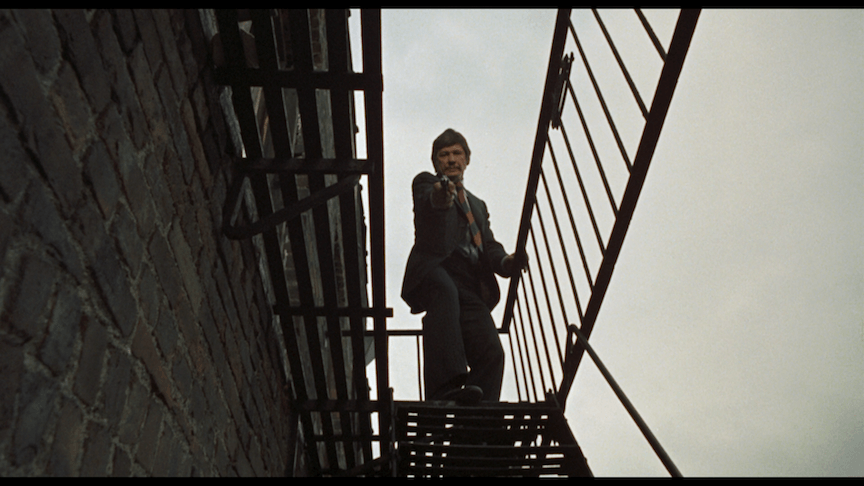 Powerhouse Films are distributing The Stone Killer on Blu-ray and DVD. Special features include: 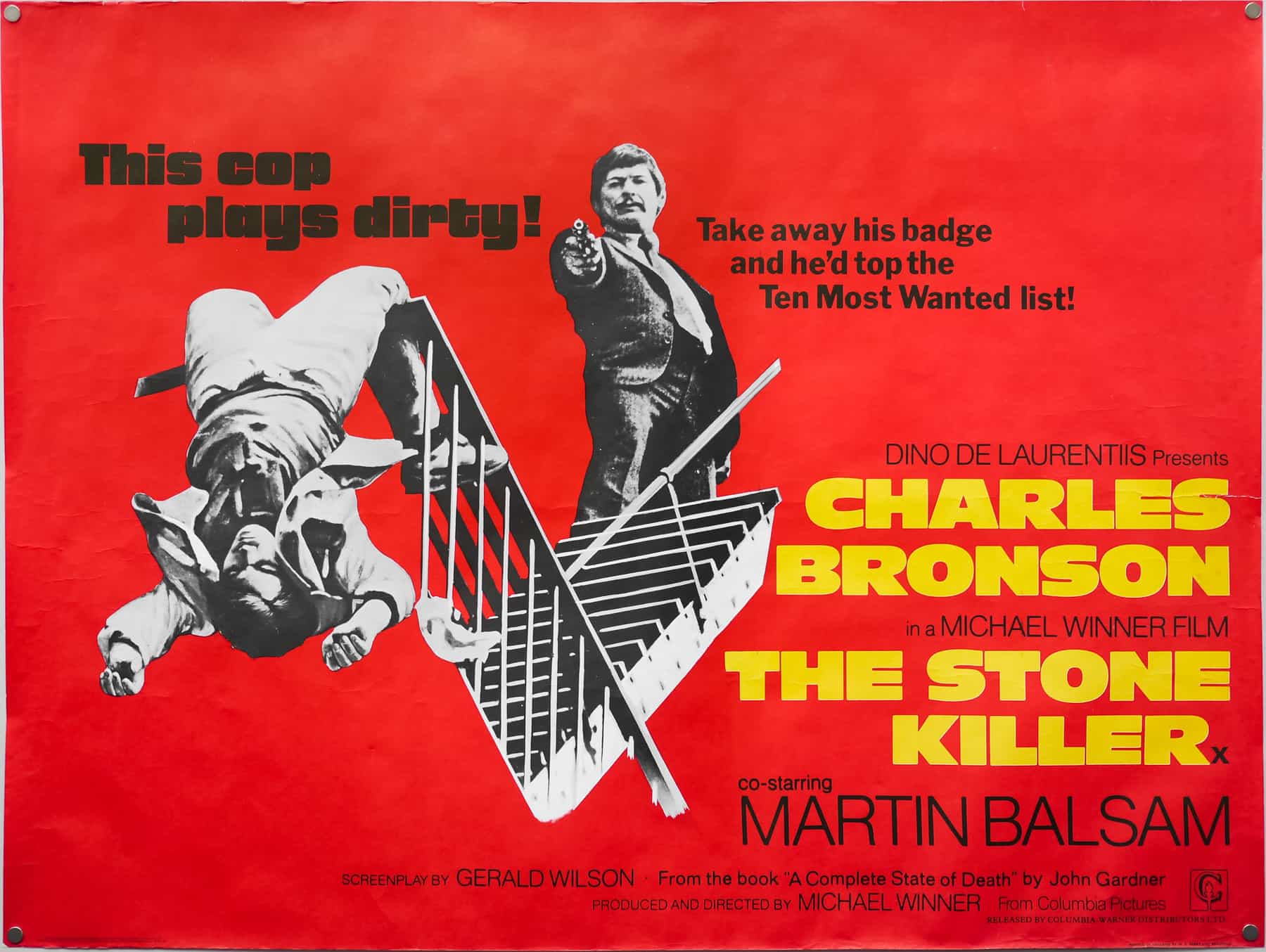