Not content with only one Studiocanal Vintage Classics competition running on Blueprint: Review at the moment, the label have offered us another pair of films to give away!

It’s in celebration of the fact that two newly restored classic films are heading to the Vintage Classics collection; THE FLYING SCOT and THE GALLOPING MAJOR which Studiocanal will release on DVD, Blu-Ray and Digital on August 8.

We have 2 copies of both to give away on Blu-ray to 2 lucky readers.

To enter, read the details at the bottom of the page, but first here’s more about the two films. 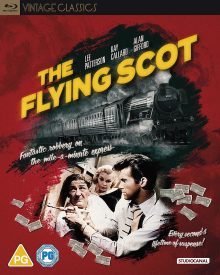 STUDIOCANAL is delighted to announce the release of the newly-restored crime thriller, THE FLYING SCOT. This rarely seen classic will be available to own on Blu-Ray and Digital for the very first time from August 8. A DVD version will be released on the same day.

Featuring brand-new bonus material and looking better than ever, the FLYING SCOT is a welcome addition to the ever-expanding Vintage Classics collection. 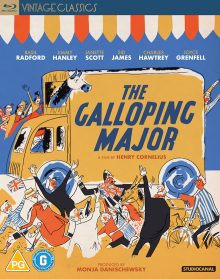 STUDIOCANAL is delighted to announce the release of the newly-restored British comedy, THE GALLOPING MAJOR. This rarely seen crime caper will be available to own on Blu-Ray, DVD and Digital from August 8.

Directed by Henry Cornelius (I Am a Camera, Passport to Pimlico) and based on an idea by Basil Radford (The Captive Heart, Whisky Galore!), THE GALLOPING MAJOR is part of the Romulus Film Catalogue and features a stellar cast of the era including Basil Radford, Jimmy Hanley (The Blue Lamp, The Captive Heart), Hugh Griffith (Oliver!, Kind Hearts and Coronets), Janette Scott (School for Scoundrels, As Long as They’re Happy), A.E. Matthews (Laughter in Paradise, Whisky Galore!) and Charles Victor (The Ringer, Major Barbara).

Featuring brand-new bonus material and looking better than ever, THE GALLOPING MAJOR is a welcome addition to the ever-expanding Vintage Classics collection. 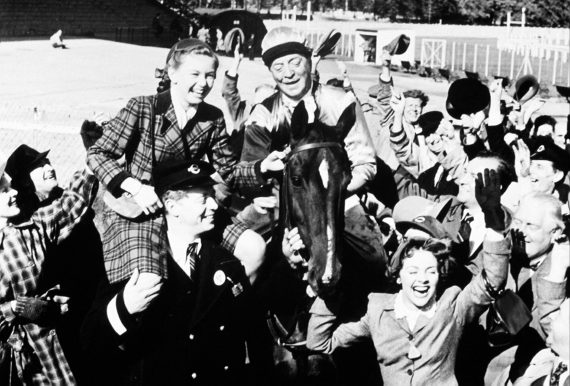 Once you’ve shared/tweeted the competition, you need to email us (subject – ‘Flying Scot & Galloping Major Competition’) with your name and postal address to: info@blueprintreview.co.uk