So as before, here are the reviews of everything we watched over a weekend of gratuitous nudity, violence and downright nonsense. The reviews are only brief and ratings are largely based on entertainment value over quality, so take them with a pinch of salt. I’ve included clips and trailers when possible too.

Survival Island (a.k.a. The Runner) 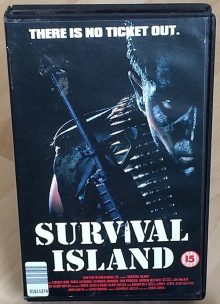 Made by the people behind the popular Guerilla Film Makers books, this is a low budget action thriller which teases the audience with some interesting ideas but fails to capitalise on them. A group of journalists used to covering international war zones travel to a remote island on a no holds barred survival training course which swiftly gets out of hand under the tuition of two unhinged ex-military types. Running in the background, we hear news of impending nuclear war, which further affects the behaviour of the crazy ‘tutors’.

It’s vaguely entertaining as a cheap action movie but wastes any chances to develop its intriguing concept and stumbles forward with a terrible script that’s as cheesy as it is clumsy.

A vodcast discussing the making of the film: 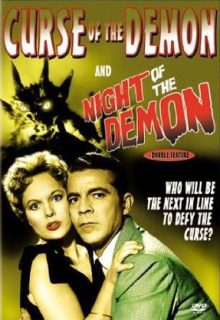 This classic 1957 horror from Jacques Tourneur follows sceptical American professor John Holden (Dana Andrews) as he tries to quash rumours of a demon terrorising an English village. Devil-worshipper Julian Karswell (Niall MacGinnis) seems to be the root of the dark goings on, and John’s scientific opinions are put in doubt when Karswell puts a curse on him, leaving him only 3 days to live! Joanna Harrington, the niece of one of the demon’s previous victims, believes the curse to be true and does her best to help save John’s life.

I really enjoyed this atmospheric horror. It looks gorgeous in shadowy black and white and is kept tense throughout, largely due to the countdown to John’s death casting a sense of impending doom over everything. The demon appearances are marred by a rather dated looking monster, but the smoke and fire that come with it help it remain pretty effective. It’s all about the build up of course though and Tourneur handles this effortlessly.

Spacehunter: Adventures in the Forbidden Zone 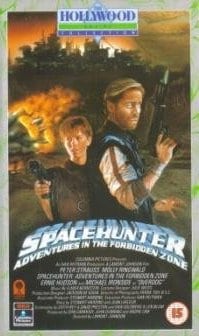 This is a blatant cash-in on Mad Max 2’s success, but a bit more family friendly to appeal to the Star Wars and Indiana Jones crowd, with the added bonus of being in 3D. Nevertheless I found it incredibly entertaining. The plot is nothing original, seeing rogue interstellar refuse collector Wolff (Peter Strauss) land on a dangerous planet full of warring clans to save a few Earth women that had crash landed there. Along the way he teams up with a young native girl (Molly Ringwald in one of her first feature film roles) and an old friend (Ernie Hudson) also on the trail of the Earth girls.

The film doesn’t take itself too seriously which does it a lot of favours as it’s very flimsy in terms of narrative. On top of the light humour, the characters are very likeable too. Ringwald’s character is annoying, but in a cheeky, fun sort of way and she plays off Straus pretty well.

The production design, while a bit dated, is pretty good for a fairly low budget film too. Michael Ironside’s OTT bad guy Overdog looks cool in particular, mounted on a crane arm with his giant claw hands.

It’s very silly and very 80’s, but was just the trick for the first film of the morning. 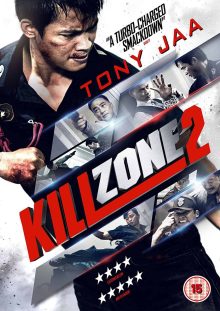 A sequel in name only to the first Kill Zone film, this is an epic action/thriller/drama starring Tony Jaa, Jing Wu and Simon Yam. I don’t have the time or space to write a full synopsis, but the story revolves around illegal organ trafficking, an undercover cop (Wu) who’s cover has been blown and a prison guard (Jaa) who has a daughter with leukaemia.

The plot is incredibly dense but it’s handled well enough to not get messy or confusing. It does get rather overbaked though. By the end there are so many dramas coming to a head it gets a bit ridiculous. Taking plot strands individually the drama is pretty strong but there’s simply too much going on for one film so it becomes incredibly melodramatic.

When it comes to action the film truly impresses though. There isn’t much action in the first half or so, but once it kicks in it’s hard, fast and mindbogglingly acrobatic at times. Jin Zhang is particularly badass, coming across as the film’s most superhuman martial artist.

It’s a very well produced film then (I didn’t even mention the slick cinematography), but it could have done with a trim to scale back the melodrama. 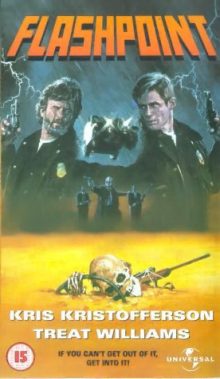 This thriller set on the US/Mexican border sees border patrolmen Kris Kristofferson and Treat Williams come across a long buried Jeep in the desert with a huge amount of money stashed inside. Whilst they deliberate what to do with it, a mystery begins to unravel and they sink deeper into trouble.

This is a great low key thriller which felt like a cross between A Simple Plan and Hell or High Water. The plot is engrossing, the setting well utilised and Tangerine Dream’s score is nicely moody. The two leads are strong too, have a great chemistry together and there’s some sharp dialogue between them. The final revelation is a bit far fetched perhaps and we predicted it early on, but it’s still a really solid film that’s ripe for rediscovery.

Trailer * be warned – it totally spoils the twist at the end of the film! 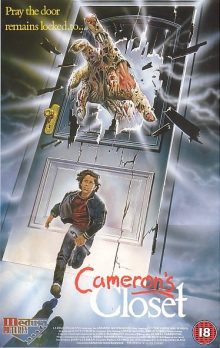 This horror movie about a child with psychokinetic powers and the monster in his closet starts off well but loses steam as it goes on. It becomes a bog standard monster movie with the pay off in particular feeling rather weak. The special effects are poor too which didn’t help. 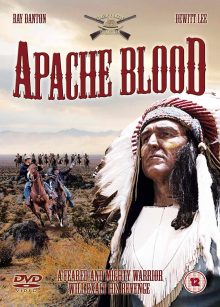 This western from the 70’s is notable mainly for its vast similarities to The Revenant. Clearly inspired by the same legend of Hugh Glass, its frontiersman hero gets attacked by a bear and left for dead by his cavalry employers, only to survive and spend the rest of the film fighting off more attacks and hardships. However, Apache Blood tacks on other stories and characters at the start and end of the film to create a strangely confusing mess at times which tries yet fails to put native Americans in a more positive light than early Hollywood westerns.

It’s ultra cheap and poorly cobbled together although I got the feeling it had been heavily and clumsily edited for violence which didn’t help matters.

The survival aspects were fairly involving, but elsewhere the film is pretty terrible. I think you’re better off sticking with The Revenant. 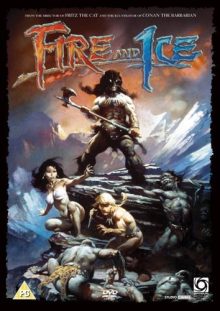 This animated sword and sorcery film from cult favourite Ralph Bakshi tells a bog standard fantasy story of a muscled hero trying to save the princess and kill an evil wizard, but it does so with great style. Similarly themed live action fantasy films from the 80’s have dated badly in terms of FX and today’s efforts are largely too CGI-laden, but in drawing and animating the required monsters, magic and unusual worlds this still works a treat. I don’t think I’ve seen another film so effectively and consistently capture the look and feel of a classic Edgar Rice Burroughs story. It helped that the legendary illustrator Frank Frazetta was on board of course (he did illustrations and covers for many of the Conan and John Carter books).

It’s also incredibly entertaining. The story may be weak, but there’s so much action and so little downtime that the film races along too fast for you to lose interest. The action is very impressive too, being quite graphically violent and capturing the movement of trained stuntmen using Bakshi’s preferred rotoscoping technique.

It won’t appeal to those looking for something with a bit of emotional or intellectual weight behind it, but if you like your old school Conan sword and sorcery fare it’s one of the best.