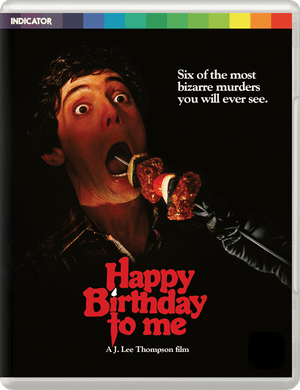 Happy Birthday To Me is an 80’s slasher fest, and a pretty sophisticated stab at the genre. It’s jam packed with intriguing inverted twists, to keep you on your toes. The Top Ten are a gang of friends at the select Crawford Academy and they’ve annoyed someone because they are being picked off one at a time.

The Top Ten meet each evening at the Silent Woman Tavern, but one evening, Bernadette (Lesleh Donaldson) is accosted on her way to meet up. During the scuffle she manages to escape but does not get far, before her throat is slit by an unknown assailant. The Top Ten are an annoying bunch of oiks, and you can’t help hoping they will get what they deserve when they drop a pet mouse into a stein of beer. 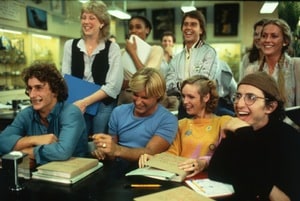 To add to their annoying list of antics they race their car over an opening bridge, much to the distress of one of the gang, Virginia (Melissa Sue Anderson). She is fed up with the dimwits and heads off home, but without knowing she is followed by an unknown weirdo who makes off with her discarded knickers. Over the next days the killings start, it seems there’s a loony loose and they are all out of bubble gum. To add to the fun we discover Virginia already has a disturbed past caused by a similar bridge incident many years ago. Don’t worry though, there’s a mad doctor (Glenn Ford) at hand to help out with some experimental brain surgery. What a brilliant idea…NOT. 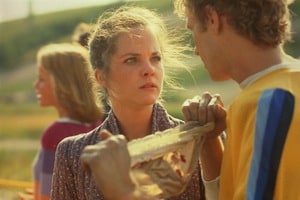 We kick off now, the gore and bodies soon pile up with exquisitely sick deaths. The second grisly death by motorcycle wheel is disturbingly enjoyable as he does deserve it and I must admit death by weight lifting did make me wince. There’s some hilariously dodgy police work, with unbelievably slack control of murder crime scenes. Every shocking murder has a surprise and finally; yum-yum it’s time for birthday cake and the final shocking twist. 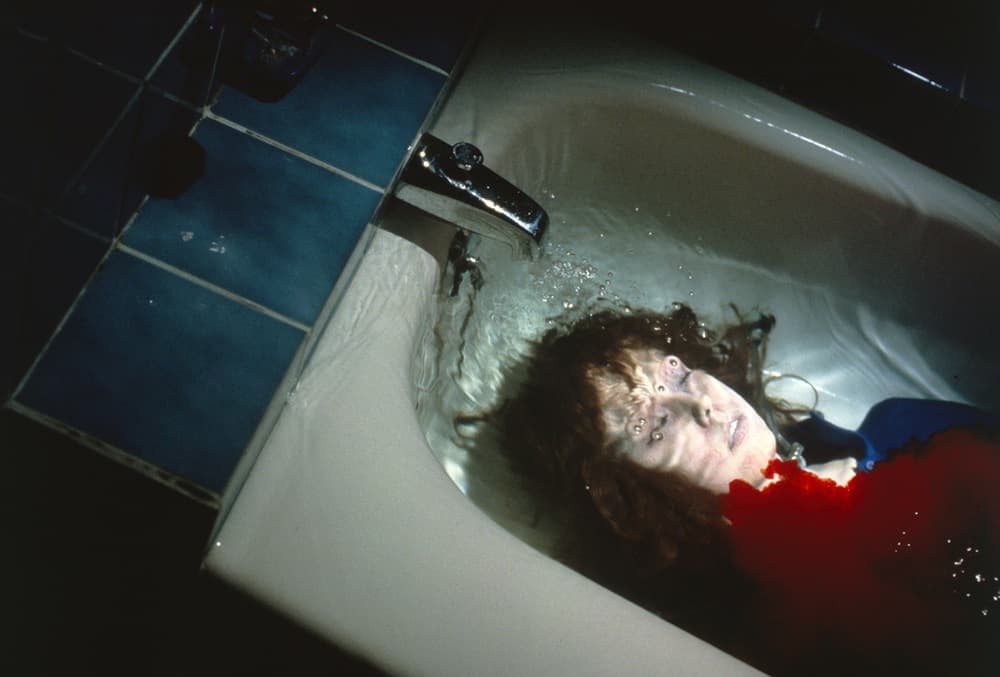 As if a pile of horribly mutilated bodies is not enough for your delectation, there’s a whole stack of neat extras too, including: 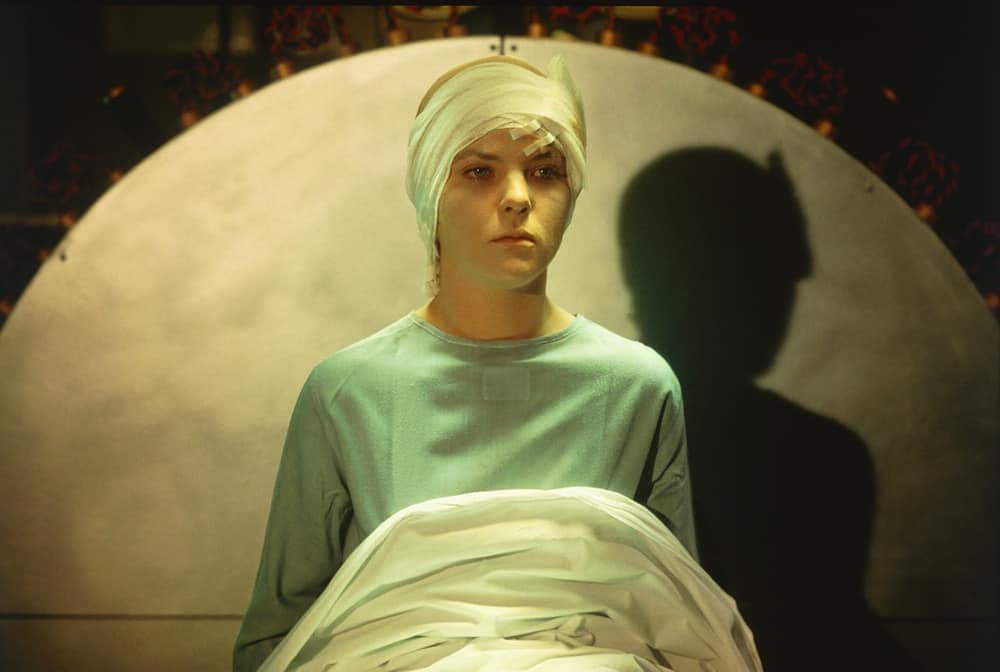 This production has crisp clear visuals and equally vibrant overlapping soundtrack, the tense music score adding to the un-ease. It’s worth a watch, although slasher laws are followed in full; including thou shalt not run from the sicko with the knife, but hide round the corner. I also had a chance to take a peek at the limited edition exclusive 24-page booklet which is a nice addition and well put together, nice one Powerhouse Films. So if you enjoy harrowing gore, go get J. Lee Thompson’s unforgettable delight in limited dual format edition on UK Blu-ray premiere. It’s your turn to see the infamous kebab skewer death scene and you’ll get your chance on 12 December 2016.