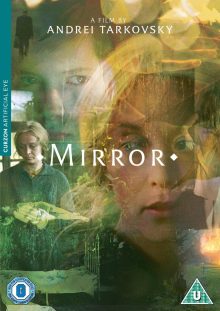 My planned journey through the work of the great Russian director Andrei Tarkovsky continues with his fourth feature, Mirror (a.k.a. The Mirror or Zerkalo). I skipped Andrei Rublev because I’d already seen it and with its epic length I figured I had enough on my plate with the other six of his films Artificial Eye are re-releasing on DVD and Blu-Ray in the UK. I should hopefully be covering Solaris soon – it was made after Mirror, but I’m reviewing these in the order in which they’re being re-released.

Mirror unfolds as a series of memories, as a dying man, Aleksei (voiced by Innokentiy Smoktunovskiy), recalls his childhood, particularly time with his mother, as well as his relationship with his wife/partner and son, and other moments in his life which stood out. It’s supposedly quite a personal work for the director, touching on some aspects of his own life. His father provides the poetry read out over various scenes too. The history of Russia during the time of his life is supposedly examined, but my knowledge of this is minimal so this aspect was lost on me.

So, as the description probably alludes, the film reminded me a lot of Tree of Life. Like Terrence Malick’s film, this eschews an obvious narrative for a collection of fragments of life in all its forms – love, fear, sadness, joy, albeit without the dinosaurs and big bang sequences. In particular, Mirror examines how those around us (largely our parents) help make us what we are, possibly more than we do ourselves, and how our actions affect our children’s lives and personalities. These themes are particularly prevalent due to the fact that the focus of most of the scenes seem to be on Aleksei’s mother, wife and occasionally son, more than on the man himself. 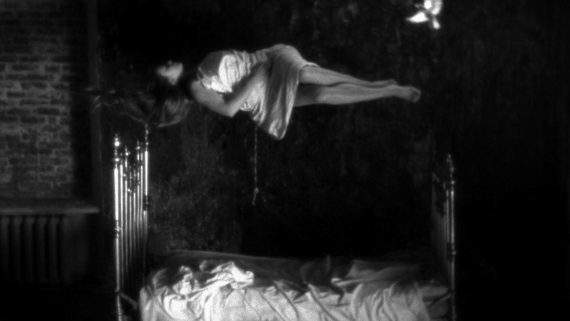 Like in Tree of Life, if not more so, this isn’t simply composed of straight forward flashbacks though. Some of the memories are distorted and blend with dreams, leading to some very surreal sequences. These provide some of the film’s most memorable images. A crumbling wet house shown falling apart in slow motion, a burning house on a rainy day and a woman floating high above her bed as she sleeps are some of the shots I won’t forget in a hurry.

As is to be expected from Tarkovsky, the craft on display is second to none. There are various stylish cinematic techniques used here, particularly in the more surreal sequences, from slow motion to Tarkovsky’s usual gracefully sweeping camera moves. There are a mixture of stocks and colour schemes used between sections too to create a rich visual feast. In a couple of sections where memories turn to big national or world events like the war, stock/newsreel footage is used too. I thought this was a nice touch, as these were memories shared by many. Tarkovsky also makes good use of the elements, with standout shots utilising wind, fire and water to great effect. 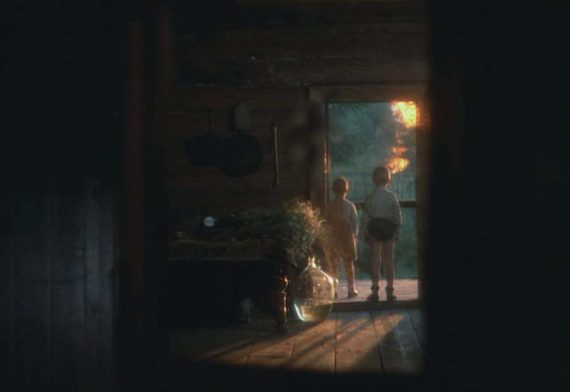 Mirror is a hauntingly beautiful enigma of a film, an intricately woven tapestry of memories. I’m not entirely sure what was happening half the time, but was strangely drawn to it nonetheless. It’s a film I look forward to revisiting to delve further into its mysteries. It won’t be for everyone and I didn’t connect with it in the same way I did with Ivan’s Childhood and Andrei Rublev, but Tarkovsky’s deft hand behind the camera still impressed.

Mirror is out on 25th July on Blu-Ray and DVD in the UK, released by Curzon Artificial Eye. I saw the DVD version and the film looks and sounds decent.

These weren’t on the DVD screener I was sent though. They’re exclusive to the Blu-Ray version.