From time to time I like to attend genre film festivals – mostly horror – although in recent times this seems to have been restricted to one-day events or all-nighters due to either a lack of time or funds. My most recent sojourn into film festival land was attending the local Hellfire Video Club’s 5th year birthday bash, which, in this case, involved the screening of six fairly obscure cult films, back to back, at my local fleapit cinema, namely Bristol’s Cube Microplex cinema.

This is a volunteer-run venue, which means that it has the liberating freedom to show more quirky stuff, but sadly not the freedom to clean the old place it seems! I wasn’t kidding about the term flea-pit! However, that’s part of the place’s charm, and if you can stomach sitting on rickety, somewhat uncomfortable seats, in a very dark, musty smelling room for a couple of hours it comes with its own rather leftfield rewards…

The Hellfire Club is a monthly gathering of like-minded aficionados of weird and wonderful cinema who get together to watch examples of world cinema that most cinemas shy away from screening; whether that’s Blaxploitation, Italians giallos, American slashers, art house, sexploitation, exploitation, grindhouse or any other sort of ‘’ploitation’ really! Some of the choices made by the organisers can be quite mainstream from time to time, but are never predictable. And this brings us to their birthday bash… 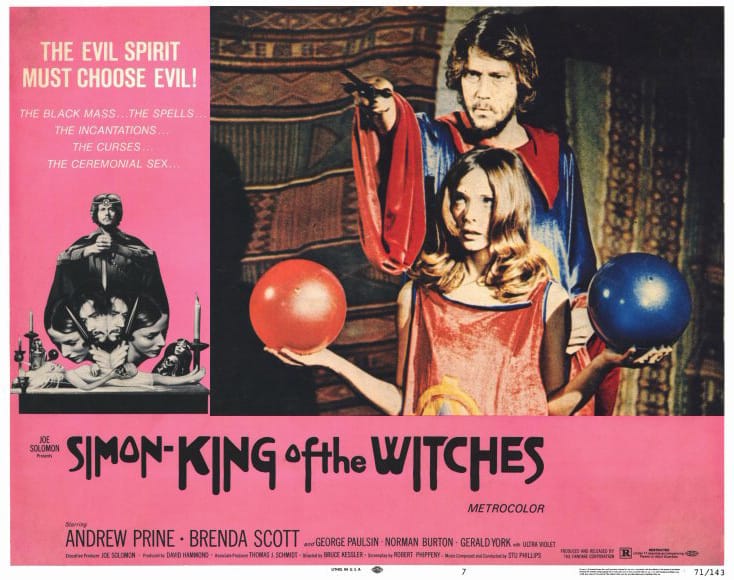 First up was Bruce Kessler’s Simon, The King of the Witches (1971), which finds the titular Simon (the most excellent Andrew Prine – The Miracle Worker, Chisum) spending his time drifting between jet-set parties, hobnobbing with high society, living in a storm drain, and practicing some witchcraft – most of which involves sexual activities or at least sexual fluids! After successfully eradicating a naysayer, who rips him off, he seems to inherit some cash, moves into a funky basement and proceeds to create his own portal into another dimension in his lifelong quest to become a god; as you do!

Even though some of the special effects are now seriously dated, and the fashions and dialogue also don’t help matters much, Simon is a very watchable movie, which has been unfairly dismissed as ‘made for TV’ rubbish by certain establishment critics. It’s high time that this occult oddity was given a second chance and be put out on DVD again. 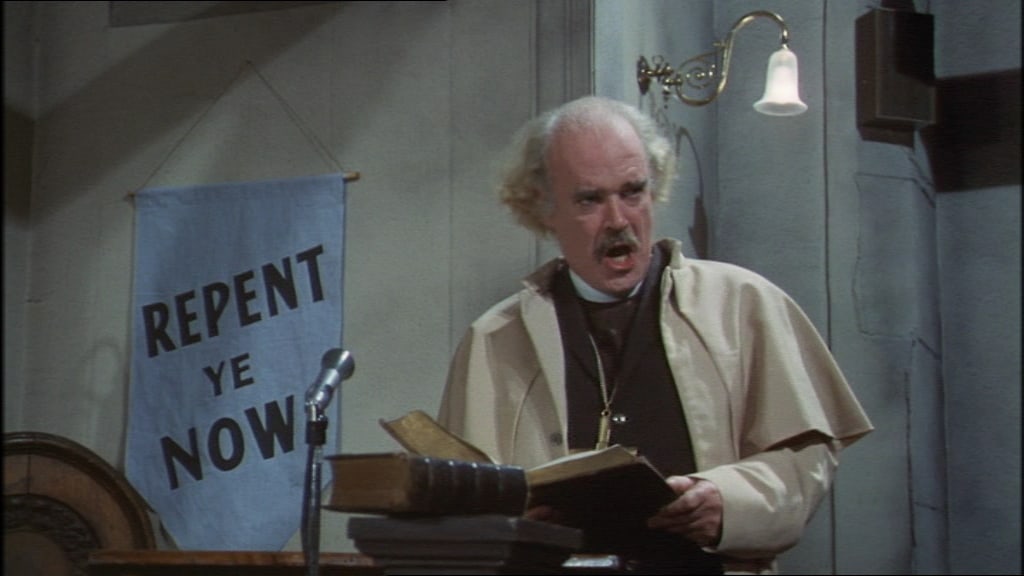 Next up was Robert Hartford-Davis’s The Fiend (aka Beware My Brethren (1972)), which is another oddity from the early seventies, this time from the UK.

A crazed killer of young women stalks 70s England; cleaning up the streets of short skirts and permissive behaviour. And just to prove that sociopathic tendencies are frequently caused by nurture, mummy’s boy Kenneth (Tony Beckley) has been unhinged by the evangelical ravings of a religious nutter (Patrick Magee), and his mother, all underscored by a rather musical congregation who regularly meet at Kenneth’s mother’s home. It all comes to a head when the priest refuses to let Kenneth’s mother take insulin for her diabetes, thus sending her body into shock.

I have to admit that The Fiend turned out to be my favourite film of the festival, probably mainly due to me being a sucker for British horror films from this particular time period. The performances are all great, and Hartford-Davies piles on the sleazy atmosphere, as per usual. It also has a valid social message and some funky singing courtesy of Maxine Barrie, who later impersonated Shirley Bassey in The Real Shirley Bassey. 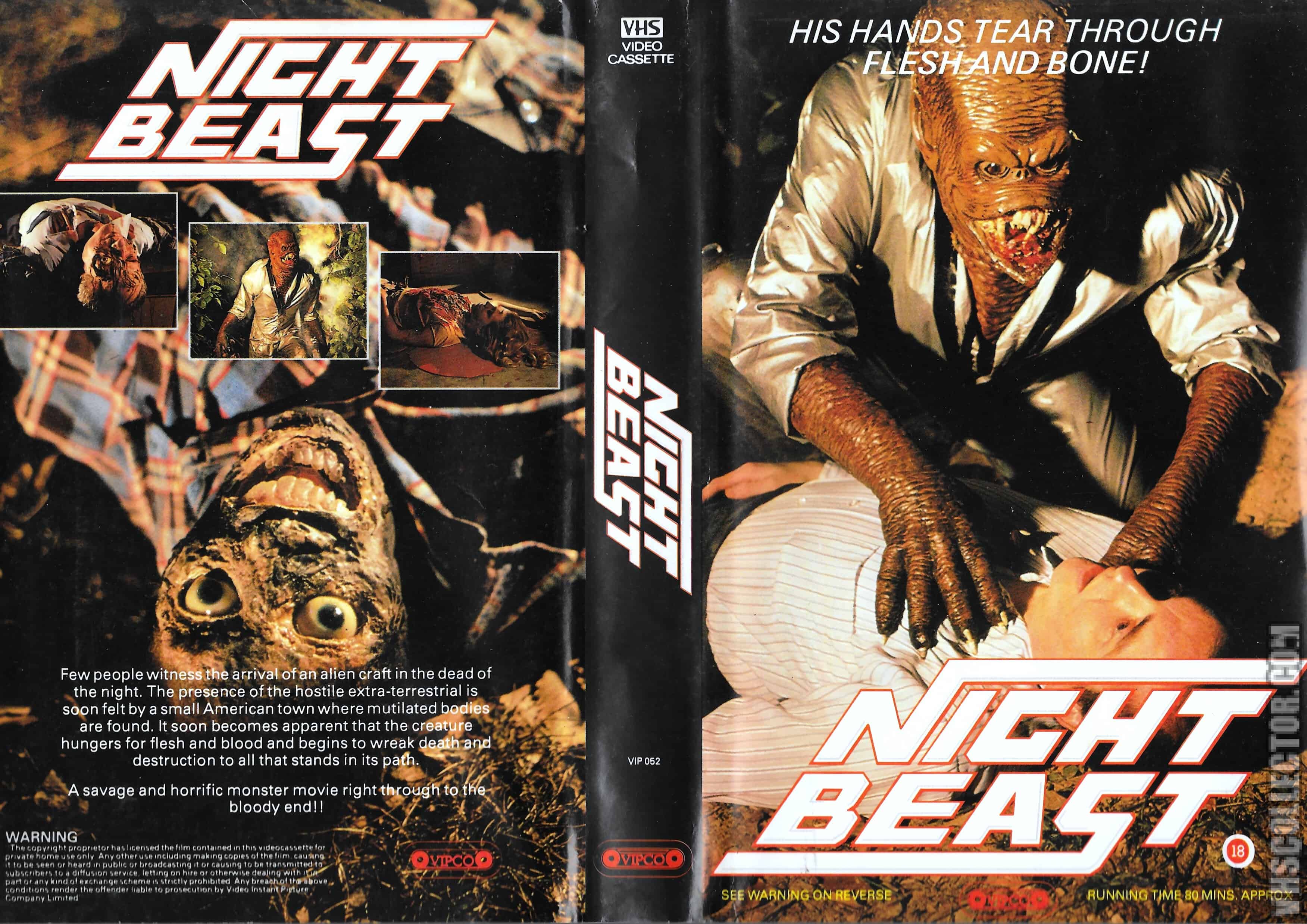 For the third film the audience were given the choice from five old VHS tapes, including: Black Magic Terror; Night Beast; Screamtime; Cataclysm; and Para Psychics in what was billed as a ‘VHS Unlucky Dip’. The audience voted during the break and when we returned it became clear that the winner was Night Beast as this began playing out on the big screen shortly thereafter.

Night Beast (1982), directed by Don Dohler, was obviously a labour of love for some sort of am-dram group in some small American town as it came across very much like a crazy home movie. In fact Baltimore filmmaker Don Dohler actually updates his 1979 film ‘The Alien Factor’ here, but this time only a single (reptilian looking) alien crash lands near a small town and goes on the rampage with its sharp teeth and claws, and its laser gun!

Starring a cast of people no one has heard of, before or since, Night Beast was a hoot from start to finish. The script was ultra-basic, the dialogue and acting uniformly atrocious, the photography amateur, and the direction pedestrian. However, it does feature a cool alien, lots of daft moments and unintentional (and intentional) humour.

This was just what we needed after the very strait-laced first third of the festival, and the audience seemed to enjoy this bit of sci-fi/horror nonsense. 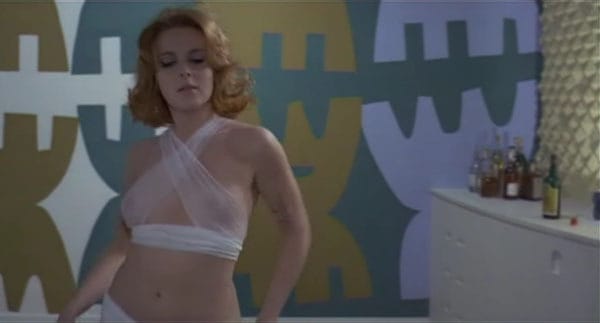 After a break to go and grab something to eat – in our case from the local Pieminister café – yum – we returned for the other highlight (for me) of the festival, namely Piero Schivazappa’s The Frightened Woman; screened here as The Laughing Woman (1969). This is an outrageous, but very stylish piece of psycho-sexual pop-art come to life, that seemed to be made solely to please fans of euro-cult sleaze, like myself.

Held prisoner by a rich and twisted academic, with a dark secret to hide, Maria (the lovely Dagmar Lassander) finds herself victim to the tycoon’s unpleasant and degrading games. But it’s not long before our heroine is turning the tables on the disturbed Dr Sayer (Phileppe Leroy) and turning gender politics on its head.

The Frightened Woman was a really cool, original movie, and it was particularly nice to see it screened from a super rare 16mm print, although the first reel or two suffered from a fair bit of vertical wobble. My verdict: Recommended. 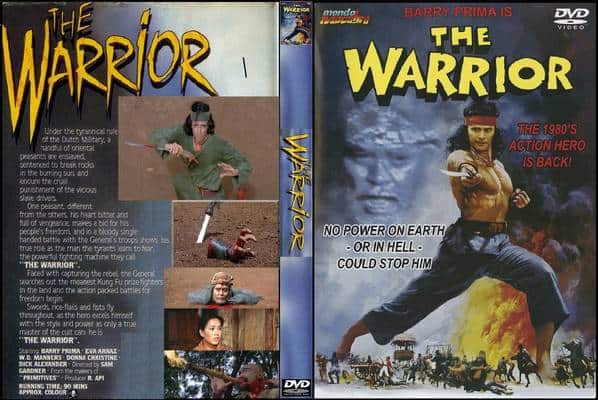 The penultimate film of the mini festival was Sisworo Gautama Putra’s The Warrior (1981) starring Indonesian action legend Barry Prima. Probably the nicest looking print of the day – it was a gorgeous widescreen screening courtesy of the MondoMacabra label – The Warrior was also probably the most disappointing film of the day, well at least to action fans like me.

The film is set in an Indonesia that is in turmoil. The people are poor and oppressed by the Dutch Government, but one hope still remains in the form of rebel leader Djaka Semboeng (Barry Prima), whose famous fighting abilities continue to inspire the people to hang on. Van Shramm, the Dutch representative, in Java, offers a reward for the death of Semboeng and employs a mighty warrior, the invincible Kobar, to go after him.

One short fight later and Kobar is dead and Van Shramm turns to a magician to resurrect the nutty slap-head, but the magician resurrects the deadly of enemy of Semboeng, Kieten (who has lots of hair), to take revenge.

If this all sounds very exciting it isn’t. Maybe I’m being a bit unfair, but the pacing of this film was very stop-start and the action scenes were mostly garbage, although some of these were partly saved by all the bright Technicolor gore on display, including when Semboeng is imprisoned and brutally blinded by the crazy Van Shramm.

Lots of weird things happen during the course of the film, including our hero being turned briefly into a pig before escaping the prison, but much of the strangeness feels forced and doesn’t really sit too well in relation to all the more serious political shenanigans that are going on.

I could only really recommend this movie to Indonesian film nuts and fans of good old Barry Prima!

Finally, at a little before midnight, the final film of the Hellfire Club event screened to a, by now, much depleted audience. This was the Turkish film Thirsty for Love, Sex and Murder (1972). Directed by Mehmet Aslan and written (yes, there was a script!) by Aykut Düz, Thirsty for Love… was a rather trippy film to end on; and I don’t always mean that in a good way! This Turkish oddity felt in many ways a bit like a giallo, but Italian giallos are usually stylish and full of memorable imagery and this, sadly, didn’t really match either of those criteria.

Apparently, this film has the same plot as Sergio Martino’s Lo strano vizio della Signora Wardh (The Strange Vice of Mrs.Wardh), but with a different ending; however, I can’t confirm this since I haven’t seen Martino’s movie. But, if you enjoy watching badly choreographed fight scenes, equally rubbish disco dancing, seeing up disco dancing lady’s skirts, moustachioed killers, hearing at least two separate scores over-layered over each other, and crap crazy lines like: ‘A man should smell like alcohol and cigarettes’, then this film is probably for you!

The main plus point for me was the film’s short running time (57 mins), but even then it still out stayed its welcome… 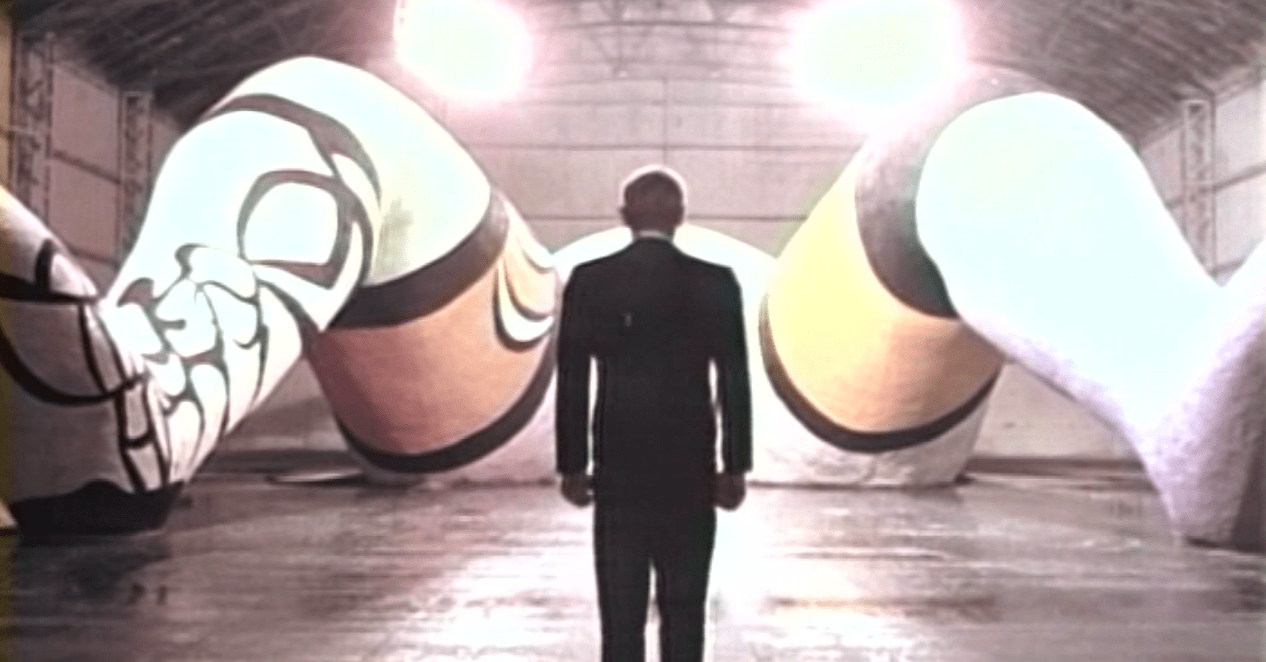 In between films the organisers behind the Hellfire Club played funky music to keep the punters happy while they queued at the bar.

All in all the 5th anniversary birthday party of the Hellfire Club went well, and if another festival is organised in future I’ll be ensuring I have the date in my diary.