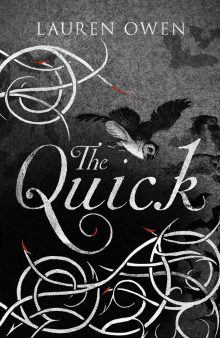 Without giving too much away this modern gothic pays homage to the great canon that came before it. Set in an imagined underground culture of Victorian London there is a definite steampunk feel to this tale.

Lauren Owen begins her story with Charlotte and James, brother and sister growing up in a secluded old manor house without the benefit of a mother or a father figure in their lives. As they grow older and James moves away to London he still lives in a world of privilege, as he remarks to his friend Christopher; “I don’t know how to make a bed”, “Neither do I” exclaims Christopher.

As the plot progresses we are drawn into the lives of other characters in the book through diaries and other devices, seeing a seedier and more twisted side to the city. Interestingly the seemingly more powerful characters in the book are wealthy men who want to decide what’s best for everyone else, notably women and children from the wrong side of the tracks; a reflection of the times. The author paints a compelling picture of the era in a style very much of the novels of the time and this works exceedingly well. She also manages to create a new lexicon for this particular genre which is clever and apt – this coming from a “bleater” such as myself.

There is a very literary feel to this book and as someone who used to study gothic fiction I for one very much enjoyed it from that point of view. This is a book which will appeal to gothic fans looking for a return to a more classical format. I look forward to the sequel.

The Quick will be released on 3rd April in hardback and ebook formats. You can buy either version over at Amazon using this link.