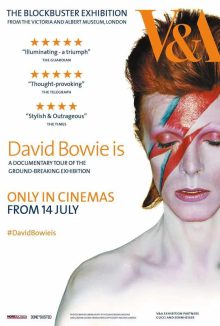 You’re reading a review about a film about an exhibition about a person. With all the layers of documentation going on, it would be impossible to review the film in it’s own right without taking into account its subject – the ‘ground-breaking’ V&A exhibition, David Bowie is. The purpose of the film is to document the exhibition, which it does brilliantly, visiting key moments in the exhibit and combining the information with rare archive footage and interviews from key players, as well as showing reactions from Bowie fans as they experience the exhibition. As someone who’d seen the exhibition in person back in 2013, it was also interesting to hear from the curators, who explain their choices in the layout and ‘flow’ of the items. As a stand-alone film, the documentary will not match up to the many other Bowie documentaries out there, but that is not its mission statement. What it sets out to do, it does well. 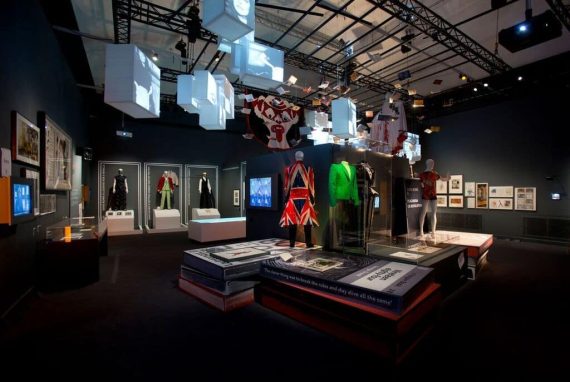 The film is framed by a recording of a live event, in which notable figures – including fashion designer Kansai Yamamoto and Pulp frontman Jarvis Cocker – talk about their relationships with the man himself. While hearing about Bowie’s collaborations was interesting, for me the most moving speech was from artist Jeremy Deller, who spoke of the huge personal impact David Bowie had had on him, despite never meeting him. This is almost the true focus of the film; not Bowie himself, but his impact, and way he changed the lives of people who he never even met.

While the film cannot hope to cover the thousands of items that were on display in David Bowie is, the ones that were chosen strike the right balance between essential and unusual. The Top of the Pops Starman outfit is a given, as is Yamamoto’s vinyl bodysuit and the film strips from the Diamond Dogs photoshoot, but there are more obscure items in there too; some handwritten lyrics from Bowie (which I spent a good 20 minutes staring at when I visited), the synthesiser used on Bowie’s Berlin albums, and a huge number of Bowie’s sketches and designs demonstrate how detailed and monumental this exhibition was. 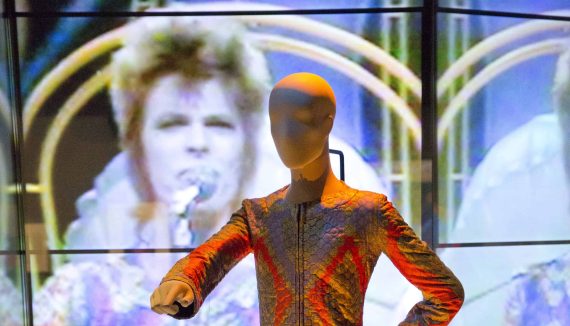 Despite its limitations, in some places the film goes further than the exhibit, providing historical context to Bowie’s life in a way that was skirted over at the museum itself. If you’ve grown up in the sixties and seventies, you’ll already know how ground-breaking Bowie was. For younger fans living in a post-Bowie world, the film’s more detailed explanation of the historical and musical context places Bowie’s early music in a whole new light. One tidbit of information that stuck with me was that before the 1969 moon landings, we thought Earth looked green from space. Bowie’s lyrics “planet Earth is blue, and there’s nothing I can do” suddenly takes on a new importance. 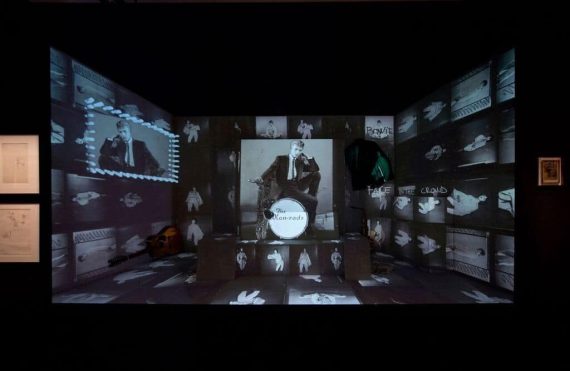 Another layer of this documentary is one that the filmmakers had no say in. The death of David Bowie, not sudden but suddenly revealed, places an eerie significance on this film, which was completed just two years before his death. One fan’s incredulous statement, “he’s not even dead yet!” is a slap in the face which now sharply places this film in the past. However, the reverential tone in which Bowie is spoken about depicts him as an eternal figure, a prophet, a legend. He’s spoken of almost as if he were already dead. In this way, Bowie’s myth seems to overtake mere mortality. As the still relevant final caption puts it, David Bowie is happening now.

The Documentary film of the V&A Exhibition DAVID BOWIE IS (London in 2013) is re-released in Vue cinemas and selected venues across the UK on 14 July. More information at http://davidbowiefilm.com/.