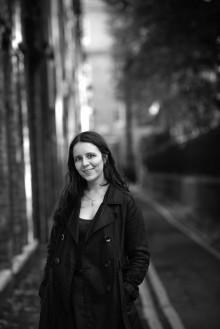 Lauren Owen is the author of The Quick; her debut novel set for the most part in Victorian London. With an exceptional academic background (English Literature at Oxford, MA in Creative Writing at the University of East Anglia) she is now completing her PhD in Gothic writing and fan culture at Durham.

Happily Lauren was able to take a little time out to speak to me.

Where did the initial idea for the novel come from?
Lauren: The place where I spent a lot of my childhood in Yorkshire at boarding school. It was like an old manor house. I was intrigued by its size and its history; also I was very into Sherlock Holmes and Dracula so they were also an influence.

I made a deliberate attempt to reference Dracula; it’s my favourite vampire novel of all time. I didn’t realise until I re-read it more recently just how many parallels there were in terms of structure especially, I didn’t mean to follow it so closely but I think that shows how much I love it.

The tone of the book feels old fashioned and quite literary for this genre, was that deliberate?
Lauren: I tried to capture the spirit of the Victorian time in which it was set in my writing style. I like the different viewpoints, diaries and re-writing of the narrative from different characters to get the whole story which is one of the pleasures I think of Dracula.

Are you a fan of steampunk?
Lauren: I’m not an expert in steampunk but I find the idea and ethic really cool and I’m actually going to a steampunk wedding in May so am very much looking forward to seeing what that looks like.

Everyone in the book drinks a lot of tea, is that your tipple of choice?
Lauren: {Laughs} Yes tea is a big part of my daily life and a lot of it was drunk when I wrote this so I think it seeped into the book, my next one will be drenched in coffee I think! 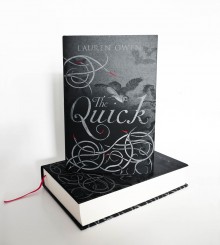 What are you working on next?
Lauren: I am working on a sequel [to The Quick] at the moment. My original idea had been for the story to go from Victorian times to the modern day but I realised it would make for a gigantic book so I decided to split the story in half.

The Quick will be released on 3rd April in hardback and ebook formats. Read my review here.

You can buy either version over at Amazon using this link.