One New Year’s resolution that’s cropped up on my list regularly over the last few years is to watch more of the films in my collection. I have a terrible addiction to buying DVD’s and Blu-Rays, even now in this Netflix dominated world, yet I don’t watch them as quickly as I buy them, largely due to my film reviewing responsibilities forcing me to watch screeners all the time. So as my collection grows, the list of unwatched films within it is grows too. I also have a passion for watching the classics, as my choice of reviews will make clear. So Ryan McNeil and James McNally’s annual Blind Spot Series has always been something that feels designed for me to do and I’ve tried a few times, but generally fail due to the screener reasons mentioned above (here’s my previous public attempt – https://blueprintreview.co.uk/2012/08/blind-spot-series-2012/).

However, I’m feeling confident this year, despite the fact that my wife and I will be seeing a new addition to our family at the end of February. So I’m going to attempt to take part once again.

If you’re not familiar with the Blind Spot Series, basically the idea is for bloggers to list 12 films they feel they really should have seen and then over the course of a year they have to watch them all and update their readers on their progress.

I’ve had a Hall of Shame list on my laptop for a while, so it was easy to come up with 12 titles. 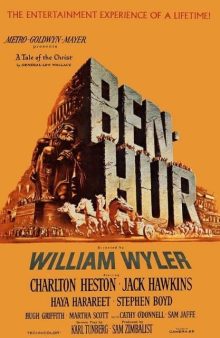 No sniggering at the back at some of the classics I’ve missed please – I’m sure you’ve all got some embarrassing omissions too.

I’ve tried to make the list nice and varied. I’m not going to necessarily watch the films in that order by the way, I just thought I’d number them to make it neater.

So keep your eyes out on the site for updates on my mission. I’ll try and do short write-ups or at least haiku reviews of each film and update this post. I don’t think I’ll keep it up if I try to write full scale reviews.

If anyone else wants to join in the fun, feel free.

* Ryan McNeil brings together his and everyone else’s entries over at The Matinee every month. Check it out here: http://www.thematinee.ca/features/features/blind-spot-series/