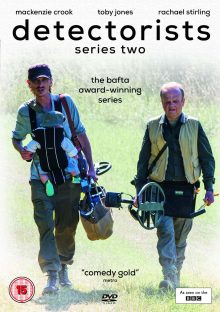 When Mackenzie Crook’s auteurist sitcom Detectorists debuted on BBC4 at the tail end of 2014, I tuned in with the vague expectation of disappointment which has sadly accompanied most projects featuring former cast members of The Office. While The Office still remains one of the high watermarks of the British sitcom, its crossover success also marked a significant downturn in quality for British comedies that followed in its wake. Many of these shows were feeble imitators lacking the crucial affectionate observational skill of The Office, resulting in mean-spirited, laugh-free disasters which mindlessly barked bigotry at the tops of their voices in the assumption that putting racist/sexist/homophobic remarks in the mouth of an idiotic character was enough to constitute brilliant satire. Instead it bred an unfortunate and uncomfortable atmosphere of lowered standards, in which the finger-flexing air quotations of the comedically desperate quickly diminished into the dangerous confusion of the ironically-challenged.

Into this depressing comedy climate stepped Detectorists, a show so gently amusing, engaging and good-natured that watching it was as refreshing as a lungful of the fresh country air in which the majority of its action took place. Although its late-night slot on BBC4 kept it from becoming a huge hit, word of mouth soon began to spread and this small scale gem emerged as a shining beacon of hope for patient comedy fans who had been wading through the treacle of Mrs. Brown’s Boys for what seemed like decades. Written and directed by and starring Mackenzie Crook, Detectorists eschewed the popular reliance on cringing farce and gratuitous sexual content (which even for us progressively minded viewers had become mind-numbingly boring through incessant repetition) in favour of brilliant characters, hilarious dialogue and, perhaps its most precious commodity, a good storyline. Across its three hours, Detectorists restored my faith in the possibilities for the sitcom to find its feet once more. 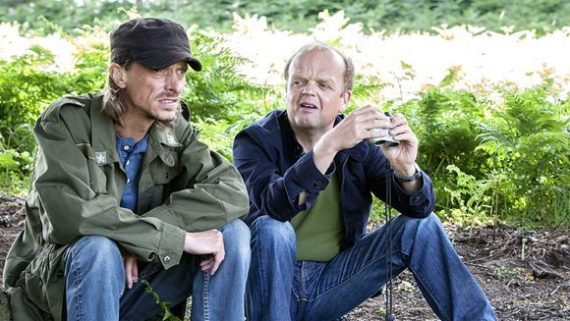 The first series of Detectorists felt so complete and special that I almost hoped there would not be a second series. That said, it was with great excitement that I sat down to watch series two of the show that had won me over so completely. The excitement was tempered by a small sense of trepidation, concern that a weak sequel would somehow devalue its predecessor in the same way that those final moments of the Only Fools and Horses Christmas trilogy were never as effective after John Sullivan soiled them with three desperate follow-ups. As with the first episode of series one, series two of Detectorists opened with a slow-paced but deliberate set-up which planted the seeds (or should that be buried the metal?!) for future plot points. While it gave little away about what to expect from the forthcoming episodes, it confirmed that everything that had made the first series so special was in place. Chief among these elements are the central performances of Mackenzie Crook and Toby Jones as Andy and Lance, two men who spend every spare second wandering the fields with their metal detectors, hoping to find gold but largely just “talking bollocks”. These dialogue-heavy scenes are the show’s calling card and episode one reassuringly ends with one of the series’ best moments, regarding nostalgia festivals and the Six Million Dollar Man.

While Lance and Andy remain the heart of the series, Crook has also made the most of the groundwork he laid in the previous series by expanding several of his supporting characters to great effect. A few characters from series one are no longer present or have had their roles reduced to cameos having served their narrative purpose, and while some will mourn the absence of Bishop and his invisible dogs it is good to see Crook’s writing is not determined by the expectations and demands of his audience, something that all too frequently broadens and ruins so many comedies. By not insisting on reassembling every character from series one, Crook is able to give more screen time to the development of characters like Russell and Hugh, two members of the Danebury Metal Detecting Club whose odd-couple double act provides some of the second series’ highlights. Pearce Quigley’s comedy timing as the monotone Russell is of particular note and the extension of the character is extremely welcome. 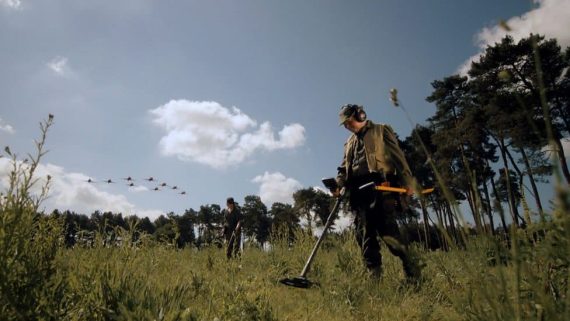 There are those who have claimed that Detectorists is more of a Dramedy than a sitcom and this is partially borne out by the dramatic nature of several plotlines. Lance’s story in this second series is particularly moving and gives Toby Jones (already well on his way to becoming a national treasure) the opportunity to combine his skills at comedy with a healthy dose of pathos. In one scene in particular, when faced with embarrassment and emotional strain, Jones’s facial reaction is exquisite, his fixed smile betrayed by uncomprehending, despairing eyes. Crook, whose performance as Andy occasionally faltered in the first series, is also improving significantly in his role, his hangdog demeanour giving way to a childlike desperation in times of emotional crisis. Perhaps the most noticeable change in character is in Sophie Thompson’s Sheila, whose batty housewife routine in series one provided many big laughs. This time round she seems more distant and sometimes almost wise, which is disconcerting at first but is partially explained by a cryptic but heavily suggestive scene in the final episode which is filled with great promise for a potential third series.

If there is one thing that makes Detectorists undoubtedly a sitcom rather than a Dramedy, it is the ties to occasionally over-neat plotting that wouldn’t really wash in an entirely realistic series. Too many big storylines are moved forward by crucial objects being carelessly mislaid or secret meetings being held in public places that can be later revealed by a casual chat with a barman. These unlikely plot points do not hurt Detectorists greatly but they do mark it out as the sort of boys-own adventure story that Andy and Lance probably fantasize about starring in. Were Crook writing a drama series, these inconsistencies would be leapt on immediately by viewers and critics alike. It is testament to the strong sense of identity that Crook has instilled in his material that they are only considered as an unimportant afterthought. 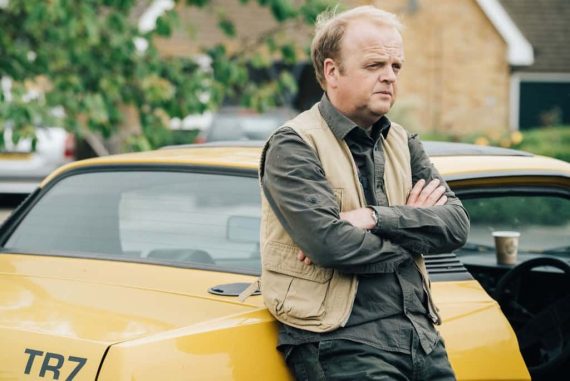 While it perhaps fails to live up completely to its exemplary first series, Detectorists series 2 is another brilliant piece of work which is reintroducing wit, subtlety, character and story to a TV genre that is currently bereft of most items on this list. With word of mouth still gaining the series more viewers and a Christmas special to be aired this Yuletide season, Detectorists has the potential to go from strength to strength and perhaps eventually crossover to BBC2 where it could reach a wider audience and hopefully influence more comedies to follow in its unassuming footsteps. The main challenges for Crook will be to hang on to the integrity and subtlety of the writing and to hang on to his talented cast, in particular the much-in-demand Toby Jones, whose absence from the series would be unthinkable. The affection for the material felt by everyone involved in Detectorists will be Crook’s trump card in this respect and this warmth seeps into every episode, reinstating the heart that has been so consistently ripped from the chest of British comedy in the past decade.

Detectorists Series 2 is released on DVD by Acorn on 7th December 2015. A boxset featuring both series is also available on the same day. Both include a behind the scenes documentary.