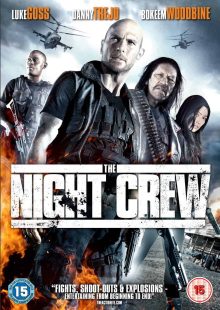 This rough and tough action thriller sees a group of bounty hunters, led by the rough and tough Luke Goss, saving a mysterious woman by the name of Mae (Chasty Ballesteros) from being kidnapped by some nasty cartel thugs. She is on the run from evil drug baron Aguilar (Trejo) who is desperate to get her back. The crew grab her and head off into the Mexican desert hoping to get her across the border before Aguilar’s men catch up to them. However, and as is the norm, proceedings don’t go smoothly and the bounty hunters have to hole up in a deserted desert motel. There they plan to hold off against Aguilar’s ever strong and swarming gun toting goons, hoping to survive the night. Meanwhile, Mae goes from deathly sick to incredibly strong revealing there may be more to her than meets the eye and this crew of just-want-to-make-a-quick-buck bounty hunters are now in way over their heads.

At once a little too rough around the edges but also delivering hard edged action with aplomb, The Night Crew utilizes it concept and low budget to its best efforts to deliver a full firepower action ride. Luke Goss continues his quest to become an all out low budget leading action man and is backed by a game cast including Bokeem Woodbine, Danny Trejo (ushered in to do his obligatory extended cameo!), Chasty Ballesteros, Paul Sloan (who co-writes and stars as one of the crew) and a host of genre stalwarts popping up here and there (Jason Mewes, Don Swayze). While in the first half (after the smash and grab of Mae) proceedings take a while to get going and there is a little too much wannabe tough-guy-talk with lots of standing around trying to out swagger and out F-bomb one another, things pick up considerably once the gang hunker down in the motel and the shit hits the fan. Even a little bit of soap opera style plotting can’t derail the furious action that ensues as the gang come under an increasing amount of firepower. 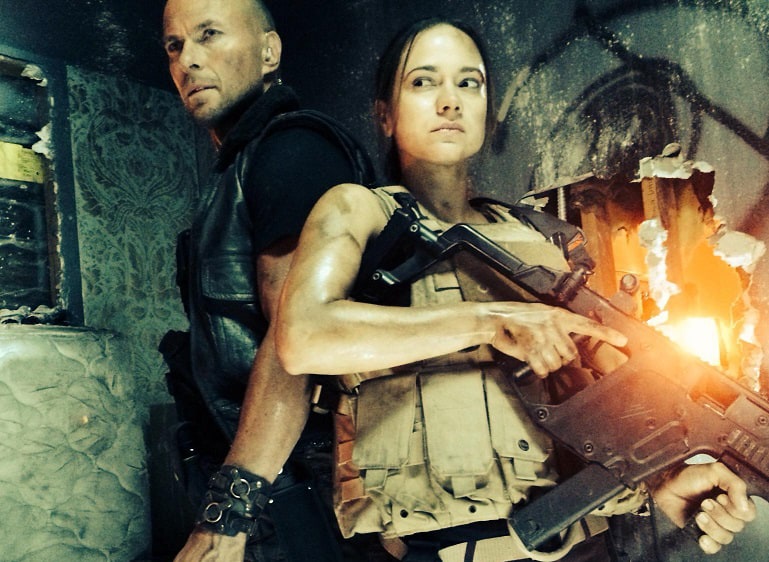 Mercifully eschewing CGI and keeping things old school in style, director Sesma and his crew tear apart the motel setting with several nicely staged gun battles, bazooka explosions and a fair bit of hand to hand combat. The crew are swarmed continuously by armed cartel thugs and the film doesn’t pull any punches in the violence, the action and fight scenes particularly bloody in their execution. While plot is streamlined in favour of gun blasting action the film does build to a unique (though easy to guess) twist and once proceedings hit the final reel, it does feel like the crew have really been through the ringer.

Obviously aimed at the action junkies out there, The Night Crew may occasionally try a little hard to deliver gritty swagger but is nevertheless a down and dirty action flick with a distinctive old school style. Stick around during the credits for some extra sequel/franchise baiting scenes.

The Night Crew is released in the UK on DVD August 10th 2015 by 4Digital Media.