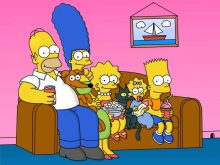 To celebrate the UK DVD & Blu-Ray release of Boyhood, Blueprint: Review’s favourite film of 2014, a survey has been commissioned looking into British boyhoods and father and son relationships.

Research published today has shown that over a quarter of British dads recognise their own parenting styles and relationships in that of David Beckham and his three boys while, more worryingly, 12% see themselves reflected in the on-screen antics of Homer and Bart Simpson!

The research was conducted to define how the experience of boyhood has changed over a generation, and to identify the interests, habits and sentiments of British boys and their fathers today.

While a generation ago, teenage boys tuned in to Match of the Day or Saved by the Bell (25% each), spent their pocket money on Stereophonics and Oasis CDs (20% each), and over 60% spent their afternoons outdoors playing football in the park or climbing trees, today’s lads are a much more sedentary bunch.
In 2014, boys aged 12-16 are glued to The Simpsons (36.9%) or Family Guy (34.6%), and listen to David Guetta (17.2%) or Calvin Harris (15.4%). Their leisure time is spent playing console or online games (80%), while over one in five have a part time job and started working at the tender age of 14.

Clinical Psychologist, Middlesex University Associate Professor and family therapist, Dr Fiona Starr commented: “These research findings confirm what psychologists and therapists are seeing in their clinics. That is that in the West, the nature of fatherhood, boyhood and the relationships between fathers and their sons are more involved, more communicative and more attentive than they ever were. In the UK at least, this could lead to future generations of emotionally intelligent fathers, raising thoughtful and communicative sons who are willing and able to bring home so much more than just the ‘bacon’.”

Filmed over 12 years with the same cast, the film Boyhood is a story of growing up as seen through the eyes of a child named Mason who literally grows up on screen before our eyes. A nostalgic time capsule of the recent past and an ode to growing up and parenting, Boyhood will be released on Blu-ray and DVD on 19th January 2015. 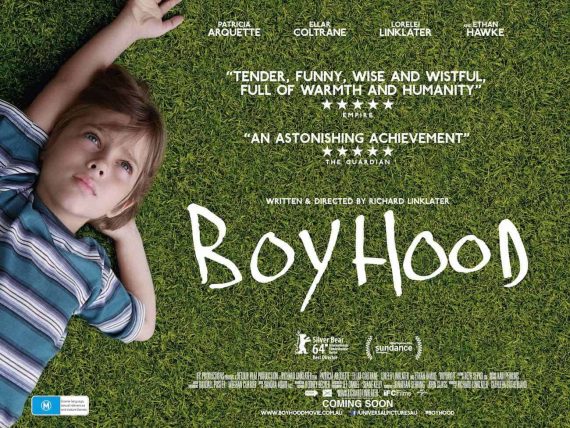