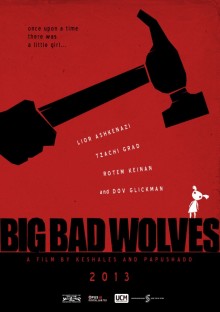 The father of the latest murder victim of a paedophile serial killer seeks justice and kidnaps the police’s main suspect who the officers had to let go previously due to a procedural error. Bizarrely enough the father actually kidnaps the man from a renegade police detective who has already operated outside of the law in order to try to extract further information from the subject in question. The father takes the man under suspicion to a cabin in the woods in order to extract a confession out of him and to mete out his own brand of justice to the quivering religious studies teacher. However, the dodgy police officer tracks them to the cabin and that’s when things really start to get messy. Especially when granddad turns up too!

Sometimes within the first minute of a film you know that you’re in good hands. The film appears to be well made and, well, just feels ‘right’ somehow. I experienced this feeling when I saw this film at the Cannes Film Festival back in May. The movie had generated a bit of a buzz and screened to a full house. In fact I believe the film was proving to be so popular they put on extra screenings for it. I can see why.

Big Bad Wolves is the sort of film that mainstream Hollywood tends to shy away from as it asks difficult questions of the audience about the nature of justice and punishment, of who has the right to decide on the appropriate level of justice and to apply it, and it takes a long, hard look at the morality of capital and even corporal punishment. It’s a film about truth and finding the truth within the everyday mesh of lies we weave for ourselves and for others. But most of all it asks the audience how far is too far when it comes to punishing unspeakable crimes such as child rape and murder.

Although the film falls into both thriller and horror genres I think it swings more over to the horror camp than that of thriller, mainly due to the extreme levels of violence on display here. This, ladies and gents, is not a film for the overly squeamish as there are a few scenes contained therein that made even this jaded consumer of horror want to look away. You have been warned!

Having said that, for me, the most disturbing thing in the film is when the police detective is actually reading out the police case files to the suspect when he’s tied to a chair in the cabin’s basement. I think it’s the simple ‘matter of fact’ tone used during this pivotal scene that really made me feel ill and greatly disturbed. 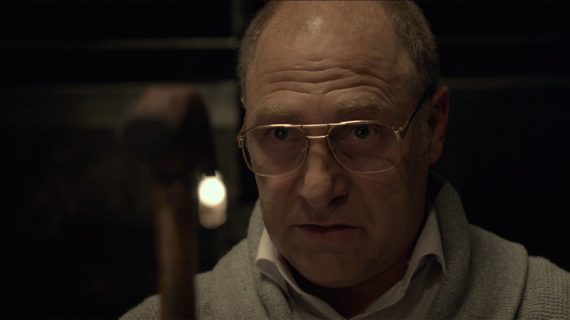 As you may have already guessed there aren’t many laughs to be had during the course of the film’s running time, although there is a pitch-black vein of humour in some scenes or maybe that’s just my twisted sense of humour coming to the fore again? Or maybe I was just desperately looking around for some moments of levity?

The acting by the three main leads is excellent, with some equally excellent additional supporting roles thrown into the mix. And although this is an Israeli film where, heaven forbid, they talk in Hebrew, I didn’t find the subtitles a distraction at all from the main narrative, although I guess some subtleties will be lost in translation.

The music score is excellent throughout and really adds to the real sense of disquiet and the general tone of the film, and the photography is very good, although, admittedly, there’s only so many ways you can shoot stuff to make it look interesting in a cellar!

In fact there’s not a lot I can really say bad about this film, assuming you’re able to stomach such upsetting subject matter. Although, I have to admit, I did see the ending coming a while before we got there, but it’s still a satisfying conclusion to a very good film.

Finally, the original title for the film was apparently going to be ‘Who’s afraid of the Big Wolf?’ which in some ways fits better, but the current title is a pretty good one anyway.

Big Bad Wolves has been picked up for release in the UK by Metrodome. A release date hasn’t yet been given though.