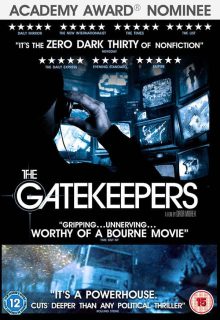 It’s been shaping up to be another great year for documentaries, with 2 titles in my current top 10 films of the year (so far) and a third only just being pushed out to 11 after viewing this a couple of nights ago.

The Gatekeepers, which was nominated for Best Documentary at this year’s Oscars, takes a look at the work of the Israeli intelligence organisation Shin Bet. The film gains unprecedented insight into the group by interviewing all but one of the leaders of the organisation since 1981 (except the current head of course). They have a vast amount of power in this controversial job, playing a key role in making incredibly difficult decisions in counter terrorism operations among other things. The film moves chronologically through Shin Bet’s work in Israel from the Six Day War in 1967 to operations a couple of years ago.

The film’s marketing and probably the description above make this sound to be a documentary form of thriller. Although there are some tense descriptions of their more dangerous operations as well as some moody graphical inserts, I found the film more haunting than thrilling. This is not a bad thing of course, it just surprised me as I was expecting more of an exciting documentary structured like a fiction film along the lines of Man on Wire. The Gatekeepers is by no means dull though. Despite being made up of largely talking heads mixed with newsreel and satellite footage the film remains gripping to watch. The situations the Shin Bet directors see themselves in are terrifying to comprehend. It’s these moral and ethical decisions that provide a lot of the weight and power to the film. The directors regularly have to make quick decisions about the life and death of potential terrorists and horrifyingly the lives of the general public around them that might get caught in the crossfire. It becomes a question of maths or often just a choice of one grey area option over another slightly darker shade. There are no ‘binary decisions’ as one of the interviewees puts it, which the politicians continuously ask for. 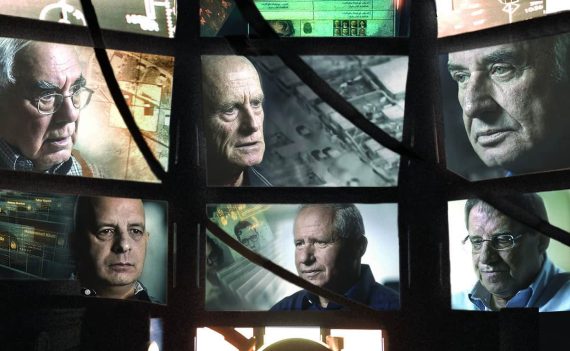 The film provides an unflinching look at these decisions too. Not only do we see some graphic footage of the aftermath of terrorist attacks, but the interviewees themselves offer a brutally frank and almost cold view of their work. There are no heroics, no pride in what they’ve achieved. They’re generally quite cynical and bitter about it. They have seen the reality of the conflict and can’t see an end, certainly not through violence. This gives the film a very bleak tone, especially towards the end, which creates the haunting quality I mentioned earlier.

Some elements of the film were a little difficult for another reason too. For myself, who has little knowledge of the Arab-Israeli conflict, it was a little tough to keep track of the political situations of the periods being covered. There was enough description of events to keep me from getting totally confused, but someone more knowledgable in Israel’s complicated historical and political background would get even more from the film than I did.

Another problem I had with the film was with its presentation. The interviews and source footage are connected through CGI graphics which rubbed me the wrong way from time to time. They’re stylish and well produced (if a little fake-looking), but felt a little too ‘cool’ for such a serious and sobering film. A thriller style soundtrack added to this sensation too, although neither elements detracted from the moral core of the film enough to spoil it.

This is a minor niggle though and the aforementioned difficulty I had in following the timeline here and there was more from my ignorance than anything. Overall this is a fascinating look at the ethical and political minefield faced by Shin Bet and the heads on which most of their decisions fall. How director Dror Moreh convinced them all to get involved and open up so completely about their work, I’ll never know, but be glad he did as it makes for an exceptional film.

The Gatekeepers is out now in the UK on DVD and Blu-Ray, released by Metrodome Releasing. Sound and picture quality are decent enough although this isn’t the sort of film you watch for slick visuals or bone-shaking 5.1. There are no special features included, just some trailers for similar Metrodome releases.