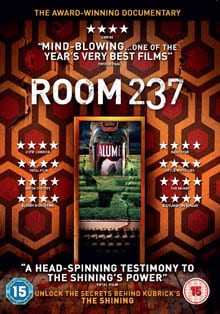 A favourite of the festival circuit last year, Room 237 is being released on DVD in the UK so that you can analyse and dissect the film as its subjects do with The Shining. If you haven’t heard about Room 237, it’s a documentary which allows 5 people who are obsessed with Stanley Kubrick’s film version of The Shining to describe their various theories about what that film really means. They each have wild ideas about every minute detail of the film and, rather than looking at the overall narrative on display (which came from Stephen King’s book of course), the interviewees look into Kubrick’s input and how his changes and quirks make it more than the sum of its parts.

Room 237 is an odd beast. Rather than really being a film about The Shining, this is more of a look at obsession as well as perhaps a look at how people can see any films completely differently from one another, depending on the knowledge and baggage the viewer brings to a film. This is certainly not a ‘behind the scenes’ look at The Shining and the theories are that outlandish and varied that the film never seems to be claiming that any of these readings of the film are necessarily as Kubrick intended. So, I got the feeling that maybe Room 237 could have been made about fan’s thoughts of any other surreal or cult film, such as Mulholland Drive or Kubrick’s own 2001: A Space Odyssey.

The theories themselves range from bat-shit crazy (one sees it as Kubrick airing his feelings on having directed the faked TV broadcast of the moon landing) to vaguely plausible (The Shining as a metaphor for the genocide of the American Indians). Even the wilder ones have one or two almost convincing ‘clues’ though or at least the interviewees are good at explaining them. Much of what they come up with is reaching though, to put it mildly. A lot of their ‘proof’ comes from what is clearly a continuity error or a ridiculously warped view of some random object in the background (that poster clearly shows a skier, not a minotaur). However, as mentioned, the film seems more focussed on their obsession rather than the theories themselves. 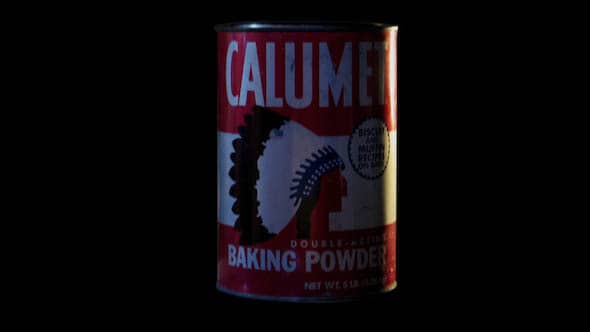 This brings me to one of my problems with the film. Because the dissection of The Shining got more ridiculous as it went on, I wanted the film to move on and look deeper into the interviewees themselves. In the last ten minutes it does do this to an extent and in the beginning you get a little bit of background on them, but I think there could have been much more time spent on looking into why these people have singled this film out and spent so much of their lives picking apart its tiniest details.

What doesn’t help in this aspect is the fact that you never see the interviewees and my main issue with the film is with the presentation. The visuals of Room 237 are largely made up of clips from The Shining and some other relevant Kubrick films which of course makes sense and is necessary. However, the spaces in-between are filled with random film clips or specially shot footage which clunkily match what is being said in the interviews. Too often these moments reminded me of spoof YouTube videos and I found them quite distracting and they stopped me from taking the film all that seriously from time to time (which maybe is the intention). As dull as talking heads are, I’d have much rather occasionally seen who was speaking so that, for one, I could more easily keep track of who was talking (I couldn’t always tell), and also, because the film is more about them then The Shining, I’d like to put faces to voices.

Despite the issues I had with the film’s presentation and the occasionally unfocussed and disappointing structure I still enjoyed watching Room 237 though. It’s a refreshingly original look at the way we can ingest and be moved or affected by cinema to extreme degrees. Plus, I don’t think I’ll ever watch The Shining in the same way again, even if many of the theories described were pretty ludicrous.

Room 237 is out on April 15th on DVD in the UK, released by Metrodome Distribution. The picture quality is decent enough for what it is. The sound quality on some of the interviews is poor and the overall mix is a bit too weighted towards the music, but this is down to the source material rather than the DVD transfer.

There are no extra features on the disc other than a choice of 5.1 or stereo sound and a trailer.