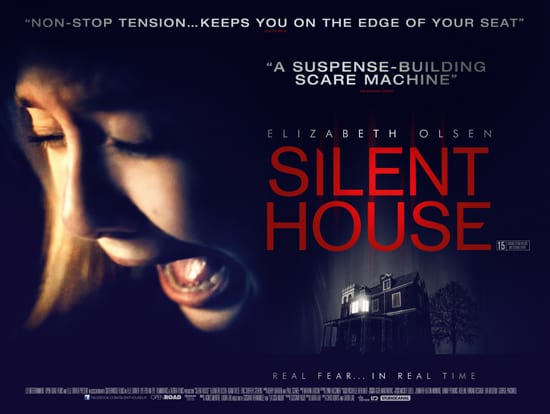 May 4th sees the release of Silent House, an ambitious ‘one-take’ horror film based on the Uruguayan La Casa Muda and starring Elizabeth Olsen (Martha Marcy May Marlene).

To celebrate the film’s release, independent film makers network Shooting People have launched an exciting short film competition. Simply upload an 88 second short film to enter, the entries will be judged by the directors Chris Kentis and Laura Lau, and the winning short will be featured on the DVD of Silent House later in the year. The winner will also receive a Cineworld unlimited card! Find out more here: http://shootingpeople.org/blog/2012/04/make-an-88-second-short-for-silent-house/

To find out more about Silent House itself, here’s the film’s synopsis:

In Silent House, Sarah, along with her uncle and father, prepare their long-time family summer home, recently violated by squatters, for sale. But broken windows and cracks in the plaster are the least of their problems when they discover they are not alone and there’s more than just mold concealed behind the walls. Over the course of 88 harrowing minutes, their idyllic isolated retreat is transformed into a site of horror as the family’s past returns to taunt then terrorize them, exposing a hidden and distorted history.


To watch this video, you need the latest Flash-Player and active javascript in your browser.