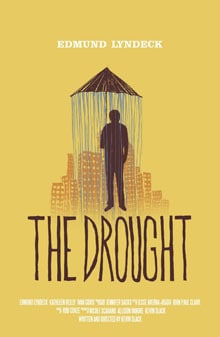 It seems fitting that after Britain’s dry winter and approaching mini-heatwave we bring you ‘The Drought’ as our latest Short Film Showcase.

Written and directed by Kevin Slack, it’s a sweet tale of an elderly Brooklyn native that struggles with his daily routine as an umbrella street salesman during a summer heatwave.

Beautifully shot, it’s a moving piece that tugs at the heartstrings. Scroll down the page to see for yourself.

The Drought is a finalist in an online competition for Reel13. The film with the most votes by Wednesday will air on PBS this Saturday before the classic film The Great Train Robbery! If you enjoyed the short and think it should win, please take just five seconds to follow the link below and click “VOTE FOR THIS SHORT FILM” under “The Drought” (the middle one). That’s all you have to do.