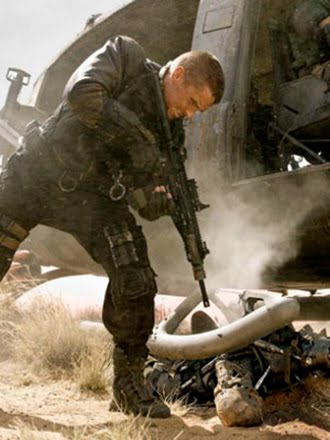 I first caught this at the cinema on it’s release and I was pleasantly surprised to find it better than most critics were making out. Watching it a second time though was a different matter all together. Some of the action set-pieces are well staged and contain some great uses of long-takes, but the script and handling of anything other than action is woeful. I don’t know how I missed all the terrible dialogue, clunky exposition and hammy performances the first time round, maybe it just caught me in the right mood. Granted it’s an entertaining film in a throwaway way, but it’s pretty bad at times and doesn’t hold up to repeated viewings like the first two films do.