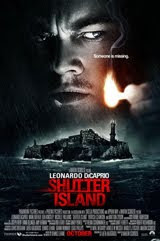 Scorsese’s latest is a retro B-movie throwback using films like Sam Fuller’s Shock Corridor as a clear inspiration. Everything from the music to the stunning cinematography is bombastically done, in my mind for the better. It seems rough around the edges at times (Scorcese and editor Thelma Shoonmaker give continuity error spotters a field day), but this feels at least partially purposeful as the director pays homage to a style of filmmaking long gone as well as using some jarring techniques to mess with the audience’s minds. The film is an impressively visceral experience, not in the fast-cutting, shaky-cam way that the Bourne films are, but in bombarding the audience with big sounds and visuals that create Buy Levaquin Online Pharmacy No Prescription Needed a cinematic feel rather than a realistic one.

Content wise it’s pretty solid too with an absorbing mystery that turns into a nightmarish thriller. Revelations towards the end of the film feel a little obvious and unsettle the ride the film has taken you on, but a nice touch right at the end makes up for it. This is Scorcese’s best for a while.