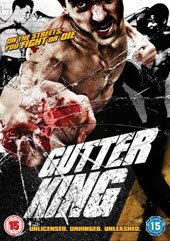 I was quite excited when I got Gutter King sent over to review from my good friends at Metrodome. As regular readers will know I love a good action movie and the thought of getting to give my first impressions on a fight-fest that no one else seems to have seen yet was enough to get my hopes up. It also had quite a cool looking cover that suggested a no-holds-barred action extravaganza. Unfortunately it didn’t quite live up to that promise.

Surprisingly, Gutter King places more of an emphasis on the drama than the action, which of course isn’t necessarily a bad thing, but when the dramatic elements aren’t particularly well handled or interesting I kind of wished they’d have stuck to the fighting. The film tells the story of Will (Zeb Crown), a young offender pulled out of juvenile hall by Bob (Casey Clark) to start a new life with him and another foster-child Paul (Blake Logan). Will soon finds out however that Bob’s motives aren’t entirely charitable as he is secretly utilizing these aggressive young men to fight in underground bare-knuckle fighting tournaments. Will still ends up getting caught up in the world though, mainly to help raise money to run away with the girl next door, BeBe (Erica Ramirez) who is struggling herself with an abusive father among other problems. Meanwhile, Bob’s previous fighting prodigy Paul gets increasingly jealous of Will’s success and makes his life as hard as possible whilst they live under the same roof. 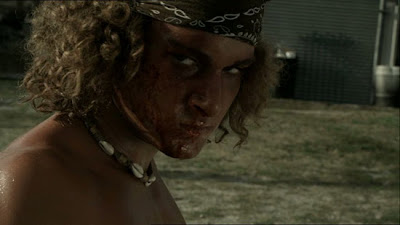 The bare bones of the narrative are pretty standard action movie fare, but it’s presented very solemnly with an indie/arthouse sort of feel which theoretically should raise it above and beyond the usual trashy genre entries, but the filmmakers don’t have the talent to pull it off. This results in a film stuck in a ditch between classy character-driven indie film and cheesy fight-filled action movie, a balance that didn’t work for me. I think a major problem was that the narrative is quite poorly constructed. The film just doesn’t flow very smoothly and a lot of the character’s actions lack the appropriate level of motivation to make them acceptable. The performances don’t help either, everyone comes across as bland and the leads spend most of the film moping around and throwing little hissy-fits now and again, it’s like watching some sort of ’emo’ action movie. The two street-fighting foster-brothers are strangely cast Buy Clomid Online Pharmacy No Prescription Needed too, with neither of them that convincing as hardened offenders. Logan in particular who plays Paul just seems quite camp most of the time, mainly due to his constant over the top sulking. 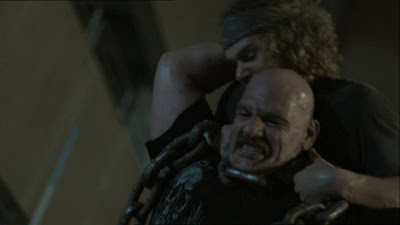 There are some positive aspects to Gutter King though. When the action does take place it is fairly solid and well handled, it just takes a while for any full on fight scenes to appear. It lacks the grace and acrobatic prowess of Asian martial arts films, but makes up for it with a visceral yet not overly edited style. The film looks nice in general actually, with some fetching shallow focus photography on display. This is unfortunately let down by some horrendous sound work though. The music featured is strong, if a little overused, but the location sound recording is terrible and mixed way too low against the music which meant I was straining to hear what was being said half the time.
Gutter King is a film that doesn’t seem to know what it wants to be and ends up failing to satisfy in both the action and dramatic departments. It takes itself way too seriously to be a fun fight film and is too poorly produced to pull off the indie drama that it seems to be reaching for at times. Some may appreciate the fact that it’s trying to add more substance and weight to a much-maligned genre, but for me it just didn’t work.

Gutter King is released on 26th April by Metrodome.