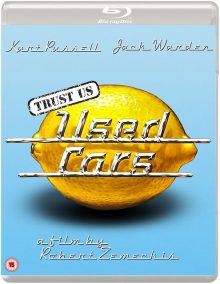 Used Cars began life as an idea John Milius had for a film to be directed by Steven Spielberg. Milius told it to Robert Zemeckis and Bob Gale who later worked with him and Spielberg on 1941. They liked the idea, but left their colleagues to it. A while later, the two Bobs wondered what had happened to the project and, finding Milius and Spielberg tied up with other work, suggested they take it on instead. Milius and Spielberg agreed to pass the concept on to them, staying on as executive producers and the resulting film was finished and released in 1980. Surprisingly though, given the pedigree of the talent behind it (though Zemeckis and Gale were yet to prove themselves), Used Cars flopped. Not helped by the hugely popular Airplane! coming out a week or so previously in America, the comedy struggled to find an audience at the time. Over the years it’s developed a minor cult following though and after getting little attention on home video in the UK, Eureka are finally releasing it on Blu-Ray over here in a package complete with the bells and whistles they often include in their Masters of Cinema and Eureka Classics ranges. Being a fan of Zemeckis’ pre-motion capture films, I couldn’t resist checking it out.

Rudy Russo (Kurt Russell) is the top salesman at Luke Fuchs’ (Jack Warden) used car dealership. He’s planning on running for state senator but needs to raise $10,000 for campaign funds and such. His boss Luke agrees to put up the money for him but circumstances prevent this from happening. Unbeknownst to Rudy or Luke, the city council plans to build a new interstate next to their business, wiping out their competitor’s dealership across the street. This is owned by Luke’s brother Roy (also played by Jack Warden) who does know about the planned development. To avoid getting ruined, he plots to take over Luke’s lot, but he’s not willing to simply buy it from him. Knowing his brother has a heart condition, he arranges a drug-fuelled race car driver to give him the fright of his life, leading Luke to die from a massive heart attack. 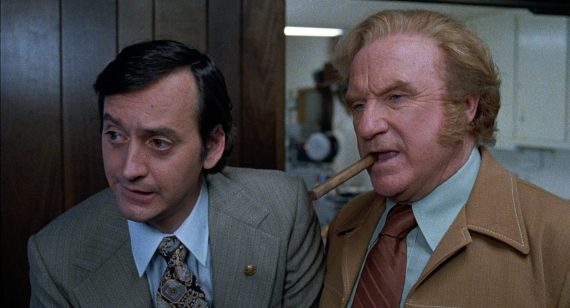 Rudy and his colleagues realise Luke’s death would close down the dealership and put it in the hands of Roy so manage to hide his body before it’s discovered, telling everyone he’s on holiday. In the meantime, to keep the money coming in for Rudy’s campaign, he and the rest of the team try every dirty trick in the book to bring in more customers. Roy does everything he can to scupper this though to force them into bankruptcy or figure out what happened to Luke’s body. Throwing a further spanner into the works on both sides is the arrival of Luke’s estranged daughter, Barbara (Deborah Harmon), who wants to see her dad after 10 years and unknowingly should also inherit the dealership now he’s dead.

I had a lot of fun with this. It’s raucously entertaining with a sharp script loaded with hilarious lines delivered at a breathtaking pace by the cast. On top of the ever-reliable, energetic and charismatic Russell, you’ve got the great underrated character actor Jack Warden filling in a dual role and several lesser-known but excellent comic performers such as Gerrit Graham, Frank McRae, Joe Flaherty and Michael McKean filling in the sidelines. You’ve even got Grandpa Munster himself, Al Lewis, appearing as a judge in the final act and a brief cameo from the late great Dick Miller.

A lot of humour is mined from the wonderfully crafty dirty tricks utilised by the dealers to dupe their customers. These were culled from dozens of stories Zemeckis and Gale heard when they spent a day and a half with real used car dealers in preparation for writing the script. Supposedly a lot of the stories were too risqué for even this R-rated film, so I’d be interested to hear what they were. 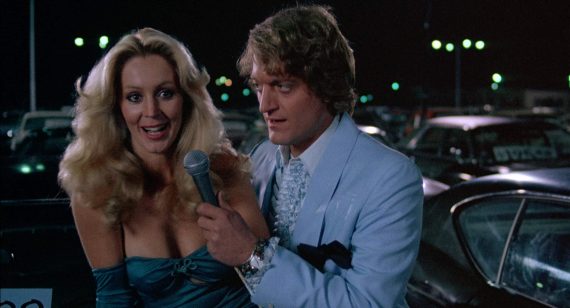 Speaking of ‘risqué’, one problem to be found in the film is its rather dated depiction of women. There’s an awful lot of gratuitous female nudity and only one major female character, Barbara, who is largely sidelined in favour of Rudy and his dealership friends, acting almost solely as a love interest and plot device.

There are some brains to be found behind the lewd and crude aspects of the film though. The film acts as a decent satire of American society. It shows how the ‘American Dream’ is largely gained by f**king over the other guy, using dirty tactics to get what you want rather than simply through hard graft. This message is more than a little relevant today of course, so the film still feels fresh, away from the sexist elements.

On top of the winning humour, there are some fairly impressive action sequences too. As well as a few enjoyably ridiculous fight scenes and stunts earlier on, there is a grand finale featuring 250 cars which is presented like an epic western climax, complete with car-jumping stunts that bring to mind the horse jumps from John Wayne classics. 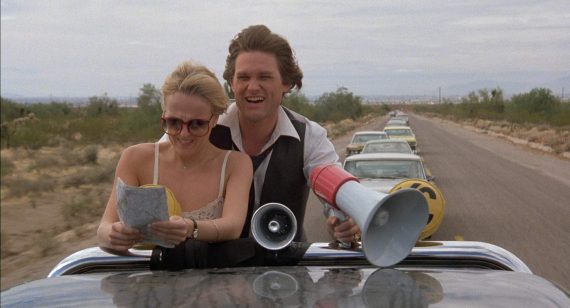 So, although Used Cars shows its age in some of its attitudes, it’s still hugely enjoyable and comes highly recommended to anyone with a taste for black, slightly bad-taste humour. Like a good used car it’s maybe a bit rusty under the bonnet and the salesman has done his best to hide the rough edges but it’ll do the job of getting you from A to B and is just as fun to drive as any shiny new roadster.

Used Cars is out on 12th August on Blu-Ray in the UK, released by Eureka as part of their Eureka Classics series. The picture quality is first-rate – detailed and natural-looking. The audio is solid too.

The commentary is a riot. I’ve always enjoyed Kurt Russell’s commentaries with John Carpenter and like in those he spends much of the time laughing and joking whilst reminiscing about the way they worked back then. His laughing at the film perhaps gets a bit much after a while but his chemistry with the two Bobs is great and it’s one of the most entertaining commentary tracks I’ve heard for a long while. Bob Gale’s interview repeats some of the anecdotes and production background mentioned in the commentary but it’s nice to hear them uninterrupted by all the goofing around of his companions.

The radio interview with Russell is a little more serious than his contribution to the commentary, so makes a refreshing change, though it’s very short and not all that informative. The radio spots are surprisingly entertaining. I often skip trailers and adverts on discs but these were a lot of fun, so I’m glad I gave them a listen.

The isolated score tracks are perhaps not essential but those with an interest in film scoring might be interested to hear why the original score was scrapped and what changes were made.

As always, the booklet is as good as any special video feature and shouldn’t be passed over.