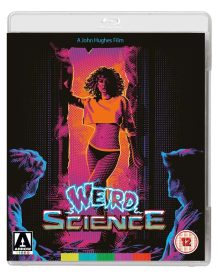 John Hughes wrote fast. Sixteen Candles took two days. Ferris Bueller took a week. According to profiles of the prolific writer/producer/director, when he finished one script, he would immediately start on the next, barely pausing to reflect. Scripts poured out of Hughes, powered by his personal experiences, fantasies and fears. Weird Science was Hughes’ third film as a writer-director, and it is as if Hughes somehow stuck a hose into the mind of himself as a 16-year-old and sprayed the contents all over the screen.

The film follows two teens – Anthony Michael Hall and Ilan Mitchell-Smith – who lust after girls and social status but are too awkward to get near either. One night, inspired by James Whale’s Frankenstein, they try to use a home computer to conjure an artificial woman. When they illegally, and improbably, tap into a government computer, the resulting processing power makes their plan go better than expected. They are presented with a real, super-intelligent supermodel named Lisa who announces she is entirely under their control. Quickly, the boys discover that what they think they want, and what they can actually handle are very different. 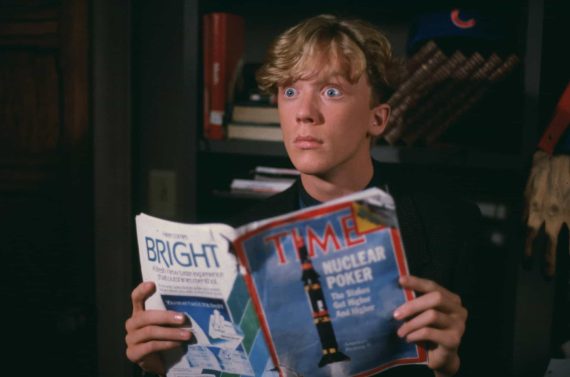 More than any other Hughes production, you can feel the pace of Weird Science’s creation. The characters are simple and barely consistent, and instead of a plot, stuff just happens. Early on, it’s established that Lisa has essentially limitless power. She can create things out of nothing, and make people behave any way she wishes. When Hall’s parents try to prevent him going to a party she’s throwing, she threatens them with a gun (which later turns out to be a water pistol) and then wipes their memories. Later, she introduces a mutant biker gang and turns Mitchell-Smith’s horrible older brother into a sort of turd monster. At these points, the film resembled nothing so much as a smutty Mary Poppins. The sense of unreality is heightened by the wildly varied performance styles. As Lisa, Kelly LeBrock can be charming, but also quite stilted. Mitchell-Smith mumbles and just looks embarrassed to be there. Hall at least understands the absurdity of the production, over-acts wildly and throws in a few comedy accents. Bill Paxton is memorably obnoxious as the brother, and Robert Downey Jr turns in an early version of his twinkling smirk as a bully.

At times, the film tips into full parody (although a parody of what is not entirely clear), and the sheer randomness of events threatens to become wearying. What saves it is Hughes’ success in demonstrating that his protagonists are both obsessed with sex, but also terrified of it. When Lisa appears, their first demand is that she shower with them, but once she’s naked and the water is on, they just stand there, still half-dressed, clueless about how to proceed. Their predicament is both a dream and a nightmare, and as their adventures with Lisa continue, makes about as much sense. 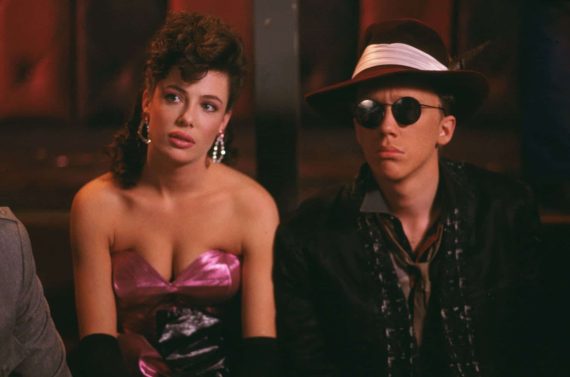 Arrow have commissioned a new transfer of Weird Science for this release, and it looks brilliant: consistent, colourful and bright. They’ve also put a lot of time and thought into the extras. Three different cuts of the film are included: the theatrical release, an extended cut with two additional scenes, and the edited for TV version. For those who don’t want to watch the film three times to check the differences, Arrow have thoughtfully included the two scenes separately, and a short comparison film demonstrating the TV changes. The two scenes are well worth a look: the first provides much needed context for why the boys decide to make a woman (and therefore improves the theatrical version); the second is a fun but throw-away encounter with minor characters. 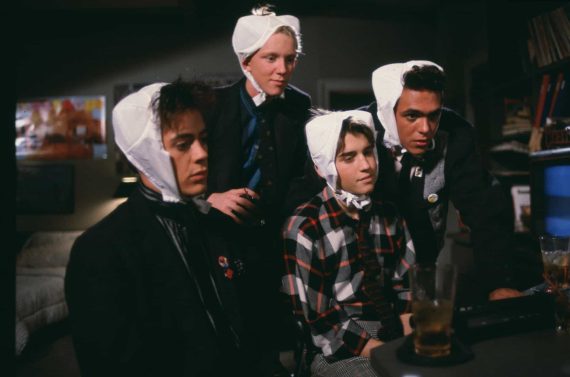 In addition, you get the theatrical teaser and trailer, 2 TV spots, 9 radio spots, 3 image galleries featuring the film’s 133-page shooting script, 119 production, publicity, and behind-the-scenes stills, and 22 images of posters, soundtracks, and home video artwork. Finally, It’s Alive: Resurrecting Weird Science has been brought over from the previous Blu-Ray release. It’s a 17-minute discussion of the film’s making and impact with an unusually high standard of contributors, including Anthony Michael Hall, Diablo Cody and Amy Heckerling.