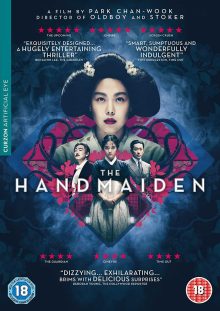 Chan-wook Park is a director who can do no wrong in my eyes. I’ve loved all of his films, even his divisive English language debut Stoker (although I haven’t seen his earlier pre-Vengeance Trilogy films or I’m a Cyborg). So, like many world cinema fans, I was excited to see what The Handmaiden, his return to South Korea, had in store, and I wasn’t disappointed.

The Handmaiden is based on the novel ‘Fingersmith’, by Welsh writer Sarah Waters, but with a change of setting from Victorian era Britain to Korea under Japanese colonial rule. Sookee (Tae-ri Kim) is hired as the new handmaiden to a Japanese heiress, Lady Hideko (Min-hee Kim), who lives with her ageing uncle Kouzuki (Jin-woong Jo), a cruel man who wants his hands on his niece’s fortune. Sookee however, has actually been hired by a swindler, posing as Count Fujiwara (Jung-woo Ha), who plans to have the handmaiden help him woo Hideko so he can marry her, then declare her insane and keep her money for himself. Sookee’s part in the plan becomes complicated however, when she falls in love and forms a sexual relationship with Hideko. The plot thickens further as the film goes on, but I wouldn’t want to spoil anything.

Like Stoker, The Handmaiden is a sexually charged, big, brash erotic thriller that may not necessarily be subtle or original, but enthrals nonetheless. As is to be expected from Chan-wook Park, the film is meticulously well made, and this is why it works so successfully, despite potentially trashy source material (no offence to the original novel, but I’ve seen plenty of these twist-laden, sex-filled thrillers before). The film looks ravishing, shot artfully and filled with lavish, yet imposing production design that creates the darkly beautiful prison Hideko is trapped in (her uncle’s house, that she is rarely allowed to leave). 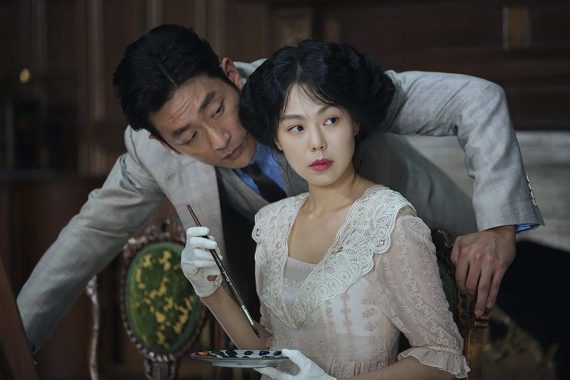 Park also ensures the eroticism of the film is genuinely sensual. As he proved in Stoker, he’s adept at directing scenes of great sexual tension. Early scenes between Hideko and Sookee are electrifying and when they finally consummate their relationship, the scene is played big, but tastefully done. The scene is revisited later on in an extended, more graphic form, but it still feels sexy and not too exploitative.

The film isn’t perfect though. I found the first half gripping but fairly straightforward, then a big twist shifts the story quite dramatically in the middle. This made for a more intriguing plot in the second half, but a large portion of this section brings us back over the bulk of the first half, only to see a different perspective on it. As illuminating as it is, it brings the pace down and the film starts to feel a little drawn out. This is a problem with a lot of Chan-wook Park’s films. The final act could have been trimmed a little in particular. I’m glad I chose to watch the theatrical cut over the extended version due to this. 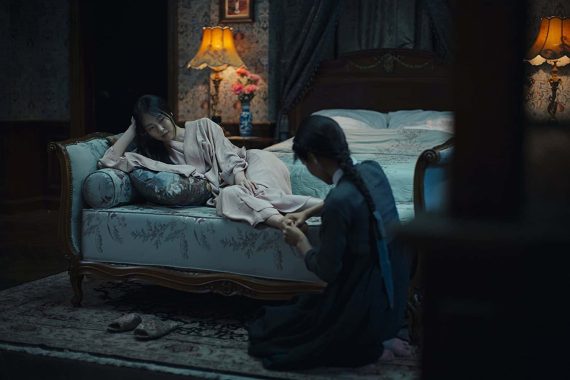 I’d never call the film boring though and I still enjoyed it a great deal. Immaculately and sumptuously produced with generous helpings of sexuality, it’s intoxicating to watch and maintains Chan-wook Park’s reputation as one of the finest directors of his generation.

The Handmaiden is out on 7h August on Blu-Ray and DVD in the UK, released by Curzon Artificial Eye, as well as in a Special Edition Blu-Ray set which incudes both the theatrical and extended cuts of the film, and in a Sainsbury’s exclusive DVD set containing the 2 versions. I saw the Blu-Ray version of the theatrical cut and the picture and audio quality was excellent.

The theatrical cut 1 disc version I saw had no special features, but the Special Edition contains a 60 min interview with Chan-wook Park, a making of featurette, a piece on the Cannes premiere and interviews with the cast.