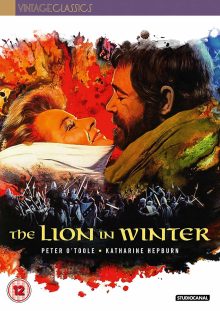 Studiocanal have reached a milestone 100 titles in their excellent Vintage Classics range and they’re celebrating by launching a brand-new website. We’re big fans of the series and have reviewed numerous titles from it. To join in the celebrations, we’re digging through their back catalogue to review a trio of favourites. Next up is The Lion in Winter.

During the 1960s, the historical drama was a popular subgenre in the film world, with the likes of Anne of the Thousand Days, A Man for All Seasons and Becket all finding themselves nominated for the Best Picture Oscar. Though benefiting from high production values and strong casts, these historical dramas were often rather po-faced, overlong affairs which treated their subject matter with such solemnity that the grey of the ubiquitous castle walls that served as their backdrops seemed to seep detrimentally into the overall atmosphere. Of the three aforementioned films it was A Man for All Seasons that won the Oscar but it was Becket that stood out from the pack, largely thanks to the performance of Peter O’Toole as King Henry II. Richard Burton played the title role and was also magnificent but his style was one of grim reverence, while O’Toole was vivacious, playful. This vibrant twinkle, so hard to find below the layers of dust coating other filmed histories, made O’Toole the ideal casting for the lead role in Anthony Harvey’s The Lion in Winter, a film that combined the best elements of its predecessors (the grandiose sets, the stellar cast, the strong sense of period) with an impish wit that underscores every moment of James Goldman’s phenomenal script as he weaves a fiction using real life characters, being careful to pick them up from and drop them off at historically accurate points that lend credence to his sardonic suppositions.

O’Toole once again steps into the shoes of Henry II, (making him the second of only six actors to be Oscar nominated twice for playing the same role, the first being Bing Crosby as Father Chuck O’Malley and the most recent being Sylvester Stallone as Rocky Balboa) only this time as a much older man, the ‘Winter’ in the title referring to both the season in which the film is set and the winter of Henry’s years. Forced to choose an heir to his throne from his three sons, Henry favours the snivelling, weasly coward John while his wife, Queen Eleanor, whom Henry keeps as a virtual prisoner, favours oldest male child Richard. The situation is further complicated by Alais, the half-sister of King Philip II of France, who has been promised as a wife to the future heir but has also been taken as a mistress by Henry himself. Philip is now demanding either a wedding take place or his dowry be returned. In response, Henry holds a Christmas court to which he invites all the players. So begins a complex web of back-stabbing, plotting, verbal-duelling and farcical point-scoring. 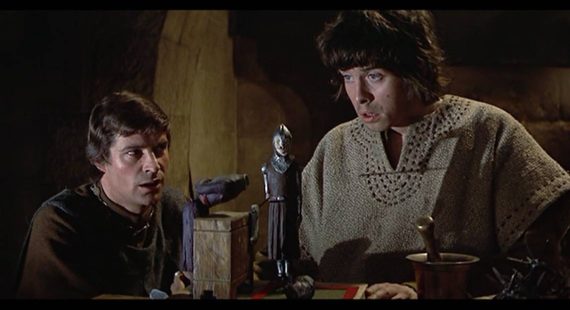 The Lion in Winter has three major assets that make its dialogue-heavy machinations utterly spellbinding for a 2 hour plus running time. We have already touched upon two of these assets: James Goldman’s riveting script and Peter O’Toole’s playful but commanding performance. But the third asset is truly the film’s greatest and lifts it emphatically above all competition as the greatest 60 historical drama. That asset is Katharine Hepburn. Widely recognised as one of the finest actors of all time, Hepburn had just received a major blow when her long-term lover Spencer Tracy passed away following their final film together, Guess Who’s Coming to Dinner. It was O’Toole, of whose career Hepburn had been an advocate since the early days, who suggested bringing Hepburn on board but sent her the script with no real expectation that the grieving actress would show any interest. Not only did Hepburn show interest, she delivered what is probably her very finest performance. As the estranged Queen Eleanor, Hepburn steals the film completely, although the tug of war between her and O’Toole makes the numerous scenes in which they appear together absolute dynamite. When an actor has been through a tragic period of their life, critics often like to imply that a subsequent great performance was informed by this tragedy. It is testament to Hepburn’s perfection in this role that no such idea ever occurs to the viewer. Indeed, despite her distinctive voice and appearance, she embodies the devious queen so completely that it’s easy to forget you’re watching a performance which, for all its power and brilliance, is something you can’t say for O’Toole’s blustering powerhouse of thesping. The characters in The Lion in Winter are deeply complex, seething bundles of interlaced love and hatred, contempt and respect, and they turn on a dime. Within one scene Hepburn can go from smirking manipulator to heartbroken victim and her resentment of her husband and captor is only rivalled by the barely suppressed sexual fascination that pulses through both of them and binds them together. 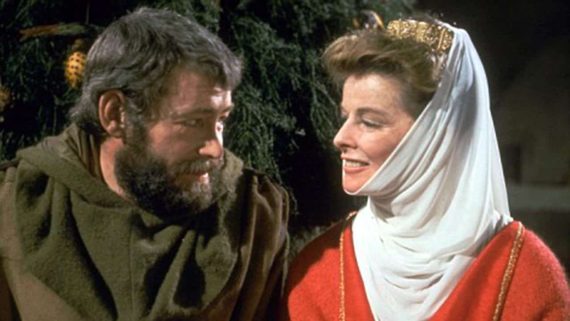 In the supporting roles, Anthony Hopkins and Timothy Dalton, both in their film debuts, stand out as Richard and Philip respectively. Hopkins role demands that he maintain a poker-faced pride and dignity for the most part but that he also breaks at a couple of crucial moments, while Dalton is another manipulator whose youth and naivety do not affect his confidence when locking horns with the more experienced but not indestructible Henry. Hopkins and Dalton also have a revelatory scene together which both actors play with an understated maturity which wisely avoids attempts at matching the film’s two stars or imitating their styles. John Castle, as overlooked son Geoffrey, is suitably low-key too, leaving only Nigel Terry as the comically juvenile John to slightly miss the mark. John is an unpleasant little smear of a boy and Terry attempts to overplay this for comic effect but sadly, especially given the talent by which he is surrounded, he comes off like the best actor in a school play who has somehow been fast-tracked onto a film set. While the role is small enough to not have too significant an effect, the scenes featuring John can feel curiously unbalanced, particularly if Hepburn is also on screen. 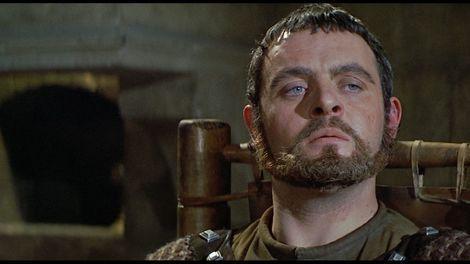 Although The Lion in Winter was critically acclaimed and garnered Oscars for Goldman’s screenplay, John Barry’s score and Hepburn’s performance (the Oscar was shared with Barbara Streisand for Funny Girl), its reputation has dimmed somewhat in subsequent years, largely due to the decline in popularity of the historical drama and the perception that it is more of a relic than a classic. This unfortunate filing-away in the archives is likely the result of judging the film by the less entertaining entries with which it shares it subgenre and with which, at a glance, it could be confused. Those who have seen the likes of Anne of the Thousand Days and avoided The Lion in Winter as a result are advised to take another look. This is a very different film indeed, one of the pinnacles of its kind, and more than worth anyone’s time to see Katherine Hepburn deliver one of the greatest performances in cinema history.

The Lion in Winter is released by Studiocanal on DVD, Blu-ray and EST on October 17th 2016. Extras include an audio commentary by director Anthony Harvey, archival interviews with Anthony Hopkins and Peter O’Toole and new interviews with John Castle and John Barry. Of these interviews, the most entertaining is the short but warm excerpt featuring Peter O’Toole who was an effortlessly magnetic presence both in and out of character.