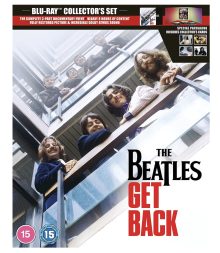 Well, in the end it was nowhere near as bad, depressing or awkward as it was thought to be. For decades, Let It Be, Michael Lindsey Hogg’s film documenting  The Beatles’ strained and torturous recording sessions at the start of 1969, has carried with it an air of depression and defeat. Its dour reputation has been haunted perhaps most of all by an infamous clip of Paul McCartney telling George Harrison how to play his guitar; needless to say, at the time the film seemingly did no favours to The Beatles’ reputation and has thus languished in obscurity for years, with fans clamouring for it to be re-released and re-assessed.

Enter Peter Jackson. The Kiwi filmmaker, who has stepped away from behemoth Hollywood productions such as Lord of the Rings and King Kong to concentre on smaller documentary fare (check out his powerful WW1 film They Shall Not Grow Old) is a huge Beatles fan, so it was perhaps not entirely unexpected that his attention alighted on this almost mythical slice of Beatles lore. Originally planning to go through all 60 hours of original footage to create his own, new cut of the film, the COVID pandemic ensured that those plans swiftly changed. No longer aiming for a cinematic release, Jackson planned to debut his film on Disney+ instead…and to present us not with a two cut but a mammoth 8 hour uber documentary.

You could practically hear Beatles fans swooning across the Globe. 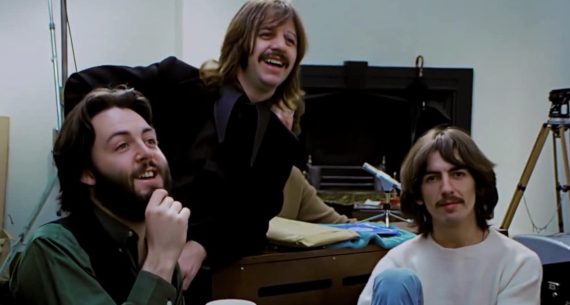 As for the end result? Well, it was everything Beatles fans expected and more. Revelatory, moving, candid, and, perhaps most surprisingly of all, celebratory and triumphant, Peter Jackson’s Get Back was as different from the original Let It Be film as Please Please Me is from Abbey Road – the same DNA is there, but both exhibit radically different outcomes.

Get Back has been available on Disney+ for months, so the vast majority of Beatles fans will have no doubt already lapped up all the joys the documentary has to offer. Last week, however, saw the physical media release of the film on Blu Ray. So how does Get Back stack up when watching the whole thing again for a second time?

For me, it is still just as fascinating and engaging as it was when I streamed all three parts of the documentary last year. The key moments still move and excite in equal measure. Hearing a secret, backstage chat between Lennon and McCartney discussing George Harrison quitting the band…seeing McCartney conjure the song Get Back out of seemingly thin air…witnessing Peter Sellers, on an impromptu visit to the studio, looking decidedly uncomfortable in front of all the  cameras…discovering just how vital roadie Mal Evans was to the Beatles machine…watching the sudden change that ripples through the air when Billy Preston enters the studio…seeing Ringo fart like a jovial uncle. 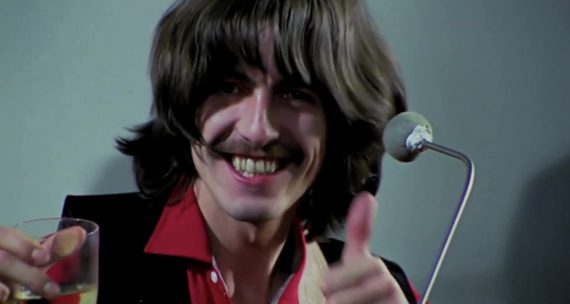 It is debatable how much of this would appeal to Beatles agnostics. Jackson does his best to draw in the uninitiated by structuring the footage into a coherent, almost dramatic narrative. The Beatles have placed themselves into a corner by promising to deliver a new album in time for a televised concert…the countdown swiftly ticks away as new songs fail to emerge and tensions within the band, exacerbated by the chilly, cold environment of Twickenham Film Studios, reach breaking point. Yet that structure can only hold water for so long. Ultimately (until the climatic Rooftop Concert) the majority of Get Back is simply footage of a group of musicians jamming and messing around trying to write some songs. The magic of the film is that this band just happens to be The Beatles. For a group that desperately tried to keep their recording sessions as private as possible (no wives, girlfriends, hangers on or friends were usually allowed in the studio…well, at least for a time…more on that in a bit) it is revelatory for the viewer to take up the position of a fly on the wall.

What all of this does, and what will surely prove to be Get Back’s lasting legacy, is that it helps to demystify this most legendary of rock bands. After a while, you forget that you are watching musical titans John Lennon, Paul McCartney, George Harrison and Ringo Starr. Instead, you find yourself watching just John, Paul, George and Ringo, young men still in their twenties. They come across as fun, angry, joyful, stressed, loving, depressed…basically human and (whisper it) ordinary. The Beatles weren’t Gods. They were just four blokes. Get Back allows to you meet them for the first time. 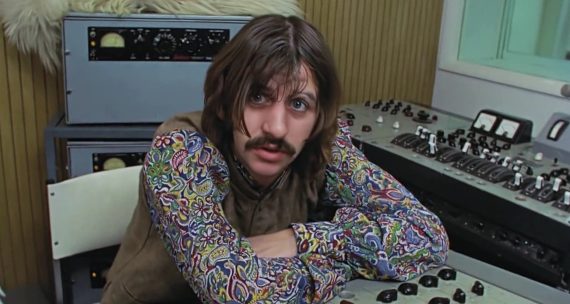 The film also helps to break down some long held mistruths. Seeing George Harrison invite some Hare Krishnas into the studio, as well as seeing Linda McCartney frequently turning up with her daughter Heather, puts to bed the belief that Yoko Ono was a significant cause behind the break up of The Beatles. There is no doubt that Lennon bringing his new girlfriend into the scared realm of Abbey Road initially caused some conflict; but Yoko Ono was simply another spark to the powder keg of tension that had been growing within the band for years. She wasn’t the detonator. For that, you’ll have to look at the fractious relationship between two best friends who had very, very different personalities and a business man called Allen Klein (but that is a story for another time). As Get Back shows, bringing friends and wives into the studio was by this stage a moot point and certainly not a cause for the band to break up. 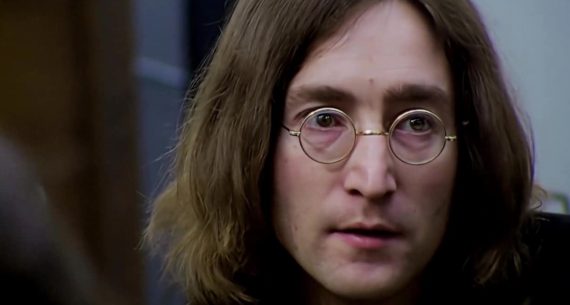 Yet perhaps the person who gains the most from Get Back is Paul McCartney himself, for whom the film adds yet another boost to his current reappraisal and elevation to untouchable national treasure. For decades, McCartney’s reputation has wilted  in Lennon’s shadow, with the idea of him being bossy and self centred in no way helped by the infamous clip of him telling Harrison how to play his guitar. Yet all of that is stripped away in Jackson’s film. McCartney slowly emerges as the heart and soul of the band, the one guy doing his best to hold everything together as it inevitably begins to fall apart. When no other members of the band actually turn up at the studio one day (aside from McCartney himself) the camera pushes in, capturing him doing his best to put on a brave face and hold back his tears. This isn’t a man on an ego trip. Instead, this is someone doing his best to be a professional while he sees his best friends slowly slip away forever. For all the joy of watching The Beatles mess around and perform, no other moment across the eight hours of Jackson’s film hits as hard or as powerfully as this – or reveals as much. 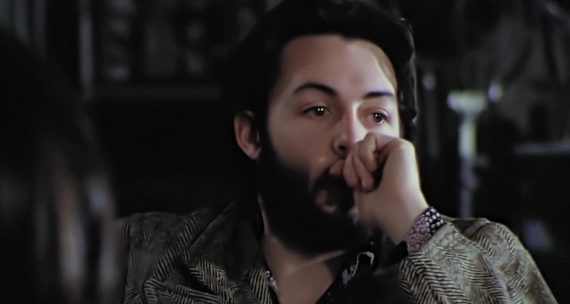 Ultimately, Get Back is a treasure trove of similar moments. For those uninterested in the band or their music, it will clearly lack a certain appeal. But for those with even a passing interest, this is a seminal, unprecedented look at The Beatles that not only furnishes and upholds their legend but, far more excitingly and importantly, strips it back to reveal the four ordinary humans underneath.

Get Back is out now on Blu Ray. I would love to tell you how the Blu Ray fares compared to the streaming version on Disney+…but for this review of the Blu Ray, Disney only sent through a streaming link. So…ahem. I can provide some info on what I have read elsewhere, if that helps…

Basically what Disney are releasing is a bare bones version of the film that appeared on their streaming service last year. It is disappointing that Disney hasn’t seen fit to release a 4K version of the film (especially since it streams in 4K with HDR on Disney+) but we can assume that the disc image here won’t be miles off what viewers saw online, perhaps with slightly better encoding. The three discs contain a Dolby Atmos mix, 7.1 PCM and 2.0 PCM stereo track but I can’t comment on the quality of the sound, for obvious reasons. What I can gather is that one of the more controversial aspects of Jackson’s restoration, namely the liberal use of DNR to reduce the film grain of the original footage, has been carried over to this physical release.

The complete lack of extras is also a crushing disappointment, especially considering there is a wealth of unused material and that Jackson apparently had an ever longer cut primed before he reduced things down eight hours. Even a complete, uncut version of the rooftop concert would have been a very worthy bonus. As it is, we get nothing at all.

Looking at pictures and a few instant reactions online, the packaging is meant to very nice, so there is that…but overall, this remains hard to recommend for anyone who was hoping for something more than just a physical release of Get Back. If you want a physical copy to keep forever, this release obviously works. But the lack of 4K and complete lack of extras means that Get Back’s physical release can’t help but carry a faint whiff of disappointment.