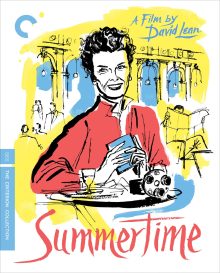 David Lean is a director who’s career is usually broken into two distinct chunks: the ten smaller-scale British films with which he launched his career (including classics like Great Expectations and Brief Encounter) and the five later British/American Epics with which he became most associated (including Best Picture Oscar winners The Bridge on the River Kwai and Lawrence of Arabia). But, as with all the most intriguing stories, there’s a puzzle piece that doesn’t fit quite so neatly. A film that shares a sense of the widescreen grandeur of Lean’s Epics but tells a story smaller even than those of his British pictures. This anomaly is Summertime, a sumptuous Venetian romance shot on location in the city itself, presenting the sights in glorious Technicolor and providing the legendary Katharine Hepburn with one of her finest screen roles. Though it’s easy to forget Summertime is lurking there in the transitional point of the Lean filmography, this was Lean’s own favourite among his own films, partly because he fell in love with Venice to the extent that he made it his second home. Though I’ve never been to Venice, this love is understandable after spending just 100 minutes in Lean’s version of the city.

Hard to believe, given how quaintly the examination of contemporary dating etiquette and fast-blooming romance plays today, but Summertime caused some controversy in its time for its not wholly disapproving depictions of adultery. The film is not lascivious but the screenplay by Lean and H.E. Bates, based on the play by Arthur Laurents, does lightly criticise the constrictive sexual mores of Western society, which are depicted as often leading to or exacerbating loneliness and repression. This is no one-sided diatribe though, and the heartbreak that can be caused by flouting such established romantic rules is also examined. Ultimately, love is both celebrated for its wild, untameable nature and acknowledged for the complex, dangerous thing it can be. With such themes at its centre, Summertime did not have an easy time getting off the ground, with Lean having to promise a Cardinal that no scandalous bare female arms would be shown in or around the city’s holy sites, and United Artists having to make a large donation towards the restoration of St. Mark’s Basilica. Nothing like a big wad of cash to really extinguish those moral objections! Even with the necessary permissions in place, Summertime was subject to numerous cuts, outright banned in India, and deemed “morally objectionable in part” by the Catholic League of Decency. 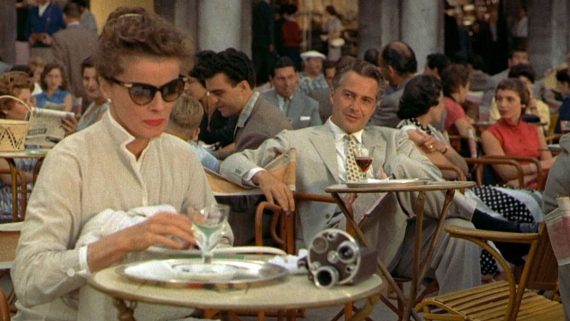 If any of this leaves anyone rubbing their hands in anticipation of something salacious, you’d better rub in another direction! Summertime doesn’t seem remotely risqué by modern standards, although it is equally fascinating to take a holiday in the moral restrictions of yesteryear as it is to vicariously consume the Venetian landscapes. Summertime is a lush experience, with Venice very much vying to steal star billing from Hepburn. Lean’s camera consumes the city with the hungry wonder of a first-time tourist. Reflected in Hepburn’s constant wielding of a large camera, Lean’s enthusiasm for Venice is everywhere on screen, giving Summertime a pleasant travelogue feel. But the film never lets the beauty of the city distract from its emotional core. Rather, the spectacularly beautiful backdrops serve to enhance the sadness of its protagonist, who finds herself plagued by the same emptiness and loneliness she felt in less picturesque settings and which she’d hoped would be dispelled, at least temporarily, by the grandeur of an exotic setting. Just as it cannot quell sadness, so Venice also fails to upstage Summertime’s real star. Hepburn’s performance here is another career highlight in a filmography bursting with them. At first, I must admit, I was concerned. The opening scenes in which Hepburn excitedly converses with fellow tourists seemed to indicate that this was going to be one of her more over-the-top performances but my fears were assuaged when she arrives at the hotel and we begin to glimpse the real woman behind the facade. This is when it becomes clear that those overly-effusive early scenes were Hepburn performing a performance, as it were. Her character Jane, though she seems to engage with people easily, is always putting on a show for them, hiding her real feelings behind a mask of optimism. Though her enthusiasm is rooted in a real sense of hope, when that mask slips, as subtly portrayed by the magnificent Hepburn, the result is devastating. 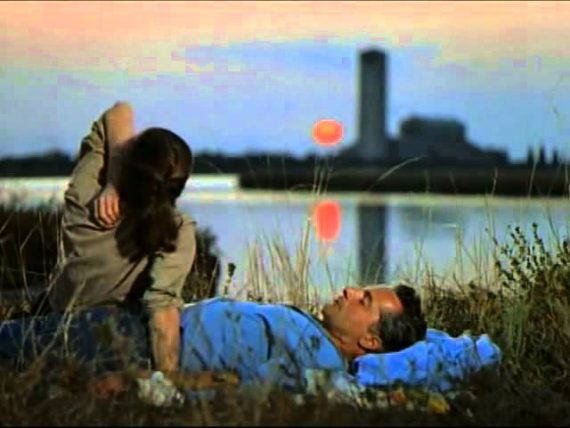 On paper, Summertime’s screenplay probably seems terribly thin. But Lean presumably had a vision of how much heavy-lifting his lead actress would be carrying out when he undertook the adaptation. His camera lingers on Hepburn’s expressive face almost as much as it does on the sights of the city. The story is punctuated with a few flourishes to keep things moving, such as a growing relationship between Hepburn and street urchin Mauro, a sweet but sometimes cloying Gaetano Autiero (a scene in which Hepburn willingly gives him a cigarette may raise a few eyebrows), or an almost inevitable slapstick moment in which Hepburn tumbles into a canal (an unsanitary stunt that left the actress with a rare and lifelong form of conjunctivitis). But these exclamation marks are kept to a minimum, incorporated seamlessly into the meditative framework. Lean demonstrates his expertise at constructing a scene in Summertime’s most memorable moment, as his camera picks out a potential cure for Jane’s loneliness amongst a large crowd, only for a silently communicated missed opportunity to leave her devastated and teary-eyed in frustration and desperation. The combination of Lean’s mise en scene and Hepburn’s deeply humane performance is absolutely overwhelming in its sadness.

After teasing the audience for a long portion of the runtime, ensuring we vicariously experience Jane’s melancholy isolation, Summertime ultimately shifts into a more traditional love story for its final act. How much you enjoy this part of the film will depend on your tolerance for widescreen, swooning screen romance, although crucially Lean never lets go of the melancholy given the obviously temporary nature of a holiday affair. And the film’s ending, in keeping with its whole, is enormously satisfying in the way it gives comparatively little. You can see the scale of Lean’s Epics just around the corner but also feel the intimate charm of his British films in the admirable restraint. It’s a wonderfully judged ending, indulging romantics and realists alike and leaving audiences with an appropriate sense of the film they’ve just watched. Summertime may feel ponderous to viewers who demand constant distracting action but to those who adore immersing themselves fully in an experience, it may become a new favourite. Despite well-earned Oscar nominations for Lean’s direction and Hepburn’s performance, Summertime isn’t that widely discussed these days. Hopefully this wonderful new Criterion Collection release will change that to some extent.

Summertime is released on Blu-ray by The Criterion Collection on 25 July 2022. Special features are as follows:

New 4K digital restoration, with uncompressed monaural soundtrack on the Blu-ray
New interview with film historian Melanie Williams
Interview from 1963 with director David Lean
Audio excerpts from a 1988 interview with cinematographer Jack Hildyard
Trailer
English subtitles for the deaf and hard of hearing
PLUS: An essay by film critic Stephanie Zacharek