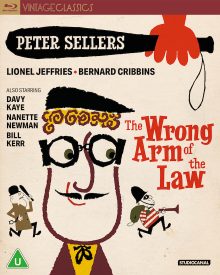 Ray Galton and Alan Simpson are famous in the UK largely for writing for TV, most notably their early work with Tony Hancock and later the hugely popular Steptoe and Son series. They did venture out into the world of film though, from time to time. Continuing, or rather coming at the end of, their relationship with Hancock, the pair worked with him on The Rebel. Then, not long after this, joining fellow Associated London Scripts (ALS) member John Antrobus, they were brought on to revise a script that would become The Wrong Arm of the Law.

From what I can gather from the interview with Antrobus included on Studiocanal’s forthcoming Blu-ray release of the film, on top of the details provided by IMDB, the original script was written by Len Heath and John Warren, based on a story by Ivor Jay and William Whistance Smith. Reportedly, the original draft had a nice concept but didn’t hold together very well as a whole. So Galton, Simpson and Antrobus took the idea and wrote their own script around it. 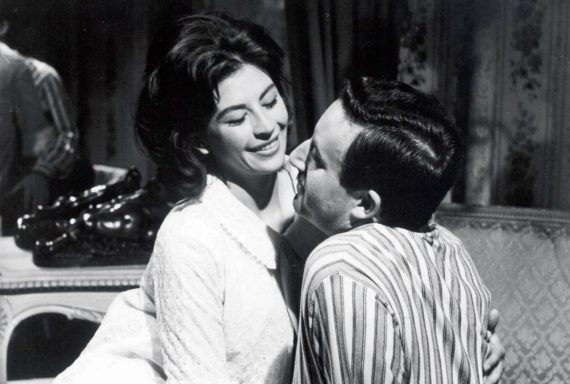 The finished film, which proved a success at the British box office, stars Peter Sellers as the amusingly named Pearly Gates. He’s the leader of a criminal gang whose ‘jobs’ are being repeatedly scuppered by an Australian gang led by Jack Coombes (Bill Kerr). Coombes’ men are soon dubbed the “I.P.O. mob” as their success comes from impersonating police officers so they can pretend to catch criminals in the act and run off with the loot themselves.

When Gates’ local rivals also feel the sting of the I.P.O. mob, the London criminals meet to figure out how to put an end to the problem. Their solution is to join forces with the police, who are also being shamed by the outsider gang. So, both sides of the law come up with a cunning plan to thwart the I.P.O. mob.

One stumbling block, however, is the fact that the villains are getting their insider information from Gates’ girlfriend, Valerie (Nanette Newman). So, unbeknownst to the gang leader, all of his well-thought-out plans are being quickly syphoned to his enemies. 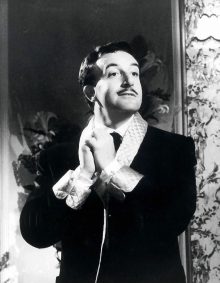 A lot of British comedies from the early 60s can feel rather dated but, whilst it certainly shows its age in places, The Wrong Arm of the Law holds up very well. The relatively simple but fun premise helps and the comic spin on crime movie tropes give it all a bit of an Ealing vibe.

Holding everything up though are the performances. Whilst the concept is great and story nicely told, the dialogue isn’t as witty as in some classic comedies, so it’s up to the cast to keep the gags hitting their mark. Sellers is always reliable and excels as the big-headed but ultimately thick-skulled criminal ‘mastermind’. He gets a little extra fun out of the role through his character’s alter-ego front, posing as a decidedly camp fashion designer.

The supporting cast is strong too. Lionel Jeffries is a lot of fun, as the half-witted police inspector in charge of the case, “Nosey” Parker, and I also enjoyed Bernard Cribbins a great deal, as the twitchy rival gang leader Nervous O’Toole. 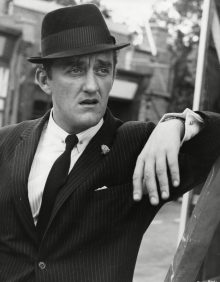 The Wrong Arm of the Law has several laugh-out-loud sequences too. I thoroughly enjoyed the ‘board meeting’ scene where a form of criminal co-operative meets to discuss the problem at hand. I loved the 24-hour crime amnesty sequence too and the calamitous finale is also a lot of fun. There’s even a nice little pop-culture reference gag that made me chuckle, where some thieves discuss the films they’ll watch to prepare for their next heist (including Rififi and The League of Gentlemen).

So, whilst it’s not perhaps as sharp or as daring as some of the better known British comedy classics, The Wrong Arm of the Law remains a hugely entertaining caper. With a fine cast having fun hamming up their roles, it’s a lovable treat from start to finish.

The Wrong Arm of the Law is out on Blu-ray and Digital from 2nd May, released by Studiocanal as part of their Vintage Classics range. I watched the Blu-ray version and it looks fantastic – pin-sharp and with an impressive depth of contrast and detail. The audio is solid too.

The interview with John Antrobus is a nice addition to the disc. He talks about how he got into the industry, his experiences on the production and what he did afterwards. He’s frank about his alcoholism back then and how it affected him, so it’s a very personal piece, but without getting maudlin.

Not a huge set of extras then but the film is great, the added interview is strong and the picture and sound quality are first-class, so it’s still a worthwhile purchase overall. 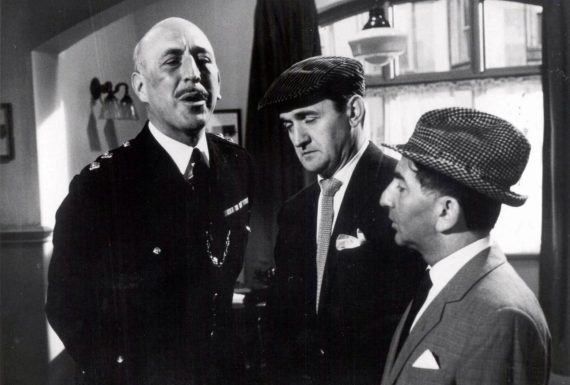