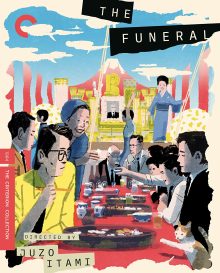 Jûzô Itami, the son of Mansaku Itami, a successful pre-war film director, originally set out not to follow in his father’s footsteps. He dabbled in a range of careers, settling into acting in the early 60s. Whilst working on Sing a Song of Sex for Nagisa Oshima he met the actress Nobuko Miyamoto and, after acting together again later on a TV movie, the couple got married.

They carried on their individual careers for a while following this, with Itami taking on some commercial and TV directing and producing roles on top of his acting.

However, one day, Miyamoto’s father died. The couple was tasked with arranging a traditional funeral for him, which they had no idea how to do, given their inexperience in such matters and their metropolitan lifestyles. Supposedly, at the end of the funeral, when the family watched the crematorium’s chimney and noted there wasn’t much smoke coming from it, Itami said, “this would make a great movie”. This sparked his first move into feature film directing, in the shape of The Funeral, and he brought Miyamoto on as his lead actress. 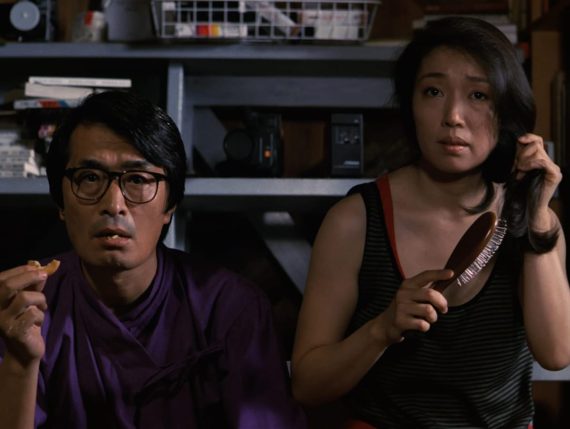 The film was a big success, winning over the hearts of both audiences and critics, leading on to a celebrated career for Itami, who worked with his wife on the majority of his films. Sadly, however, the director’s life was cut short in 1997 in what rumours suggest was a suicide staged by a gang who were angry at him for his anti-yakuza satire Minbō no Onna. The Goto-gumi gang had already beaten and slashed the face of the director a few years prior.

The Criterion Collection are releasing Itami’s debut feature, The Funeral, on Blu-ray and, having fallen in love with his later film, Tampopo, which they also released on the format, I hurriedly picked up a copy to review and my thoughts follow.

As suggested earlier, The Funeral tells the story of a couple of actors, Wabisuke Inoue (Tsutomu Yamazaki) and Chizuko Amamiya (Nobuko Miyamoto), who are expected to organise and host the funeral of Chizuko’s father (Ichirô Ohba) in their holiday home in the country (which was in fact Itami and Miyamoto’s actual home). 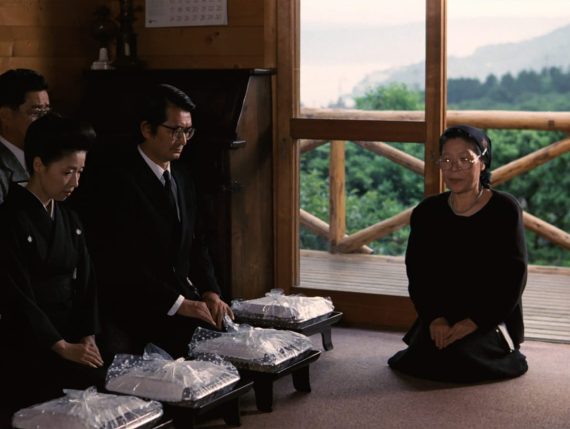 The pair are not quite sure what they’re doing, but try their best to follow the traditions as their extended family and friends descend on their house, causing chaos in their wake.

Throughout the films they made together, Itami and Miyamoto liked to take on seemingly everyday or mundane topics and make them entertaining. Tampopo and this are good examples. The former explored food, which is something we often take for granted, creating a riotous and imaginative film around the topic. The Funeral isn’t quite as wild and surreal but still manages to mine comedy from the generally sombre task of organising a funeral, studying the process in enjoyably honest detail.

This humour is perfectly pitched too. The sadness of the occasion is never undermined. Itami simply finds natural releases within each situation, for the most part at least. There are a couple of more outlandish sequences, most notably the arrival of Wabisuke’s mistress who pressures the frustrated man into having sex with her outside whilst the family grieve inside. This didn’t settle as well as the more relatable jokes for me. For instance, I totally cracked up at the “try to look more bereaved” line when the uncle stops Granny’s final goodbye to take a photo. 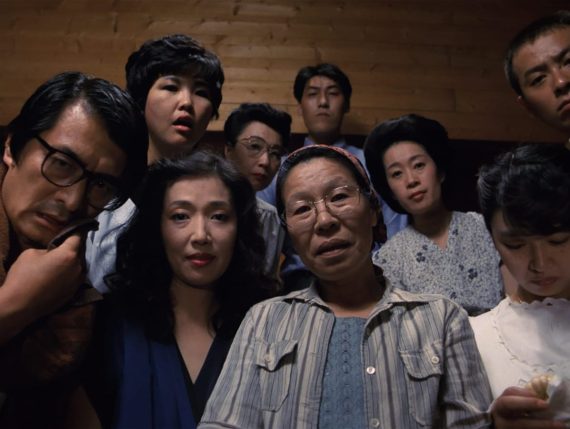 In his films, Itami also liked to explore what it meant to be Japanese. This is strongly represented here, as much of the drama and humour surrounds the various rituals, traditions and formalities particular to Japanese funerals. There’s a wonderful sequence where a priest is delivering a long mantra and the camera tracks across a row of mourners’ feet shuffling around as they grow uncomfortable sitting in seiza (with your knees on the floor and your bottom resting on your feet). The phone then embarrassingly rings, which prompts Wabisuke and Chizuko’s manager to jump up to answer it before stumbling over because his legs had gone numb from the sitting position.

The film is full of these beautifully observed moments that can be touching, sweet, hilarious or all three at once. Though focussing on decidedly Japanese traditions, The Funeral is also still very relatable to audience members that haven’t even been to Japan, such as myself. The complicated family dynamics, with closeness matched by petty squabbling, help add a universality to the film.

So, it turns out that, on top of making the ultimate food film, Itami had previously made the ultimate funeral film! Wonderfully frank in its approach and filled with beautifully observed comedy, it’s a sweet, thoughtful treat. 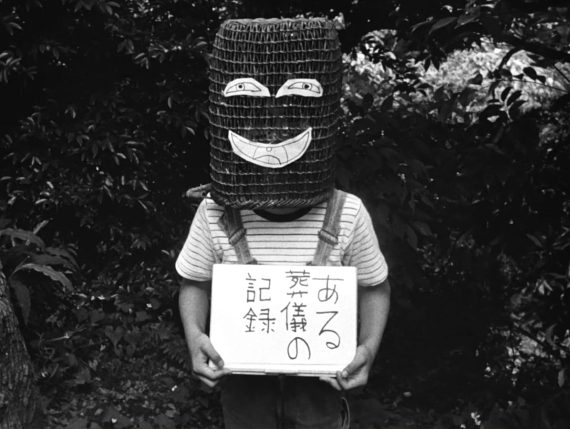 The Funeral is out now on Blu-Ray in the UK, released by The Criterion Collection. It looks gorgeous, with lovely tones, rich detail and natural grain and colour. The audio is largely crisp and clear too, though I thought I could detect a little top-end distortion in a scene (one of the priest sequences).

The film comes with a handful of extra features too. These include:

– High-definition restoration, with uncompressed monaural soundtrack on the Blu-ray
– New interviews with actors Nobuko Miyamoto and Manpei Ikeuchi
– Creative Marriages: Juzo Itami & Nobuko Miyamoto, a short program produced by the Criterion Channel
– Commercials for Ichiroku Tart by director Juzo Itami
– Trailers
– New English subtitle translation
– PLUS: An essay by author Pico Iyer and, for the Blu-ray, excerpts from Itami’s 1985 book Diary of “The Funeral” and from a 2007 remembrance of Itami by actor Tsutomu Yamazaki

The interview with Nobuko Miyamoto is lovely. She warmly recollects the shoot and its inspiration, as well as describing her and Itami’s family life and how they first met.

Itami and Miyamoto’s son Manpei Ikeuchi’s interview is similarly warm and personal. He played a role in the film too and I love how both he and his mother comment on how they often mix up their memories of the real funeral and that which they filmed.

The Creative Marriages piece is more focussed on Tampopo and A Taxing Woman, which makes it an odd inclusion seeing as Criterion already released the former title on Blu-ray without this extra. There is mention of The Funeral though and it’s still a fascinating essay.

The Ichiroku Tart adverts are a fun inclusion. The first few are rather basic and bizarre, but I loved the paper cut-out ones.

It’s not a huge amount of extra material then, but everything on the disc is of value and the two interviews, in particular, are excellent. Added to the quality of the film itself, it makes the release easy to recommend.