I miss Robocop. I know I’ve just watched it again for the umpteenth time, but I still miss it. I miss the Hollywood that would bank on grown-up comic book movies even before there was a genre to accommodate them; and aren’t they placid in comparison now? I was 11 when Robocop was released and the posters were intoxicating, not least because they weren’t for the likes of me. Now, it’s the other way around. It still lives up to its phenomenal reputation. The unruly offspring of Judge Dredd and Dirty Harry, it wears those influences proudly, and yet, the execution is wholly original. In the midst of the ultra-violence, swearing and occasional yet entirely unnecessary gore, we care about Officer Murphy. 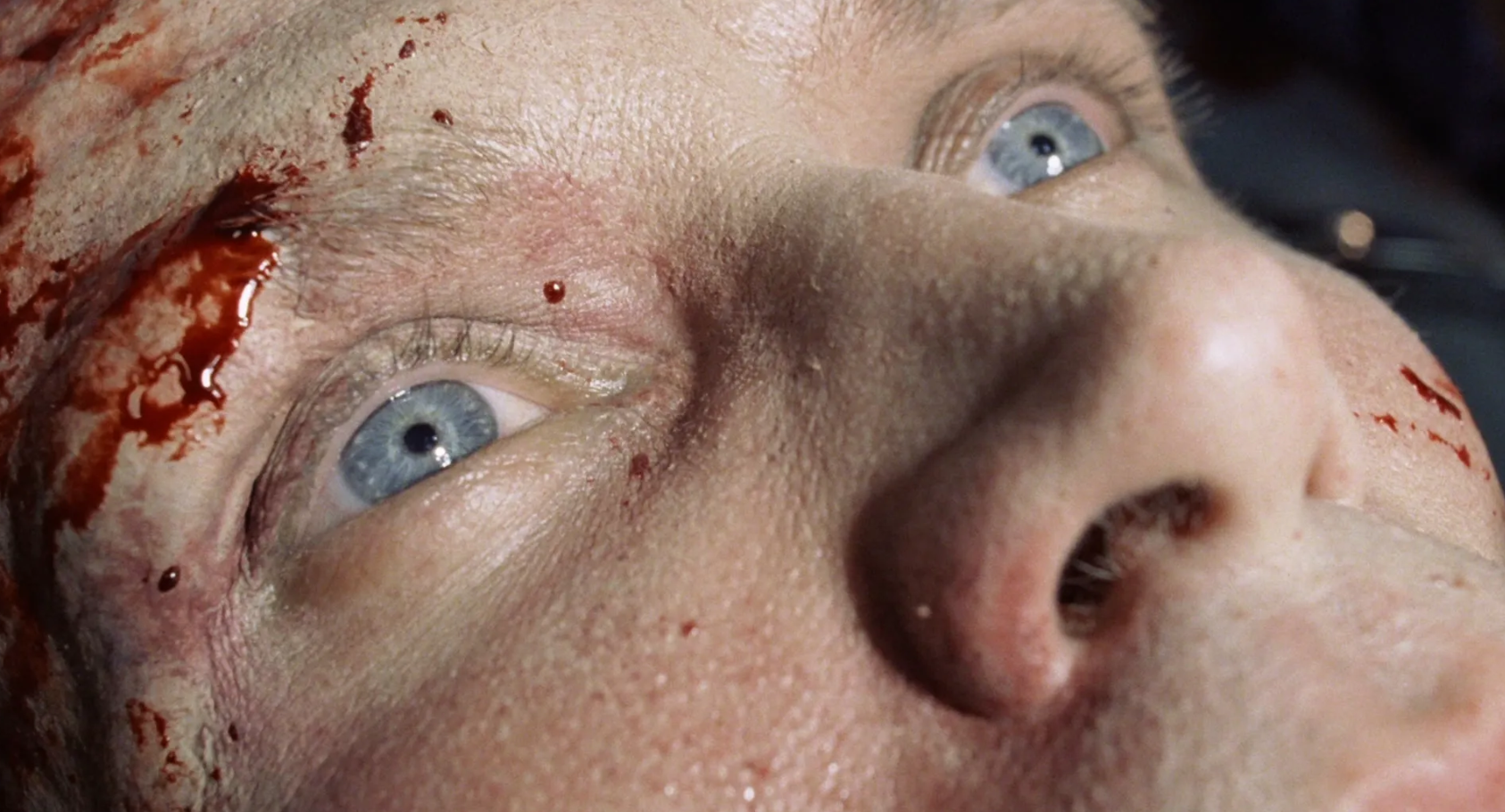 There’s a sentimental streak a mile-wide in Paul Verhoeven’s finest film, one fully embraced and driven more than slightly by Basil Poledouris’ fabulous score. The late Mr Poledouris had also weaved similar magic on Conan The Barbarian and his loss was keenly felt in cinema. That beating heart of the film beautifully undercuts the raging cynicism. It is an angry piece of work, something that fuelled much of Verhoeven’s Hollywood career to great effect. It’s probably the thing that finally forced him to retreat.

We’ll never see the like of Robocop again and arguably, the audience aren’t there anyway. The sequels were tired, the remake utterly terrible, but the spiritual sequel, Leigh Whannell’s Upgrade was phenomenal. You’d never see it go mainstream though. We’re not in the 80s anymore, regardless of how relevant Robocop remains. 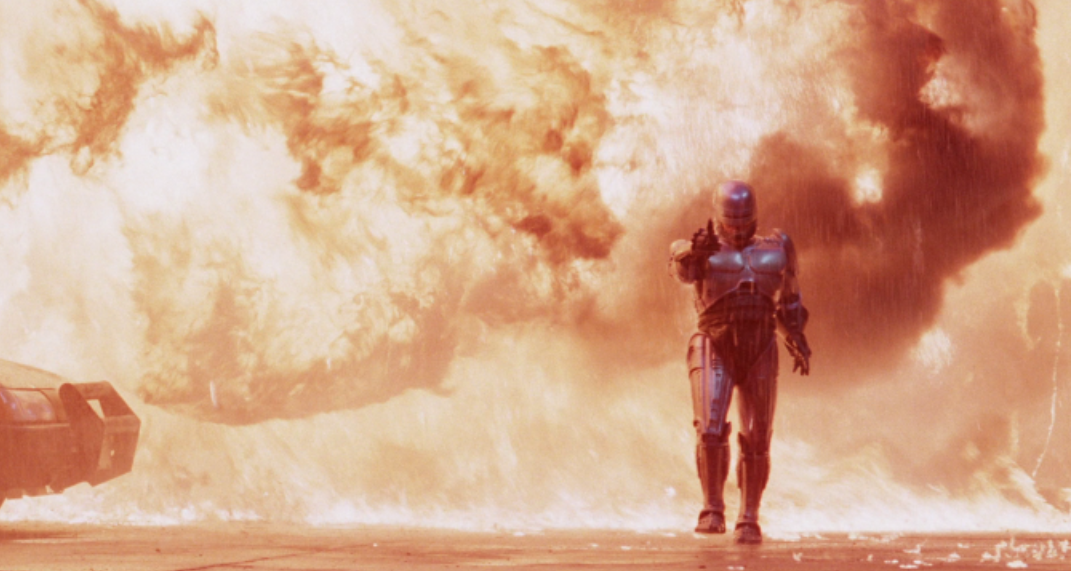 The transfer is the same MGM director approved 4K restoration from 2013, so the same one used in Arrow’s previous release. Now in native 2160p 4K, the film is demonstrably the best it has ever looked. It’s a hard sell to replace the first limited edition, but if all you have is a standard Blu-Ray, it’s an essential upgrade. All the cuts have been given a 4K polish. The source, especially for the director’s cut, can be inconsistent. The UHD shows up the joins more than ever for some very brief inserted moments. Focus can be soft, so you may perceive a lack of detail in some faces, especially early on. There is however, a hitherto unappreciated depth to the production; mattes and practical effects hold up astonishingly well and the sets are full of detail.

The contrasts between the steely corporate gloss and the worn out police station just further highlight the incredible work that went into the film. And that contrast is in Robocop himself. A product of clinical, polished efficiency, deployed into a hell hole, he positively gleams (until he gets utterly battered, but the oily damage feels tangible). We can fully appreciate now in UHD that the armour has a colourful iridescence too.

From that fabulous theme to Robocop’s thumping walk, and his incredible gun, the film has always had a full-blooded soundtrack. The original stereo and four channel mixes are included, but the newer 5.1 mixes truly embrace all of the film’s nuances. As with the film itself, it’s the softer moments that are often the most important and they always remain finely balanced before the next inevitable round of bombast.

Arrow’s original limited edition still stands as one of their finest sets. The numerous extra features pick up the energy of the original production, full of crazy anecdotes and genuine love from the cast and crew, many featuring their brilliantly mad director. The sections delving into Rob Bottin’s incredible effects are especially illuminating (who knew the hardest effect was probably the interlaced VHS style point of view shots?). Plus, the second disc features both the theatrical cut and the TV edit, and a comparison between them. The inventive swearing dubs are a hilarious gem.