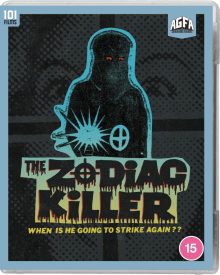 The seventies was the decade when the serial killer flick came into its own; when serial killers, themselves, became a recognised ‘part’ of the fabric of society, particularly in the United States. It’s therefore important to remember that when The Zodiac Killer was released, the city of San Francisco itself was still being terrorised by the real thing. Obviously this has exploitation flick written all over it, but director Tom Hanson chooses not to go over-the-top with the usual sleaze this particular subgenre is often associated with and, instead, takes a much more serious approach to the subject at hand.

In The Zodiac Killer San Francisco finds itself under attack through a string of brutal murders where people are shot or stabbed for no apparent reason. Hence, the film introduces us to a ‘what if” scenario as we meet various people who may or may not be the serial killer, although it becomes clear, pretty quickly, who’s actually doing the killing. The two main suspects are Groover, a balding truck driver, with a quick temper and a drinking problem (he’s also a misogynist to boot) and Jerry, a postal worker, who’s clearly uncomfortable with women, despite them finding him attractive; although sometimes it’s difficult to discern who likes who, seeing as the acting is pretty dire for the most part, although Bob Jones, who plays Grover, is better than most of the others. 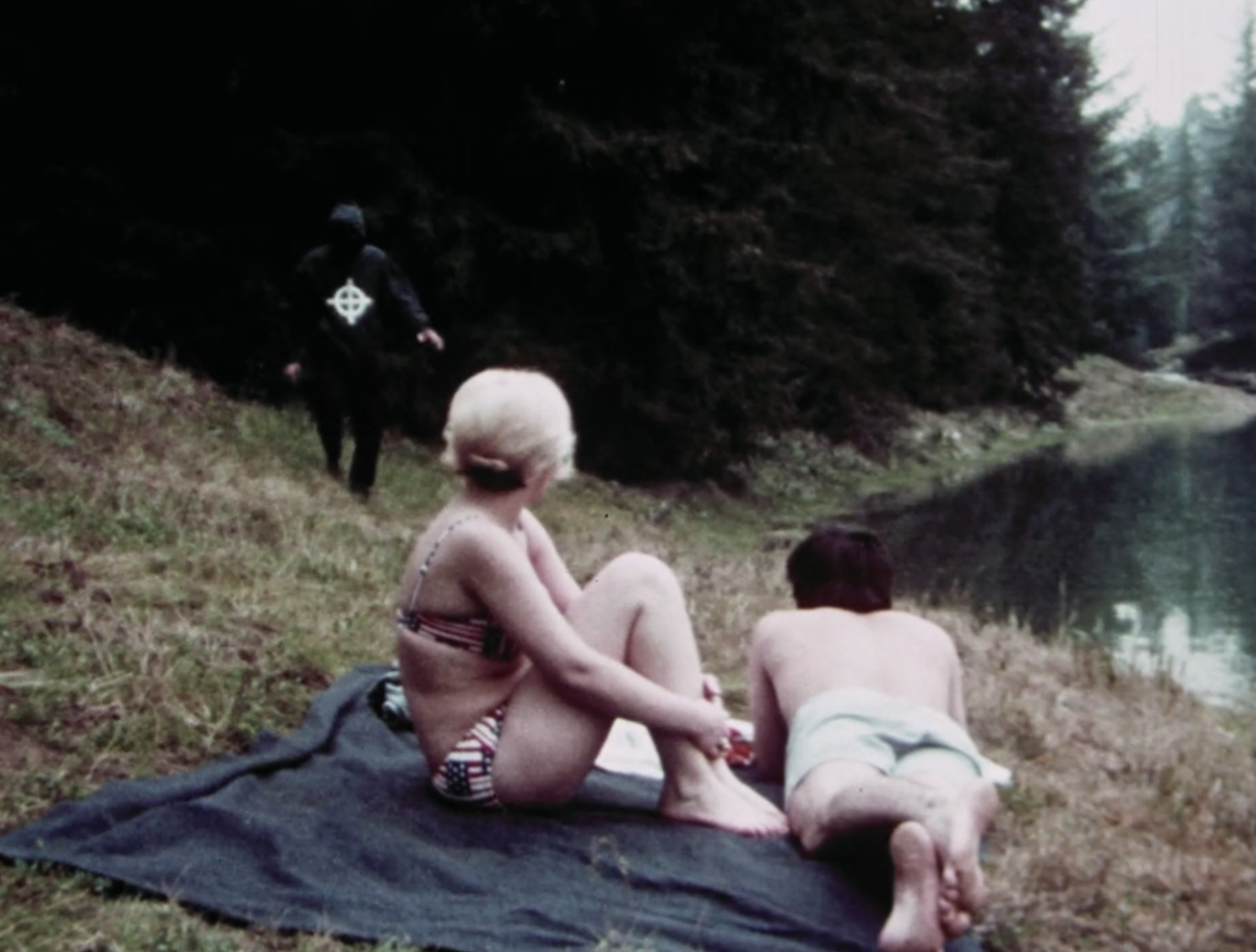 Zodiac creates its own heightened sense of reality and perfectly captures the time that it is set. Unlike other Zodiac-related movies this one is set where the crimes actually happened giving it some additional frisson. Hanson gives the film a documentary-like feel and the film also benefits from some memorable murder scenes. None of them, with the exception of a sustained knife attack by a lake, are all that graphic, but they are memorable in a surreal, dream-like way. Hanson also fills the film with lots of weirdly composed shots, often at odd angles, which helps to further perturb the viewer.

Unfortunately, the film really drags, even at its slim 86-minute run-time, since the pacing is quite poor. Plus, the performances are also rather lacklustre (or awful), to say the least, not helped by the sometimes terrible dialogue. Music is used sporadically throughout the film, but not particularly memorably, although in one scene, where Jerry is pounced on by a client, the music takes a definite comical note, as if making fun of our wayward postie’s discomfort. 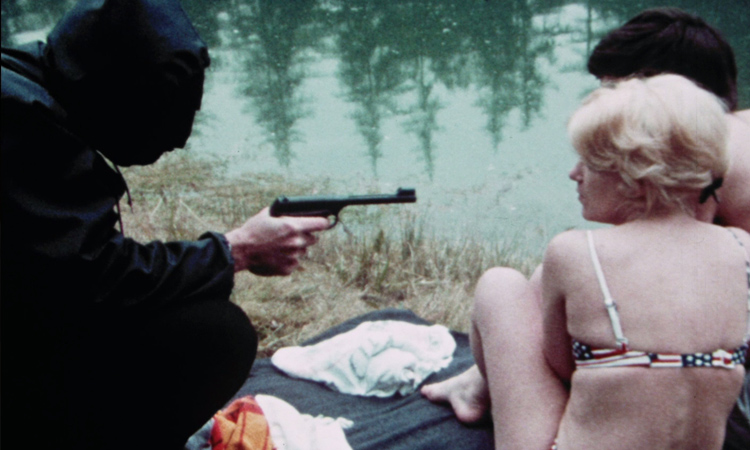 Director Tom Hanson actually made the film with the hope of using it as bait to catch the Zodiac killer. With this in mind, he actually rented the Golden Gate Theater in San Francisco and premiered the film on April 7th, 1971 with the intention of luring the real Zodiac Killer to one of the screenings. Hanson even went so far as to set up a team of people to analyse each entry for handwriting that matched that of the killer, and planned to confront them in the lobby if a match was found!

All in all, The Zodiac Killer deserves to be remembered due to its historical significance, but, sadly, struggles to make much sense or keep the viewer glued to its unfolding drama, mostly due to the lack of tension it fails to generate. 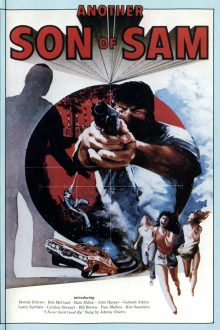 Another Son of Sam

This bizarre curio of a mass murderer movie begins with a number of statements about mass murderers throughout the ages, beginning with Jack the Ripper (who it claims to have killed 14 women – not true), and progressing through the likes of the ‘Mad Bomber’, Charles Starkweather, Richard Speck, and David Berkowitz, the actual ‘Son of Sam’ who killed six people and injured at least seven during the 70s. We then cut to an off-duty cop enjoying taking his new speedboat out on the lake (lulling us into thinking that the film has a bigger budget than it obviously did) and, later, when his doctor wife is attacked by one of her mental patients, and left in a coma, we track the nutter as he goes around spying on, and slaughtering, random people and we also follow the police as they hunt him down; rather badly, it has to be said.

This is another obscure film, from the decade that keeps on giving, that could have been so much better had it had a decent script-writer and some decent talent in front of and behind the camera. To be fair, it utilises some decent locations (and even some poor ones), and everyone shows willing in their roles, even if most of them clearly can’t act, even if their lives depended on it. Admittedly, this all adds to the charm of any bad movie, but the style of editing (replete with weird freeze frame shots as the dialogue continues) becomes annoying after a while.

On the plus side, there’s plenty of unintentionally funny moments to enjoy throughout the film, including an ‘exciting’ sequence where one of the SWAT team is supposed to rappel down the side of a building, but instead just swings awkwardly against the wall as one of his fellow officers on the roof gently lowers him towards the window of the room where a hostage is being held by the madman. In fact, the police in this film are rubbish and probably couldn’t detect their way out of a bin-bag! One sergeant, in particular, is hilarious since he keeps spitting in pretty much every scene he’s in!

Also of note is the soundtrack which, at times, sounds a little Carpenteresque, but was clearly recorded before John Carpenter really came into his own, sound-track-wise. Maybe John saw this before he scored Halloween? Or maybe not! And, be sure to check out the size of the walkie-talkies the cops are using during the siege – they’re about half the size of a standard box of cereal!

The Zodia Killer/ Another Son of Sam is being distributed by 101 Films and AGFA on Blu-ray. There are plenty of extras on the disc including:

Audio commentary, on The Zodiac Killer, with director Tom Hanson and producer Manny Nedwick, plus representatives from AGFA and Something Weird Video. They talk about the importance of the Something Weird Video archive and ‘growing up’ watching their output, and how they’re now scanning prints and digitally upscaling them, often to 4K. The first release is The Zodiac Killer.

Interview with Tom Hanson and Manny Nedwick  (3.5 mins) – We find out that the director ran a pizza delivery company when he decided to move into film production and that they knocked out the script in 1.5 days – it shows! Friends and family invested in the project and it was rushed out to try and catch the real Zodiac killer.

Tabloid – Horror trailers from the AGFA archive (7 mins) – Trailers include: Carnival of Blood (1970); The Manson Massacre; The Other Side of Madness; The Toolbox Murders and Three on a Meathook.