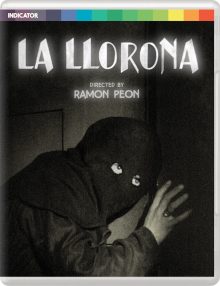 The legend of La Llorona may not be as well known in the west as Dracula, say, or Frankenstein, but that does not necessarily mean that Mexico’s ‘Wailing Woman’ is any less potent or terrifying than our fanged or lumbering monstrosities. Thought to have first emerged around the 16th and 17th centuries, her story is a simple yet tragic one. A mother, driven to extremes of jealously by a man who cheats on her, kills her children before killing herself. Forever cursed, La Llorona is now doomed to haunt the living world, calling out and searching for the children she has slain, desperate to drag them back into her embrace…

La Llorona gradually emerged to became a potent Mexican folk tale, told and re-told down through the generations. It is little surprise then, with the advent of cinema, that her tragic myth would soon be immortalised in celluloid. To date there have been 12 La Llorona films made in Mexico, along with countless others produced abroad (with one of the latest ones being 2019’s The Curse of La Lorona, which takes place in The Conjuring universe). 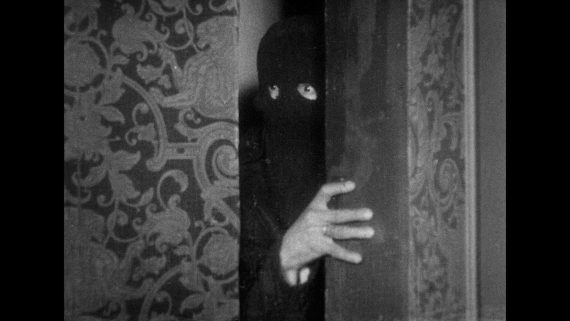 Indicator’s new Bly Ray release goes all the way back to 1933 to present us with the very first La Llorona film, which also has the prestigious distinction of being the very first Mexican horror film shot with sound. Directed by Cuban director Ramón Peón, who had already made some films in the razzle and dazzle of early Hollywood, it is clear that La Llorona’s biggest influence isn’t just Mexican folklore but specifically the Universal Monster films of the 1930s, especially Tod Browning’s seminal 1931 adaption of Dracula.

Influenced by Hollywood it may be, but as it plays out, La Llorona actually emerges as a rather different beast altogether. The set up certainly feels familiar; during his young son’s birthday party, the sceptical Dr. Ricardo de Acuna (Ramón Pereda) is warned of the curse of La Llorona, who will try and steal away his son once he reaches four years of age. Dr. Ricardo brushes off these warnings, unaware that as his young son sleeps, a masked figure stalks the secrets halls and passageways of his luxurious mansion, with a murderous, supernatural intent… 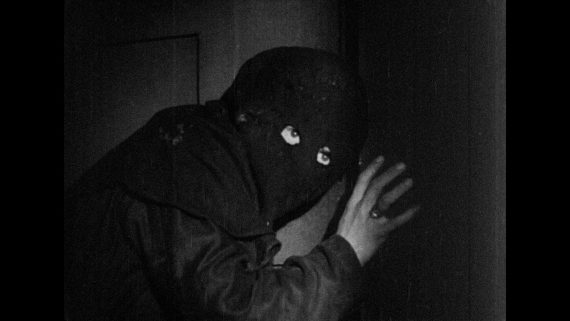 Reading the above plot, you’d think that the rest of the film would unfold in a traditional manner, with the audience swept along a narrative full of tension and suspense as Dr. Ricardo’s son edges ever closer to danger. Yet La Llorona is arguably more interested in the legend and myth of the titular character herself, devoting more than half of the film’s running time to not just one but two apocryphal backstories. The film doesn’t discard with a suspense narrative entirely, but the aim here was perhaps to illuminate as much as to entertain.

The first backstory perhaps adheres more closely to the traditional myth of La Llorona. Set in what feels like 18th Century Mexico, it revolves around a Count, an affair and an illegitimate child. Despite some seriously underwhelming sword play, the rest of this sequence technically impresses, especially a long tracking shot showing a wide variety of guests during a Church wedding. A rather primitive but still effective ghost ‘special effect’ also holds up today; for the film’s original audience, it must have been chilling and terrifying to witness. 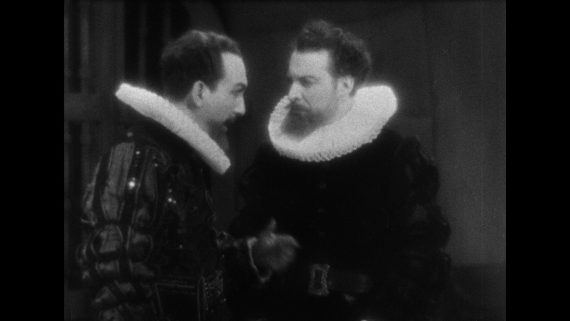 The second backstory, arriving in the latter third of the film, presents us with a rather different take on La Lorona’s origins, this time looking even further back into history towards the time of the Spanish Conquistadors and the ill treatment of the native Aztecs. Despite being the shorter and less impressively told of the two myths, it is in fact this second story that seems to have a greater bearing on La Llorona’s narrative, with a certain significant  prop re-appearing during the ‘present day’ portions of the film.

As interesting as these stories are (and they can certainly claim to be, from a folkloric or anthropological perspective) they fail, unfortunately, as dramas, being rather too dated and theatrical to strike an emotional chord, especially with a modern audience. Not only that, they serve to deaden La Lorona’s pace, spending far too much time in the past when our interest lies in the present and the creeping figure hiding behind the walls of the mansion… 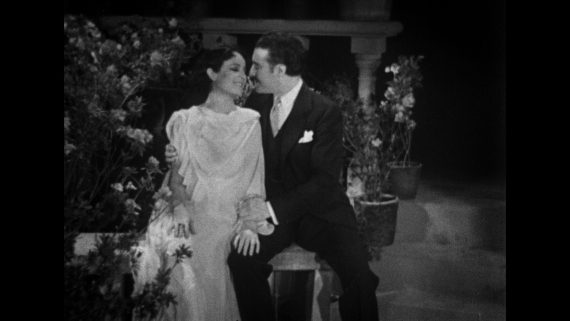 It is in these more traditional ‘horror’ segments that La Llorona finds its feet and becomes more entertaining. Fitting very much into the tradition of the ‘Old Dark House’ narratives that were common to the horror films of the early 30s, here director Ramón Peón strings together a fairly entertaining and mysterious tale with, it has to be said, a decent twist at the end.

This is still very far removed from modern interpretations of La Lorona, however. Anyone expecting something akin to the supernatural focus on malevolent ghosts and spirits found in modern films such as The Curse of La Llorona, for example, might walk away slightly disappointed. While La Lorona doesn’t eschew these ideas entirely, the film feels far more akin to a mystery thriller than an outright horror, despite the aforementioned influence of the Universal Monster series and Browning’s Dracula.

With its slow pace and a too heavy reliance on flashbacks and backstory, La Llorona is certainly not as iconic or as impactful as the horror films that were being made across the border in the USA. Yet, despite the narrative flaws and occasionally clunky execution (including an incongruous musical score) there is no doubt that La Llorona is an important film, not just for Mexican cinema but for horror cinema in general. As concerned with the history and origins of myth as it is with suspense and terror, it feels very much like one of the first folk horror films. In this regard, it should rightfully earn a place on the shelf of horror aficionados, especially for those with an interest in the formative years of the genre.

La Llorona will be released on the 21st March via Powerhouse Films on their Indicator label. The picture quality of the film is slightly rough but we should be thankful that we are getting to see the film at all. The only surviving copy of La Llorona is a 16mm projection print, which means that the picture and sound quality here was never going to be pristine. However, as a brief snippet on the disc of the pre-restored print shows, the team behind the 2K restoration have worked wonders. La Lorona may not be razor sharp and still exhibits some print damage here and there but this in no way impacts your enjoyment of the film. There is no doubt that this is now the very best La Lorona will look and sound and this will likely remain the definitive home video presentation.

The extras on the disc are as follows:

The audio commentary from Stephen Jones and Kim Newman is a typically enthusiastic and energetic track,  covering the history of the La Llorona films, the myth itself, and how this film compares to its contemporaries. This is bursting to the seams with interesting trivia and information and is an absolutely essential listen if you want to learn more about the film and the myth that inspired it.

The disc also includes two 20 minute video pieces on the film. The first, La Llorona: Ghosts of the Past, is a personal look at the history of La Llorona, made and narrated by the great granddaughter of La Llorona’s original Producer. This is a unique and fascinating look at the film’s production.  Seeing some of the children from the film rewatching it in old age feels particularly emotional, while the personal stories and history really help to bring the creators behind the film to life. This is a unique and unusual short documentary and is an absolutely fantastic addition to the disc.

Transcending Time, the second video piece, is hosted by Abraham Castillo Flores, the head programmer of the Mórbido Film Fest. He begins by offering a brief history of the La Larona legend before moving onto a discussion of early Mexican films and the La Llorona film itself, before concluding with a detailed appraisal of the numerous other La Llorona films made in Mexico. Flores is a fun, charismatic talker whose enthusiasm for the film and Mexican cinema feels infectious. A great, fun and very informative extra!

The only other extra on the disc is a rather odd, very short and almost apologetic piece explaining why La Llorona’s cue marks (or ‘cigarette burns’ as Tyler Durden once reliably informed me) were removed during the restoration process.

The package is rounded out with one of Indicator’s exemplary booklets. This contains a critical essay that focuses on the use of sound in the film, a contemporary 1930s essay on the La Llorona legend, a exploration of other La Llorona films (that works as great companion piece to the Transcending Time extra on the disc), contemporary newspaper articles and critical responses, concluding with a look at the film’s restoration process.

This may not be Indicator’s most stacked disc, but this is an absolutely brilliant collection of extras that provides a wealth of contextual information about the film, early Mexican cinema and the La Llorona myth. Indicator have done a fantastic job not only in bringing this supposedly lost film to Blu Ray but by really helping interested viewers understand its history and wider significance. A brilliant job all round.