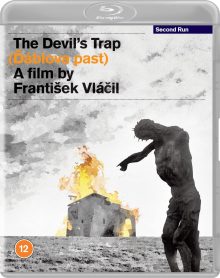 Like many of the great Czech directors of the 60s, Frantisek Vlácil was a figure who shone brightly in the decade, before being held back by the period of ‘normalisation’ brought on by the Soviet invasion of 1968. He still made some fairly well-regarded films later in his career, but none scaled the heights of the five he directed between 1960 and 1970.

Most notable was his 1967 film, Marketa Lazarová. It didn’t make a huge impact straight away, possibly due to it being less controversial and thematically daring as contemporary titles like The Firemen’s Ball or The Party and the Guests, but Vlácil’s film has gone on to be voted the best Czech film ever made by a poll of the nation’s film critics in 1998.

The Devil’s Trap (a.k.a. Dáblova past), which directly preceded Marketa Lazarová, could be seen as something of a precursor to that film due to its similar period setting and focus on religion as a theme, as well as displaying early signs of the more avant-garde style of the latter film. In fact, The Devil’s Trap is considered the first part of an unofficial trilogy, which includes those two titles and Valley of the Bees. 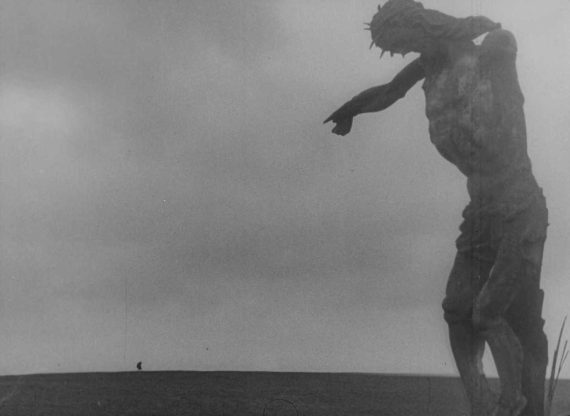 Forever dedicated to giving classics of Czech cinema a new lease of life, Second Run are releasing The Devil’s Trap on Blu-ray in a new HD transfer, alongside their usual bells and whistles. I ventured into it and my thoughts follow.

The Devil’s Trap is set in early 16th century Czechoslovakia. It opens with a miller, Spálený (Vítezslav Vejrazka), explaining to the Regent of Valeč (Cestmír Randa) why he shouldn’t build a granary on his proposed site, as the ground isn’t stable. The Regent dismisses him, unhappy of both the kindly miller’s insolence and his popularity in the area.

Unable to do much to punish Spálený, due to him being a freeman, the Regent discusses the matter with the Bishop (Bedrich Karen). After describing how many in the area believe the miller to be in league with the devil, due to him surviving the burning down of his mill at the hands of the invading Swedes, as well as his ability to find plentiful water during the current drought, the Bishop suggests this could be used to the Regent’s advantage. So, a fanatical priest named Probus (Miroslav Machácek) is sent out to investigate the matter, as part of the Inquisition. 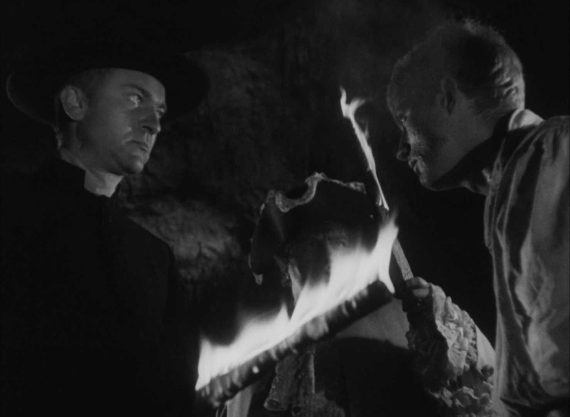 Meanwhile, Spálený’s son, Jan (Vít Olmer), is in love with Martina (Karla Chadimová), but she is promised by the Regent to someone else and tensions boil.

Life becomes even harder for the millers when the new granary collapses as warned and the Regent and Probus push their rumours of dark hands at work as far as they can.

Being more than a little sceptical of organised, dogmatic religion myself, the themes of The Devil’s Trap very much spoke to me. The miller is no devil-worshipper, he just has a knowledge of the underground caves and rivers that connect to his mill. Those blindly following Probus and his preaching can’t see this though and take Spálený’s claims that he is “listening to the Earth” as some kind of magic, rather than him listening for hollow patches and underground water flows.

The priest Probus, instead of punishing the miller himself or calling for his arrest, tries to set the villagers against him through rumours and hatemongering, all done with a seemingly quiet, friendly demeanour. It draws disturbing parallels to various governments and media outlets around the world at the moment, so is more than relevant today. The Regent uses the miller as a scapegoat too, attempting to avoid the peasants blaming himself for any problems in the region. Again, this is a practice all too familiar among modern authority figures. 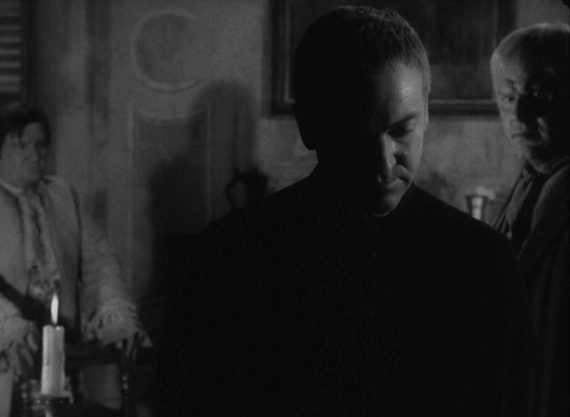 Unlike many of his contemporaries, Vláčil wasn’t a FAMU graduate. Rather than attending film school, he studied the History of Art and Aesthetics in the Moravian capital of Brno. He did work as an animator during his studies though and this education and interest informed his highly visual approach to filmmaking, with striking imagery abound.

Indeed the film is gorgeous to look at, with some often unusual and artful compositions. There are some inventive, slightly surreal moving shots too. Most notably, there’s a repeated crane shot that quickly pushes into the mill like some sort of omnipotent force. Whilst watching the villagers working in the field, there are some shots matching the pendulum-like movement of the scythes too. 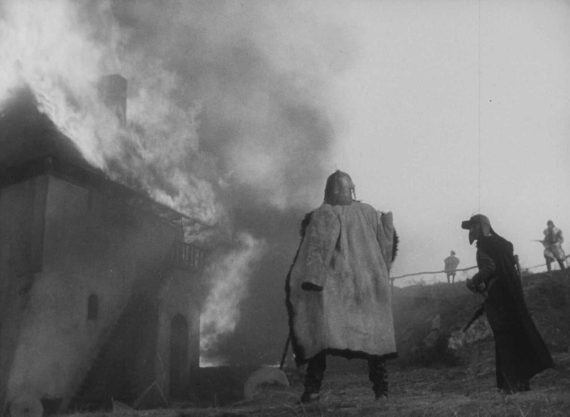 There’s also a great use of sound and music in The Devil’s Trap. Composer Zdenek Liska scores the film quite minimally, with music often present but only subtly lurking in the background. This gives a quiet sense of palpable tension throughout.

All of these visual and aural stylistic techniques work to take a simple story and greatly enhance it through creating a rich atmosphere and artistic presentation. This, in turn, helps Vláčil deliver a highly effective and quietly unsettling attack on religious dogma. So, Second Run, once again, have opened my eyes to a wonderful Czech classic that deserves to be better known.

The Devil’s Trap is out on 28th February on region-free Blu-ray, released by Second Run. There’s a fair amount of dirt and light damage on the print, as well as prominent reel change marks. However, it’s quite a pleasing looking image in spite of this, with depth and clear details. I’ve used screengrabs throughout this review to give you an idea (though these have been quite heavily compressed). The audio is solid too. 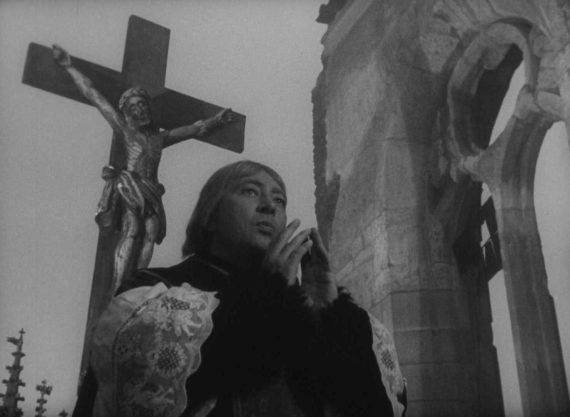 In the Web of Time provides a thoughtful, fairly poetic portrait of Vláčil. He discusses his background and approach, showing some of his carefully sketched out storyboards at one point. Containing many clips from his films too, it’s a piece that made me keen to see more.

The Week Starts on Friday is an attractively lensed ode to the art of film billboards. With a gorgeous jazz soundtrack, it’s an easy watch with some nice shots of the artists at work.

The booklet makes up for any lack of commentary or visual essay. On top of some analysis of the film itself, there’s a rundown of Vlácil’s entire filmography and some background on the director. It proved a valuable resource in writing my review.

So, once again Second Run do justice to a fine example of Czech cinema. It’s not one of their more loaded sets and the print shows a fair amount of damage, but it still comes easily recommended.