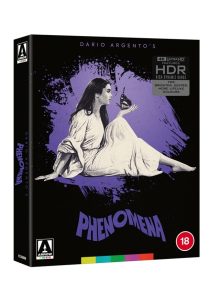 The pitch meeting for Phenomena must have been extraordinary. Director Dario Argento somehow managed to sell an idea that was a bit like Suspiria (foreign student joins weird school in Europe), but with a serial killer instead of witches and a knife-wielding chimp. Yes, if you don’t know Argento’s most undisciplined and eccentric film, it does feature a weaponized chimp. And our heroine, played by Jennifer Connelly, can control insects. So there’s that.

As one of the superb extra features says (more on those later), Phenomena baffled critics and fans alike, even in the superior International cut. Argento has always been a divisive director; at his best, he is a natural step between Hitchcock and De Palma, and he pretty much invented the modern slasher. He is that important. At his worst he’s guilty of laziness and even a dabbler of soft-porn. Phenomena is not a simple case of good vs bad film-making, even if it contains both. It’s possibly Argento’s last truly interesting film and was released by a director hitherto in full possession of his wits. The craziest, daftest moments are the result of intention, not accident. 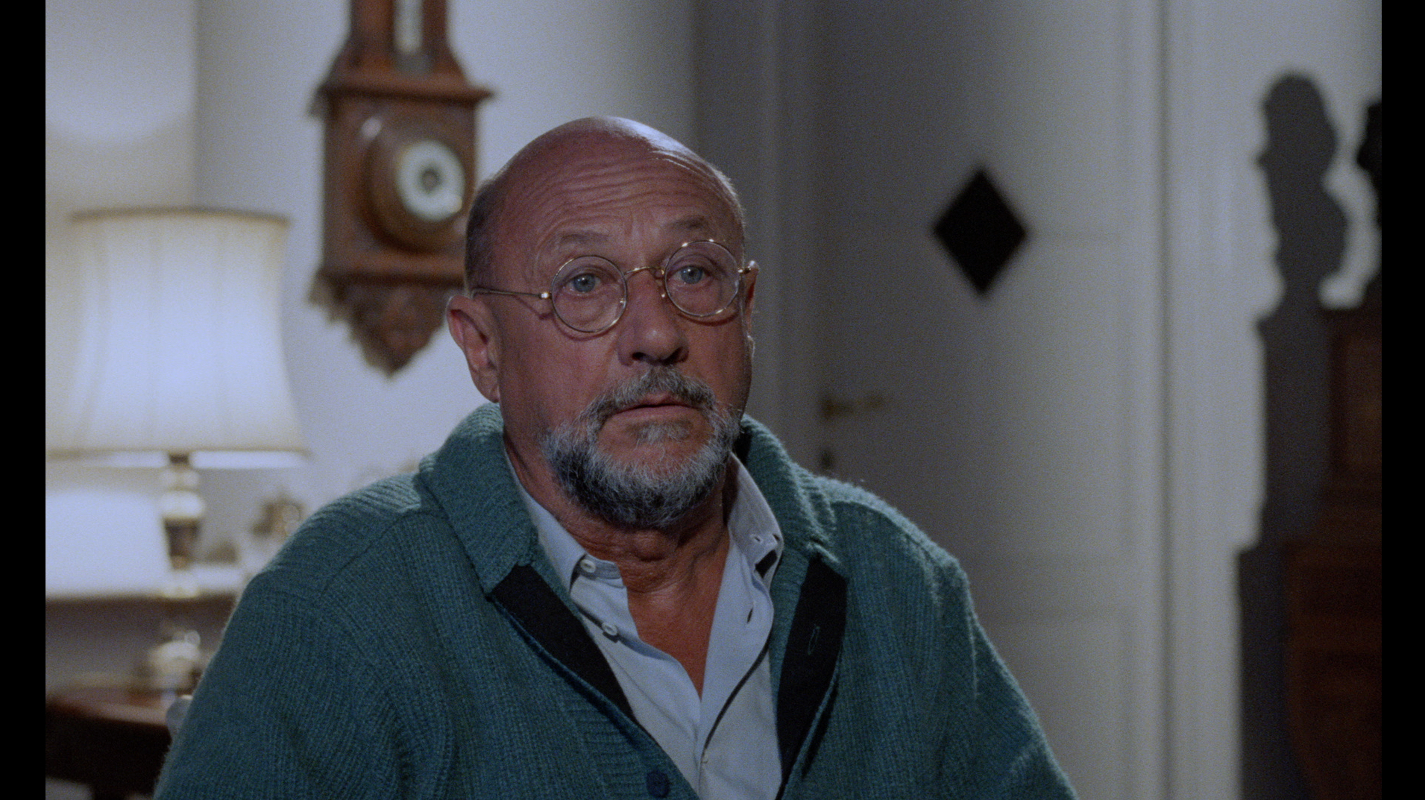 In any case, the result is not very good. Perhaps there was an intention that Jennifer was unknowingly a good witch, and her sensitivity to nature the key to defeating evil. That would have been a nice companion to Argento’s Three Mothers, but Phenomena lacks the poetry of his earlier career. Even after the first dubious kill, and after we’ve enjoyed Donald Pleasance as a delightfully Hitchcockian character (sporting a Scottish accent, because why not?), out of nowhere we get a Vincent Price impressionist briefly narrating. At least it’s not predictable.

By this point we’ve been introduced to Jennifer (Jennifer Connelly). It’s an odd role considering she escaped the Goblin King in the Labyrinth, and frankly, that film made a lot more sense than this one. She befriends a local disabled Professor played by Pleasance, who doesn’t disappoint in his fabulous ability to improve immeasurably every film he is in. It is the Professor who has a trained chimp as a nurse and Pleasance makes you believe that’s perfectly normal. The narrative shenanigans of having Jennifer sleepwalk across the town as if she’s in an Aha video, avoiding pitfalls like a cartoon character to randomly meet the Professor, are less normal.

Jennifer is the film’s focus and therein lies a problem. It’s such a daft, unlikable role. Therefore, apart from Pleasance, the film is at its best in some bloodthirsty kills. Not quite as inventive or successful as those in Suspiria, for example, but the practical effects are incredible. They hold up to this day.

Phenomena is absolutely bonkers, but it’s full blooded with a cracking metal soundtrack, featuring Iron Maiden amongst others. It’s worth watching, possibly even as a drinking game, but it’s no masterpiece. 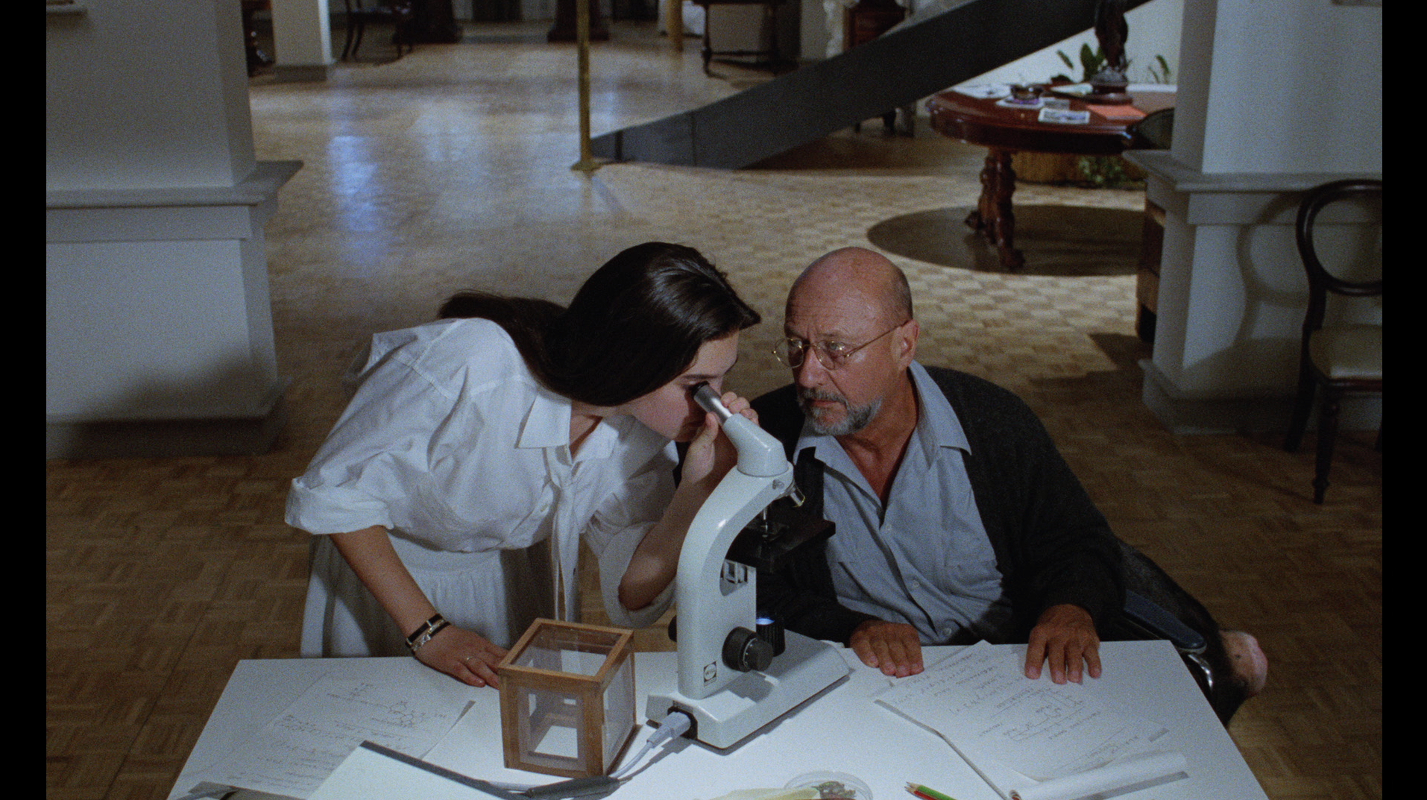 Phenomena is not embarrassed by ambitious photography, unlike some of Argento’s other films, but the modest production performs well in UHD. A softer focus loses some potential detail, except in the gruesome effects; the gore is a treat in 4K and, ironically, the film feels the most alive when dealing with corpses. Colours pop especially in an otherwise muted palette, and this reliable transfer pulls potential wherever possible. Interior scenes have a perceptible depth and perfectly balanced contrast.

Nothing remarkable makes the audio stand out, but it’s clean, clear and atmospheric when needed. That incredible soundtrack featuring Iron Maiden packs a punch too. 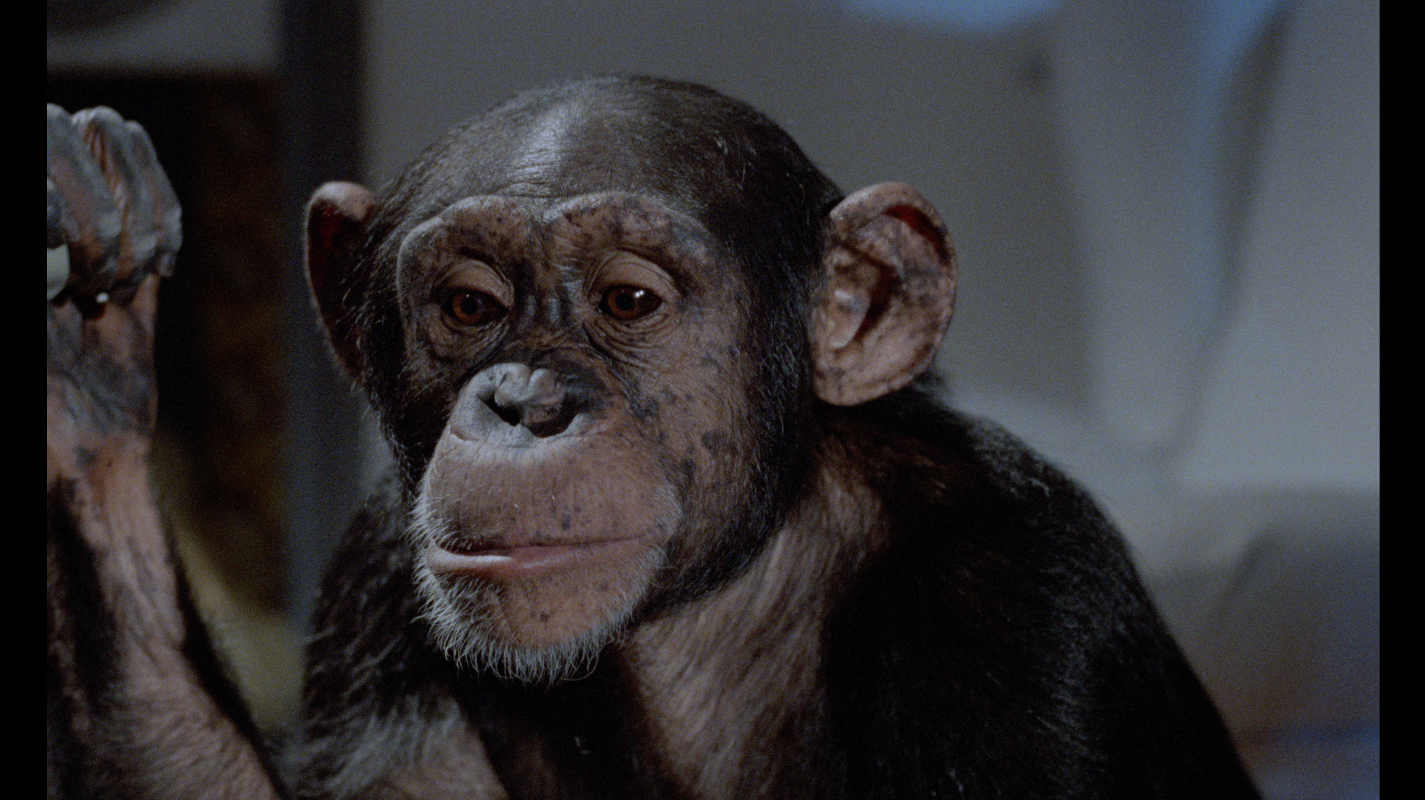 This is a superb package from Arrow, who have always been generous with their coverage of Argento’s work. Here, they are at their most patient and the result is an invaluable insight into genre film-making.

Disc 1
Italian version of the film (skip it and watch the International version, then watch the extras to explain why it is the best cut).

Commentary by Troy Howarth. While Troy can be a little sycophantic, he is always entertainingly critical. Friendly and fun, he actually apologises in one sequence for failing to find anything praiseworthy.
Of Flies and Maggots. Fabulous look at the production, including the revelation that Orson Welles was lined up to star. There’s a “what if” to contemplate.
Jennifer music video
Promotional materials

Commentary by Derek Botelho and David Del Valle. Rather dry, especially compared with Troy on disc 1, but still, Derek and David convey a great deal of anecdotes and detail.
The Three Sarcophagi. Excellent explanation of the three versions with multiple scene dissections. This is essential viewing for anyone interested in film production, especially the demonstrations of how editing can drastically alter perception.
Alternate 2.0 soundtrack for International Version
Promotional materials 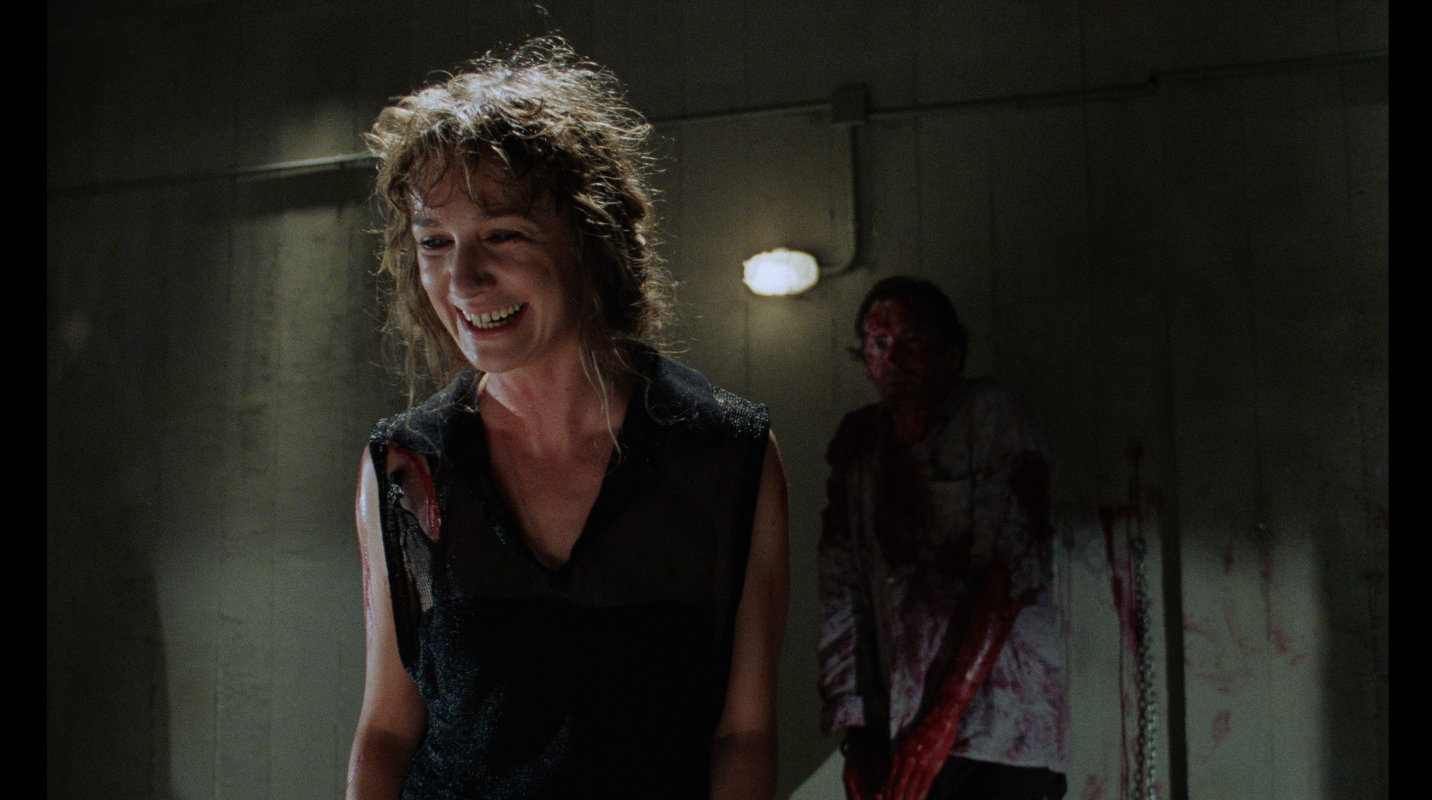