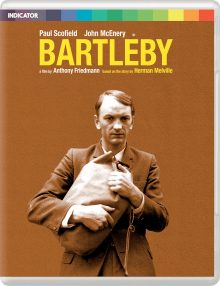 One of the great things about boutique film labels isn’t just their ability to bring us classic and well loved films in stunning new editions. It is their dual role as film curators that is equally and perhaps arguably even more impressive and essential. For all the pleasure we get of seeing Arrow release classic slashers and Eureka the masterpieces of silent cinema, it is the hidden gems, the lost, undiscovered classics that these labels re-discover and bring to our attention, that can sometimes elicit more joy that the umpteenth re-release of a well loved masterpiece.

Indicator seem to have found that one of their niches is re-discovering some of the eclectic lost gems of British cinema. From The Reckoning to The Pumpkin Eater, Britannia Hospital to Bellman and True (I’m sure you can think of many more) the label have shone a light on many lost or unfairly forgotten films that deserve to be spoken of in the same breath as their more iconic peers. Bartleby, one of Indicator’s latest releases, proves to be no exception in this regard.

Based on the famous short story by Herman Melville, Bartleby sees the story’s action transposed from 19th Century Wall Street to London at the turn of the 1970s. The story focuses on Bartleby (John McEnery) a lost, quiet soul who we find wandering the streets of London, looking for work. He manages to find employment at a small accountancy firm run by Paul Scofield (appearing in his first feature film after winning the Oscar for A Man For All Seasons). A battle of wills soon develops between the two, as Bartleby, with a soft utterance of ‘I’d prefer not to’ resolutely refuses to do some of the tasks assigned to him. Yet, although he knows he should fire him, Scofield’s accountant (who isn’t actually given a name in the film) finds himself inexplicably drawn towards helping this strange, mournful man in his employ. Yet just how far will Bartleby push him before his well of charity runs dry? 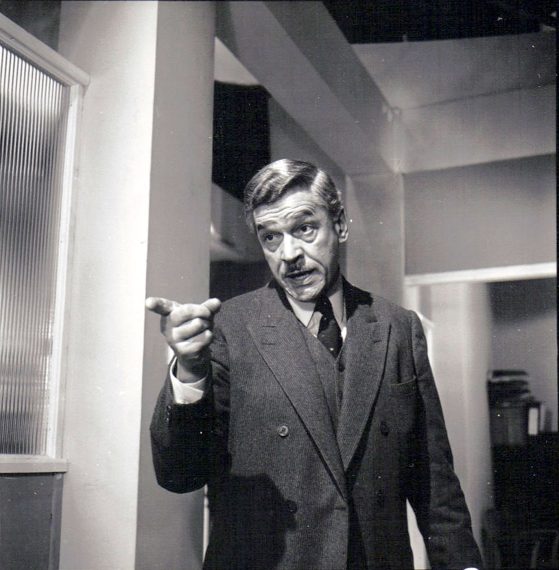 Superbly well made by first time director Anthony Friedmann, for whom, rather bizarrely and tragically, Bartleby remains his only feature film credit, the film found its genesis in the cultural climate of the late 1960s. Finding correlations between Melville’s original character and the anger festering among Western youth towards Vietnam and ‘the system’, Friedmann thought that the time was ripe for a more contemporary interpretation of the classic short story, where Bartleby’s deployment of what could be called passive resistance might strike a chord with modern audiences.

It is now more than fifty years since Bartleby was first released and it would be quite an understatement to say that the world has mostly moved on from the era where staying in bed , for example, could be seen as a protest against war. Yet something about Bartleby still powerfully resonates. While the desire to ‘stick it to the man’ (to use a rather dated phrase) has never really left us, Bartleby also finds a lot to say about alienation and loneliness. Viewed today, the character of Bartleby is less a passive revolutionary than a young man suffering from a mental condition, lost and adrift in a vast and uncaring city. While the film diagnoses his unusual behaviour as depression, it is more likely, when viewed via a modern interpretation, that Bartleby is suffering from some degree of Autism, a condition far less tolerated and understood in 1970s Britain. In Friedmann’s film, Bartleby thus emerges as a mournful, rather tragic figure, compassionately brought to life by John McEnery’s subtle and moving performance. 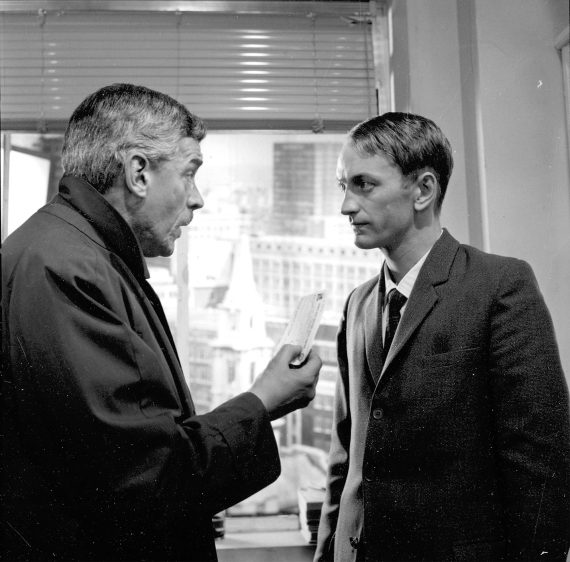 He is brilliantly matched by Paul Scofield. The renowned stage actor reveals a far looser, less formal side to himself after his Oscar winning turn as Thomas More. Playing the well meaning boss who can’t help feeling responsible for Bartleby even as he grows increasingly frustrated at him, it is a wonderfully deft and skilful turn, that never once feels unbelievable, despite the extremes that Bartleby pushes him too.

While Friedmann directs Bartleby with a cinematic flair that occasionally belies its tiny budget  (again, it is a great shame that he did not go on to direct more) Bartleby really is a film that belongs to its two leads. As compassionate and moving as they are funny and engaging, together Scofield and McEnery form a double act that pulls powerfully on the heart stings. It feels like such a shame that these performances are not better known; if the film had been more successful at the box office, there is a good chance that might not have been the case. 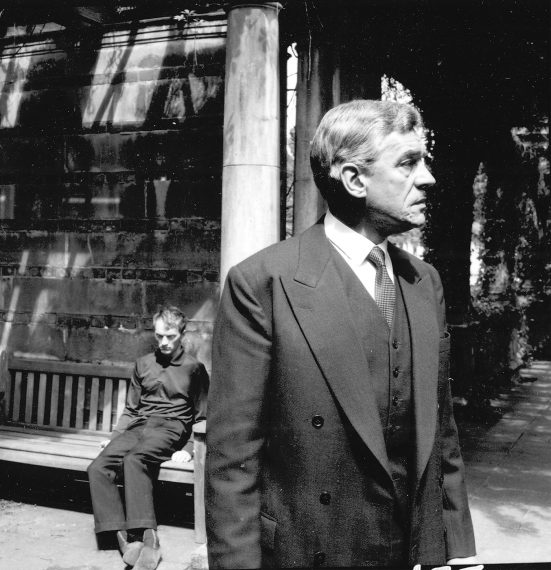 Bartleby may not be for everyone. Like the main character, the film is an acquired taste, an odd yet strangely captivating experience that feels beautifully unique and precious. As a small lost gem of 70s British cinema, it fits right into Indicator’s wheelhouse and proves to be yet another example of why boutique film labels are so vital to film preservation and history. Without them, films such as Bartleby might continue to be marginalised and lost, which would have been a tremendous shame. Allow yourself to be swept along, and you’ll find Bartleby to be a quietly moving, mournful drama about alienation, loneliness and, more importantly, the kindness of strangers. Now, after more than fifty years, it fully deserves its time in the spotlight.

Bartleby will be released on Blu Ray on the 21st February via Powerhouse Films. Powerhouse have restored the film themselves from the original camera negative and for the most part it looks and sounds absolutely fantastic. There are a few, isolated moments where there is a slight downgrade in picture quality, but this must be down to the source material. It in no way ruins the film. Overall, a fantastic A/V presentation with no compression issues or artefacts.

Extras on the disc are as follows:

This isn’t the most stacked Indicator disc of late but what has been included is certainly of interest. For anyone wanting to find out more about the film, the first extra to check out should be the 15 minute audio only interview with director Anthony Friedmann. Playing out over a black screen, Friedmann briefly provides a bit of biographical information about his start in film before giving a brief but informative overview of the film’s production, from writing the script all the way up to Bartleby’s troubled release and distribution.

Bartleby’s London is short 4 minute montage of the film’s exterior locations, with explanatory subtitles revealing where the film was shot, which included everywhere from Piccadilly to Hampstead. An interesting explanatory feature for anyone who almost recognised one of the film’s London locations but couldn’t quite put their finger on it.

There are two further short films on the disc. The first, Beat the Bomber, is a public information film made by Friedmann in 1975. Made in Northern Ireland during the Troubles, the film offers advice about what to do if you suspect you have found a bomb. Despite some rather low production values, this is still a sobering watch. Next is Bartleby, a short 2017 animation based on Melville’s short story. Beautifully animated and without dialogue, this 11min adaptation places Bartleby in a modern day setting. It feels slightly bleaker and colder than the film version. The animation has its own separate sub-menu, which allows you view a trailer, image gallery and a brief time lapse video of the figures in the film being animated.

The disc also contains an original trailer, image gallery (containing the usual production stills, as well an interesting written summary of the film by Friedmann) and, as a nice bonus, the original script for the film, which can be navigated page by page via your player remote. Paul Scofield called the script ‘the most devastatingly simple I have ever read‘, and it a wonderful addition to the disc.

The package is rounded out by another great booklet, which contains a great essay on the film that discusses, with its British setting, Bartleby’s exploration of class, as well as its evocation of a London that was beginning to suffer the grey hangover of the 1970s. Also included are brief archival interviews with Paul Scofield and Anthony Friedmann (the Scofield one maybe short but offers some interesting insight into the actor) as well as a series of contemporary reviews, almost all of which found favour with the film.