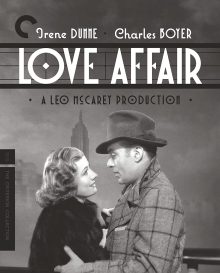 Leo McCarey had enjoyed considerable success in the 30s, moving from making comedy shorts in the 20s into directing features. Once again these were largely comedies, working with big names such as the Marx Brothers (Duck Soup), W.C. Fields (Six of a Kind), and Mae West (Belle of the Nineties). He hit a stumbling block though when his first attempt at full-on drama, Make Way For Tomorrow, performed poorly at the box office, putting an end to his stint at Paramount (though the film has gone on to be considered one of the best of his illustrious career). Despite this disappointment, Columbia quickly snapped him up and he bounced back with the hugely popular comedy The Awful Truth, which bagged McCarey his first Oscar for Best Director.

Surprisingly, rather than trying to repeat the success of the Irene Dunne and Cary Grant classic, McCarey chose to go back down a dramatic route with his follow-up, Love Affair, though he made sure there was a comedic slant to it, to keep the audience on his side. The gamble paid off, as the film was a huge success and was nominated for six Oscars, including best picture (or ‘Outstanding Production’, as it was known back then).

Such success at the Oscars and box office is something to boast about in 1939, a year many believe to be the best for Hollywood films. To name but a few, it saw the release of Gone With the Wind, Mr. Smith Goes to Washington, Ninotchka, Stagecoach, Wuthering Heights, The Wizard of Oz and The Hunchback of Notre Dame. 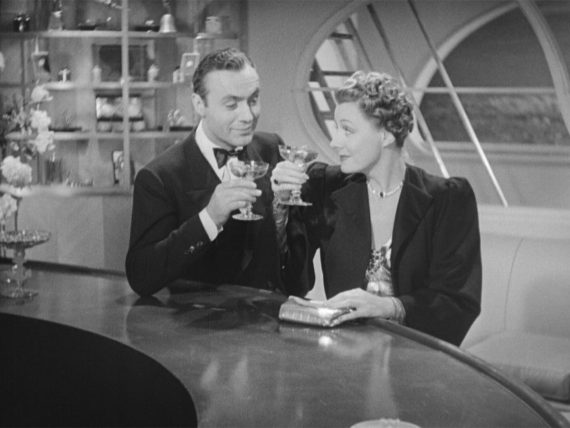 Love Affair was popular enough to warrant several remakes too. The first of these, 1957’s An Affair to Remember, was once again directed by McCarrey. This was also very successful and helped lead to a 1994 remake that retained the original 30s title, as well as two Bollywood adaptations, Bheegi Raat and Mann.

It’s a film with a grand legacy then, but how does Love Affair hold up now, 83 years later? With Criterion releasing the film on Blu-ray, I got hold of a copy to see for myself.

If you’ve managed to avoid the various versions of the story, the film sees French playboy Michel Marnay (Charles Boyer) and singer Terry McKay (Irene Dunne) meet and fall in love on a ship headed for New York. However, Michel is engaged to Lois Clarke (Astrid Allwyn), the daughter of a wealthy magnate, and Terry is supported by her also well-off boyfriend Kenneth Bradley (Lee Bowman). The pair decide to break it off with their partners once they arrive and, to prove they can support each other in this new coupling, they vow to find jobs and meet again after six months, at the top of the Empire States Building, to start their relationship properly.

Michel and Terry go ahead with this and both find relative success as a painter and nightclub singer, respectively. Unfortunately though, on the day of their reconciliation, Terry is hit by a car as she’s crossing the road on her way to the Empire States Building, so Michel is left jilted, unaware of why his love didn’t appear. 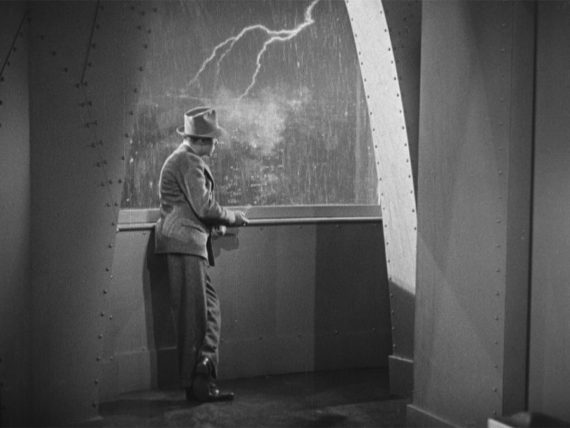 Terry survives the accident but is left unable to walk. The doctor says her paralysis may not last forever, but they won’t know until at least six months. Not wanting to be a burden to Michel, Terry chooses not to tell him what happened, so lets him presume she didn’t want to be with him. After six months, she hopes she can reconcile with him though, if the prognosis is positive.

I adore McCarey’s two predecessors to Love Affair, The Awful Truth and Make Way For Tomorrow, so I had high hopes for this. Sadly, perhaps due to this level of expectation, I was a little let down.

The film begins very well, with a first half that contains a lot of the effortless, often improvised humour McCarey was famous for at the time. It moves rather gently in this portion, never in a hurry, but the playful flirting between Dunne and Boyer is highly effective, establishing the required chemistry and providing some wonderfully witty and occasionally quite suggestive lines.

However, after hinting at this direction with the sentimental scenes where Michel and Terry visit the former’s grandmother (Oscar nominated Maria Ouspenskaya) during the boat journey, the second half takes a full-on sharp turn into sappy melodrama.

I’ve actually grown more fond of Hollywood melodrama over the years, but this pushed my buttons the wrong way, unfortunately. The prime suspect is the introduction of the orphans. Recuperating near an orphanage, Terry is brought on to teach music to the children, leading to some cringe-worthy scenes, none of which forward the plot in any way. Worst of all, Terry keeps leading her students in repeatedly singing the film’s godawful ‘Wishing’ song (which inexplicably got nominated for an Oscar, though the Academy have never had great taste in music). 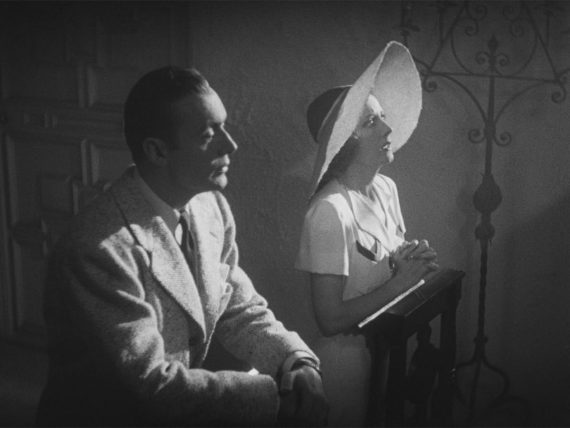 The sedate pace, overall, left me a little underwhelmed by the film too, though an important reveal in the final scene was suitably moving. I think a big issue I had with the drama was that it made little sense in my mind that Terry wouldn’t explain to Michel what happened on the day they were due to meet. I guess attitudes about disability have changed over the years, but, in my mind, if Michel truly loved Terry he wouldn’t care if she couldn’t walk and would be happy to look after her. She doesn’t seem bothered about having her old boyfriend Kenneth help out.

It’s not all bad though. There are still splashes of gentle humour in the second half and, on the whole, it’s still a well-crafted example of why the era was considered Hollywood’s ‘Golden Age’. There are some beautifully conceived shots, for instance, such as the central pair’s first meeting through a porthole and the graceful reveal of the Empire States Building in the reflection of a glass door.

So, whilst I found the latter half too sentimental for my tastes, overall it’s still a sweet, gently entertaining romance that floats along nicely. Those with a ‘sweeter tooth’ for this type of film will likely get more mileage from it, but I still found things to admire. 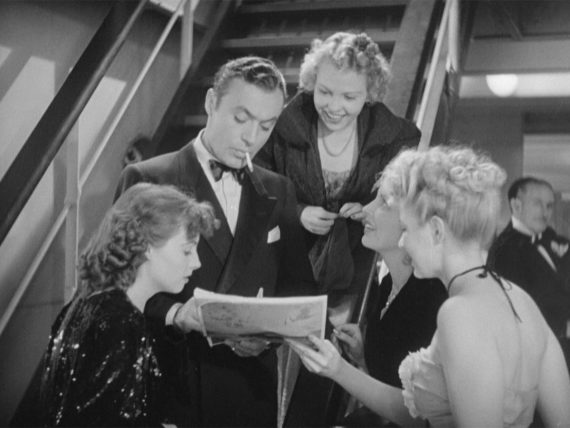 Love Affair is out on 21st February on Blu-Ray in the UK, released by The Criterion Collection. The original negatives of the film were lost and the public had to make do with transfers sourced from rough-looking 16mm telecine prints for a long time. Thankfully, MOMA had a 35mm print, donated by McCarey himself, and this has been painstakingly restored. It’s not from an original negative so isn’t as sharp as some old films I’ve seen on Blu-ray, and there’s a little flicker in literally one or two places, but the cleanup job is still superb. It’s largely very stable and pleasingly clear and consistent. The audio is decent too.

The film comes with a handful of extra features. These include:

The interview with Farran Smith Nehme provides an excellent overview of the film’s inception, production and place within McCarey’s oeuvre.

The restoration featurette helps you appreciate the state the film was originally in when only 16mm prints of the film were available for transfer. This new version is a mind-blowing improvement when you see clips of how it previously looked.

The shorts are a lot of fun. I particularly enjoyed Looking for Sally, which has its cheeky hero Charley Chase getting into all sorts of scrapes to win the girl through a well constructed madcap story. There’s some decent physical humour, a few stunts and some nice directorial flourishes here and there too, even if McCarrey was still finding his voice at this stage.

The radio adaptations are extras I’m not going to shout across the rooftops about but they’re nice for curiosity value.

So, another decent package from Criterion. A commentary would have been nice and a little more analysis, but the short films make up for things.