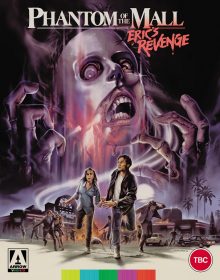 Phantom of the Opera in a mall!

That could be the whole review right there! It’s all one needs to know really about this great, goofy, and underrated 80s slasher. The concept sells itself and if you’re not onboard, well, then you’re missing out on a gory good time. However, there’s more going in Phantom of the Mall but as the not so subtle title suggests, it’s essentially Phantom of the Opera in a Mall. And in the 80s. And with kung-fu! And with Pauly Shore!

Good old Eric (Rydall) is super in love with Melody (Austin) and they just want to be happy together. But when some evil property developers burn Eric’s house down, with him in it, in order to secure the land to build a new luxury mall, Melody is devastated. Maybe not that devastated, as a year later she, and her friend Suzie (Sissions), take jobs at the newly opened mall (bit cold!) hoping to move on. But no sooner has the mall opened than mysterious noises are heard in the ducts and passageways and dead bodies start to pile up. The greedy developers and local mayor (Fairchild) don’t want anything ruining their new super mall or stopping locals spending their hard-earned cash, so try to cover up the slayings. But Melody, her friends, and a curious local reporter (Estes) know better and set out to discover who is living in the cavern below the mall. 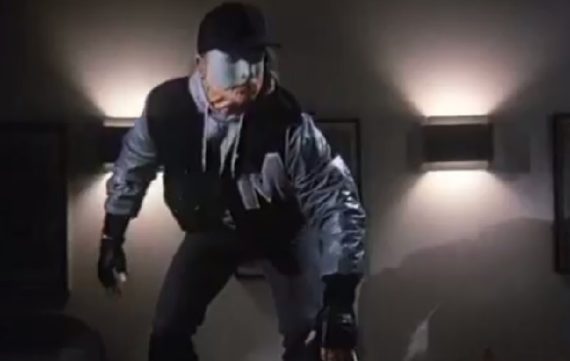 Obviously, it’s Eric (no big twist here!), who scarred from the fire, lives below the mall in a well-equipped cavern (complete with home gym and an impressive monitor set up so he can follow the action in the mall and spy on Melody!). Here he works out, practices his martial arts (no, really!) and plots his revenge against the evil developers and mayor. Masked up liked the Phantom, he stalks the ducts and passageways of the mall extracting his revenge on the scumbags who left him for dead and anyone who threatens Melody. In many ways, he’s a do-gooder for justice, taking out perverts, rapists and corrupt property developers. This leads to all kinds of great and gory set-pieces thanks to special effects ace Matthew Mungle (The Power, The Kindred). Phanton of the Mall utilises its low budget well, the single location allowing for a series of great kills and dangerous stunts sequences: death by escalator, eyes popping from their head, some impressive fire-burns and high-falls, and death by snake-via-a-toilet – which is just as mad and laugh-out-loud as it sounds.

For all it’s mad 80s giddiness, Phantom of the Mall is certainly creative and while scares and mood are sacrificed in favour of action and gore the film is still a lot of imaginative fun. Rydall is great as the Phantom (and yes, even gets to kung-fu fight at one point: pretty sure that wasn’t in Gaston Leroux’s classic novel!) and Gregory Scott Cummins (Cliffhanger, Stone Cold) makes a great adversary as the evil hitman brought in to clean things up. The location is used well and while the subterranean sets and ducts are impossibly huge, they add a cool vibe for the Phantom to stalk around. As mentioned, the stalk and slash sequences are well done with Mungle delivering some impressive effects and director Richard Freidman (Scared Stiff) keeps a tight reign on proceedings to deliver a fun, albeit bonkers, 80s slasher. 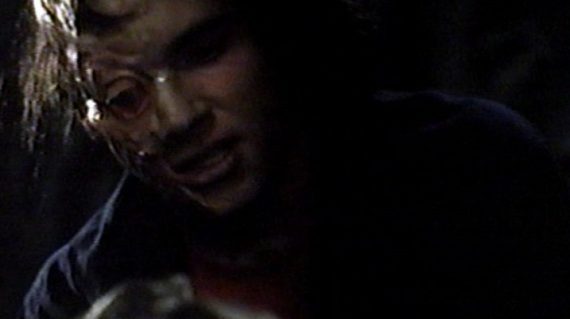 It’s so 80s it hurts on occasion (and the escape by motorcycle with side-car pushes the absurdness into the stratosphere!) but the cast are likeable, there’s great support from the likes of Morgan Fairchild and Ken Foree (in some auspicious stunt casting, he being the lead in another mall based horror, Dawn of the Dead) and the action and gore comes thick and fast making this a cool killer-on-the-loose slasher.

Unfairly bashed for years, Phantom of the Mall is ripe for rediscovery (with an array of impressive Blu Ray extras) and a rollicking good horror time.

DISC ONE – THE THEATRICAL CUT (BLU-RAY)

Integral Fan Cut combining footage from both the Original Theatrical and TV Cuts for the ultimate Phantom of the Mall experience! (96 mins)
– cool alternate cuts of the film that while don’t necessarily better the theatrical version (which is great as it is) provide cool curio takes on the material and do offer a bit more backstory. It’s great that Arrow can get hold of such rare cuts and include them as extras. 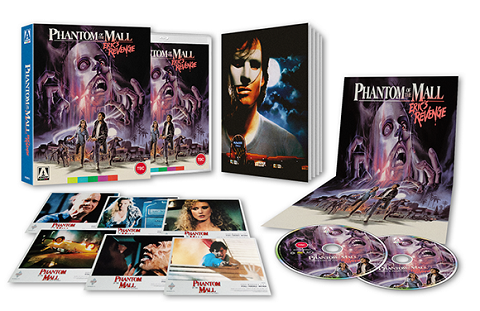